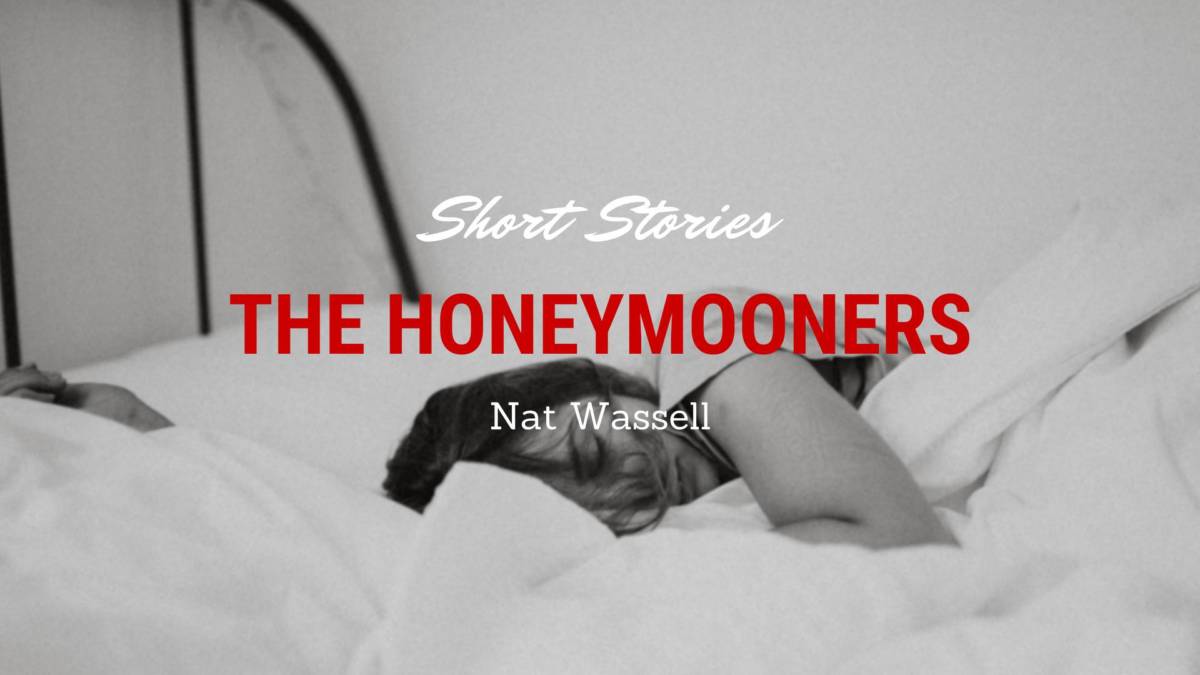 “I can hardly even believe you turned up. You’re not the most reliable woman, Val.”

“Shows how much you don’t know about me, then. I always clear my diary when it’s important.”

Captain was busy enjoying the newly discovered fact that something about being married to someone just said ‘give ‘em hell’.

“Are you going to shut up at all?” Valerie asked, her eyes narrowing as Captain shifted beneath her. “When you’re not actually talking at me, I can see you thinking.”

“Not likely,” Captain said, “But you’re used to that by now, right?”

She expected Valerie to roll her eyes, so was pleasantly surprised when she didn’t do that and just leaned down to kiss her instead. Now this was more like it. A gigantic soft bed, more pillows than any two humans could reasonably ever use at the same time, a gentle breeze blowing the curtains across the room, and Valerie, who seemed to have been studying up on this whole honeymoon thing.

Whatever that was, anyway. Honeymoon. Captain wasn’t sure that even she knew what they were meant to do now they were married, and she was supposed to be the good guy. Gal. Good gal. Getting to the wedding day had been hard enough, sneaking around and setting off decoys and making sure that Lieutenant Anderson kept her promise to lock Detective Oates in his office if he even thought about calling Captain in for something.

“Have you been reading books?” Captain asked, and laughed when Valerie blushed. “You have, haven’t you? Disgustingly romantic ones? With all the gross details?”

“You have,” she insisted, as Valerie sighed and rolled onto her side.

There wasn’t an answer to that, obviously. It would be petulant for Captain to suggest that she hadn’t enjoyed the things Valerie had been learning, just because she had gone and done said learning behind her back. So instead of whining, Captain just shrugged and grinned, trying to get her breath back.

“I just thought one of us should at least pretend they knew how normal people behave on their honeymoons.”

“You really don’t have to explain,” Captain turned to face Valerie and reached up gently to brush stray hair from her forehead. This was pretty new, this whole being gentle with each other thing, but all in all, Captain thought that it could be going much worse. They’d got through the teething problems, after all, like the first time they slept next to each other, woke up in a daze and Valerie had thrown her out of the bed before her brain woke up and said, no! Not this time. That had been a pretty big teething problem. To be fair. Pretty big. As far as those things went.

“What do you think they’re going to say?” Valerie asked, a wicked grin on her face.

“I have honestly no idea,” Captain yawned, “Don’t really care either.”

“Detective Oates is going to freak the fuck out,” Valerie pressed, bringing up her fingers to make glasses around her eyes, just like Oates wore. It was a childish thing to do, and Captain loved it. God, she loved it.

“You have to get Lieutenant Anderson to record his reaction,” Valerie continued. “We can put it on YouTube. ‘Fifty five year old cop meets his match with hot lesbians, and not in a fun way’.”

Valerie’s laugh was catching. It always had been, even back when they were at each other’s throats. Even when she was being terribly cliché, like the time she had Captain suspended over a tank full of jellyfish-shark hybrids that she had been busy creating for no reason other than keeping them in a tank to hang people over. Even then, with all of the blood rushing to her head, Captain had thought that she loved the woman’s laugh, and she’d been so embarrassed that she wouldn’t have even minded being dropped in the tank, just to put an end to it there and then. A good laugh had always been her weakness.

“He’ll get over it,” Captain said, thinking about how much he absolutely wouldn’t get over it, not at first anyway. Detective Oates would have to suck it.

“I suppose you could tell him it’s a new crime fighting technique you’re trying out,” Valerie mused, closing her eyes and settling on the mountain of pillows. “Marry the worst of the city’s villains, bring them to heel. He should throw you a parade.”

“Too frickin’ right,” Captain growled. “He should have thrown me a lot over the years. I’ve learned to cope with the abject disappointment.”

They lay side by side, in that extremely comfortable bed, on those extremely comfortable pillows, and Captain thought about the word ‘retirement’. After all, Valerie was right. She was the worst of the villains running around the town. Now that she’d probably chill out, perhaps the city would be able to cope with one of the younger heroes or even – God forbid – just the police force, like functioning cities were supposed to be able to do.

“What do you think about early retirement? For me, obviously. I don’t want to force you to do anything you don’t want to.”

“Don’t know. Kind of sexy though. Married to a woman who can do whatever she wants. Swan off when she feels like it. Spend all day in bed…”

“So do what you want, you doughnut. It’s your life. That city never owned you.”

“No,” Captain held onto that thought, as Valerie yawned and settled down to sleep, “It was always you.”

“I was doing it for you. Being out all hours of the day and night.”

“Aren’t they the same thing?”

Valerie opened her mouth once more like she was going to argue, and then put her head on one side.

“You know what…I suppose that they are.”