Home
Movies
‘What We Do in the Shadows’ Sequel Confirmed?
Movies
·1 min read

‘What We Do in the Shadows’ Sequel Confirmed? 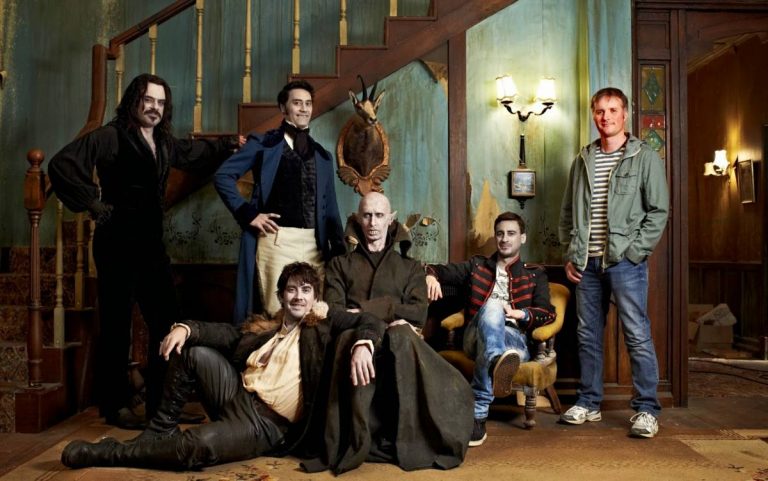 In a surprising bit of news considering the relatively small release of the original, a recent Seattle Times interview with Jemaine Clement has teased that there will be a sequel to the amazing What We Do in the Shadows.

The 2014 film followed the travails of a household of vampires as they struggled to come to grips with the arrival of a newly sired vampire. It was a refreshingly morbid comedy that went on to make many end of year lists and rightly so.

Cited as being “in the planning stages” and revolving around Rhys Darby’s control-freak werewolf character, it will be interesting to see how the New Zealand troupe joins forces again. However, considering how it wasn’t a direct quote from the man himself, we might just be getting a little bit ahead of ourselves with this one.

In the same interview, Clement goes on to discuss touring again as Flight of the Conchords and his new idea, Police Ten 7, which will feature the gullible cops from What We Do in the Shadows: “We’ve pitched a show for those two cops in New Zealand and we’ve made a mini-pilot,” he said. “At the moment it’s a paranormal activity division of the New Zealand police department. But we’ve already been told before we even handed it in that there’s no money for comedy and that TVNZ tried to make a comedy about a real estate agent and it didn’t go very well. But we still handed it in.”

Here’s hoping that the powers that by appreciate the genius of lines like “werewolves, not swear-wolves” and get this project off the ground as soon as possible.