INTERVIEW: Composer Jim Dooley On A Series of Unfortunate Events 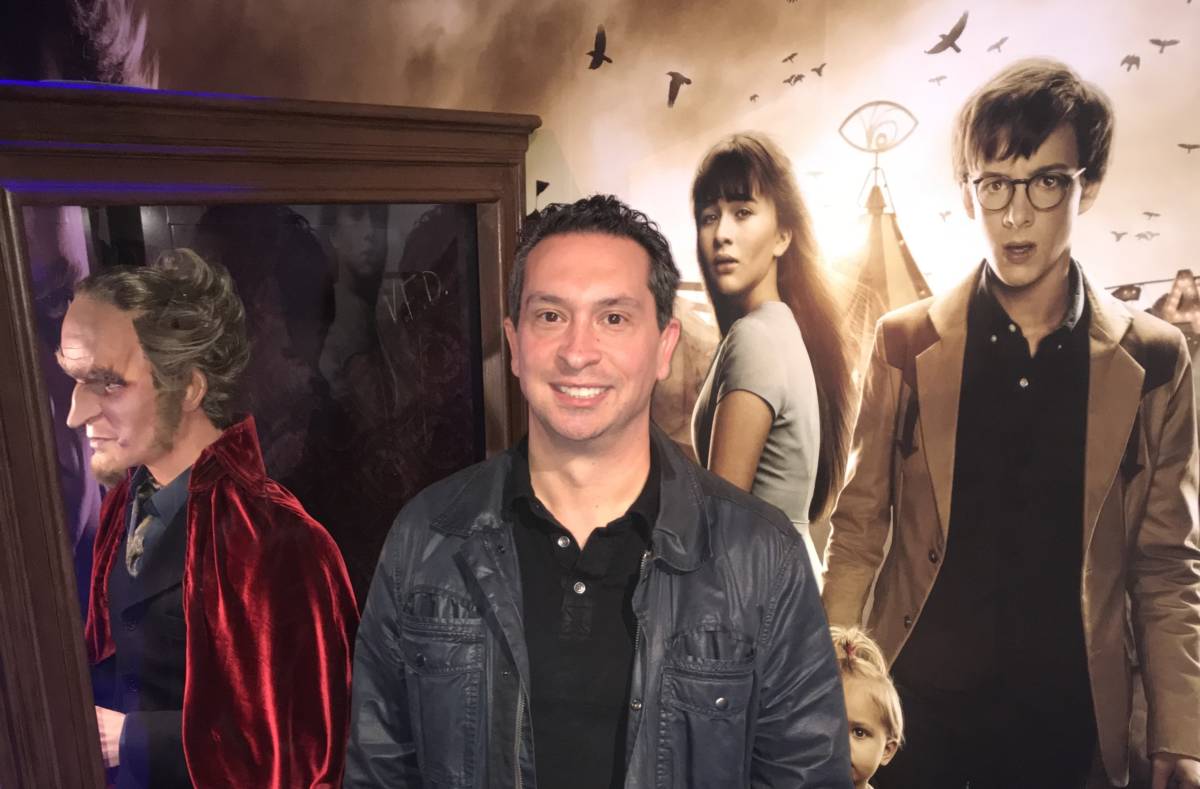 Known for his Emmy award-winning work on ABC’s Pushing Daisies and projects such as Disney’s Epic Mickey video game and the Beyoncé-starring thriller Obsessed, composer Jim Dooley is getting back to his TV roots, and is currently scoring Netflix’s uniquely imaginative tale A Series of Unfortunate Events, starring Neil Patrick Harris.

After listening to his season 2 score for the show, it is evident that Dooley is clearly in his creative element, as it covers almost every genre of music to fit the different books in the series. Highlights include the swing band sequence in the Carnivorous Carnival episode and the Latin style Mambo sequence in the Ersatz Elevator. We talked to Dooley below and got an inside look at how he creates a score to match the ‘hyper reality’ world ASOUE lives in.

How would you describe your score for Season 2 of A Series of Unfortunate Events?
The score for ASOUE is mix of mystery and caper with a good helping of hope. Each book in the series allows us to reinvent all the themes to suit the new locations we get to explore. For example, in The Carnivorous Carnival, we could bring in a whole world of circus instruments to help define our new locale.

Everything about the show including the sets and costumes is very over the top and imaginative. Were you instructed or did you feel any pressure to create a score equally on the same level?
The world that our show exists in is not the real world. We can make of it whatever we want. With Barry Sonnenfeld’s direction, our world of hyper-reality definitely reflects the production design and the costume design. This is one of the things that makes working on ASOUE such a treat.

In ‘The Ersatz Elevator: Part One’ episode when Violet pulls her hair back the theme is light and whimsical. Why did you pick that tone instead of something more intense?
Violet’s theme for inventing is orchestrated differently depending on the intensity of the scene. For example, the theme plays heavier when she’s going door to door in the penthouse on her search.

Is there one instrument that you start off with and then base everything else on that?
I map out all the cues on piano first although piano is rarely in the score. An actual piano sound is too normal to be used in any traditional way for ASOUE. I prefer to use unusual pianos such as ‘Tack Pianos’ or ones that are out of tune (usually for Olaf).

The score for this show, more so than others, really acts like another character pushing the story along, because in most scenes there is a lot of background music, not just at happy or sad times. Did this affect your general approach at all?
The score has to function in many ways. One way is to keep the show from getting too dark. We have found that when taking music out of the show some scenes will play a bit more sinister than they were intended to be. It’s a delicate balance that I always keep in mind.

What are some of the main differences in scoring a streaming show for Netflix as opposed to non-streaming for ABC such as Pushing Daisies?
There isn’t a great deal of difference in working for this Netflix show compared to Pushing Daisies. Barry Sonnenfeld and Bryan Fuller both are the leaders of their respective shows and I never have to try and please many chefs in the kitchen, so to speak. Not all shows are like this. With ASOUE, Netflix has given their full faith in Barry and that allows us to focus on what we know the show needs while being as creative as we can. I am abundantly grateful for that trust and flexibility.

You can learn more about Jim on his site.