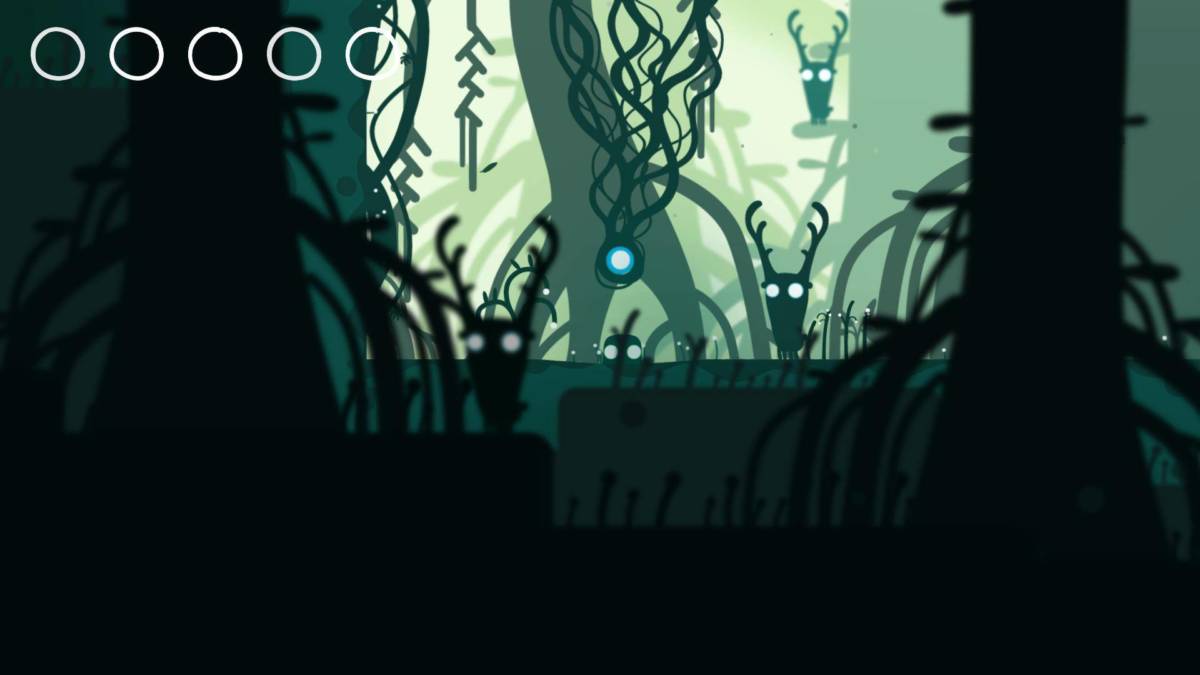 At their core, platformers are all fairly simplistic concepts. Often, the player must traverse an environment with the end goal being collecting a type of currency or item to proceed. And while all platformers, at their most basic level, share this design blueprint, what separates, and ultimately makes them memorable, is the way in which developers allow players to traverse these environments. The ingenuity of Semblance is allowing the player to discover the best way to deform the environment, and themselves, to successfully reach their goal.

Developed by Nyamakop, Semblance is a platformer for the Nintendo Switch, PC, and Mac, that flips the script on traditional platformer mechanics. The story of Semblance is one of an evil force that has infected the world, and the only way to defeat this evil entity is to collect orbs earned by solving environmental puzzles. But this is easier said than done. 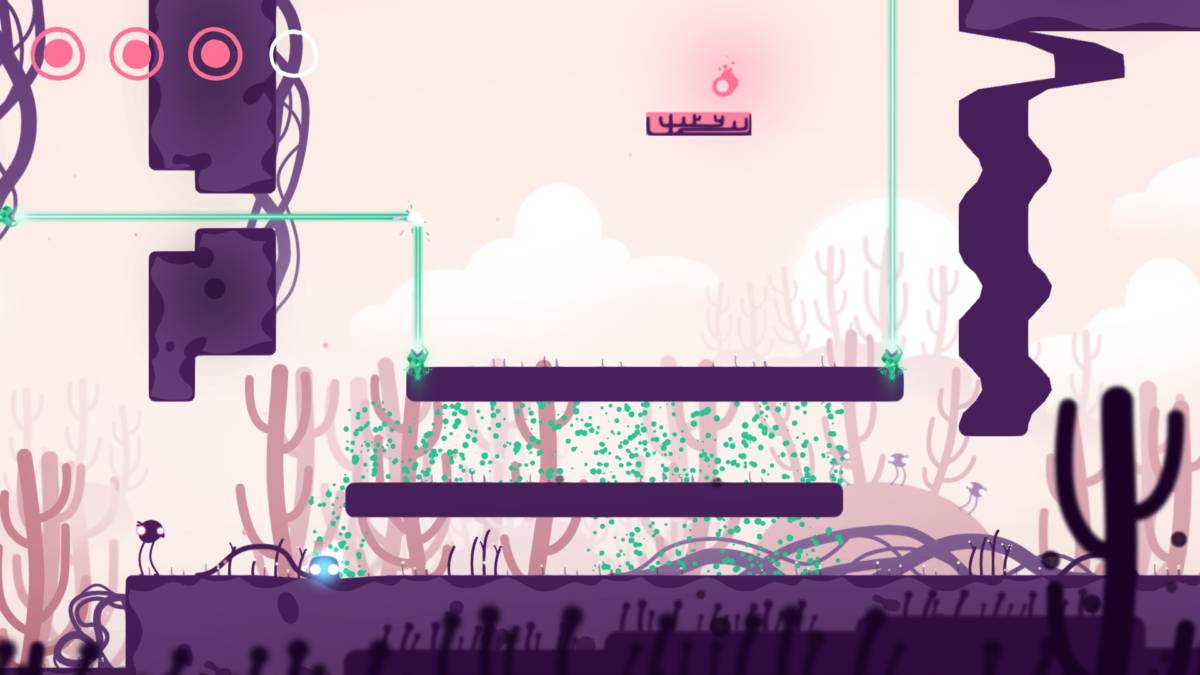 While the structure of Semblance is very much rooted in platformer tradition, its brilliance lies in its revolutionary mechanics. The player takes on the role of a malleable, unnamed creature capable of deforming itself and the world around it. In its most basic form, a square, the creature can run, jump, and perform a mid-air dash that can be used to travel across gaps or to manipulate environments.

For instance, if you jump and perform a dash move into a block above you, you will raise that block slightly, which can be used to access out of reach ledges. But this is only the beginning, as puzzles quickly introduce multiple new variables and considerably ratchet up the difficulty. 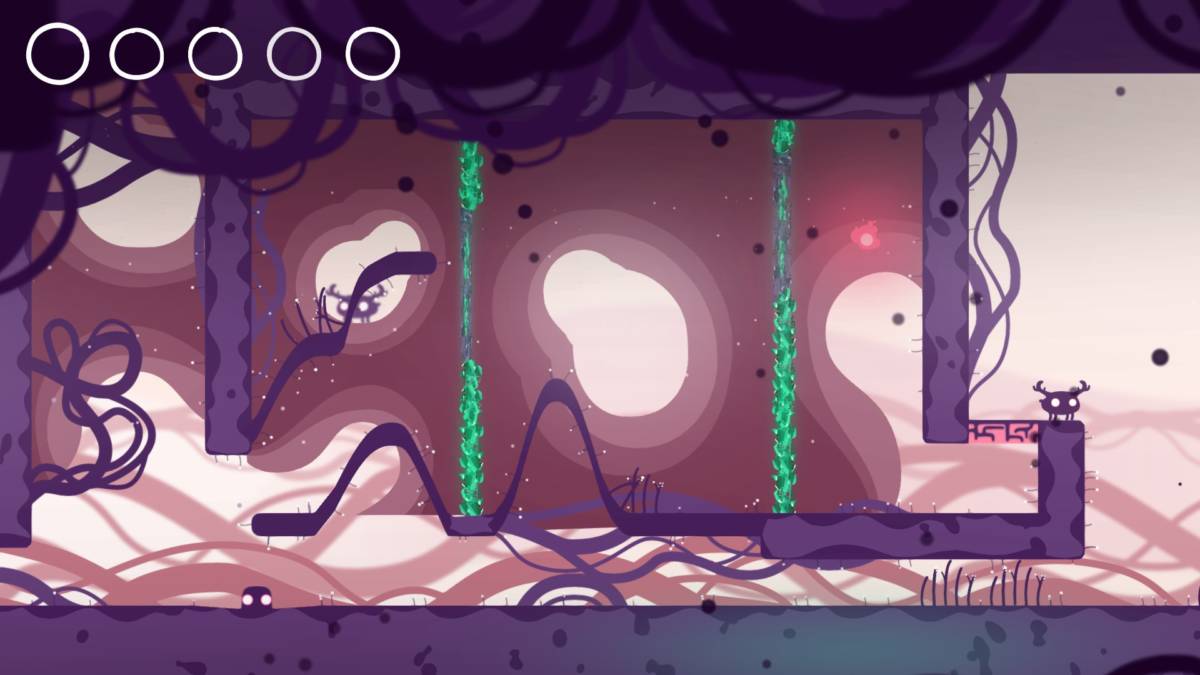 Variables such as new ways to deform your creature that are instantly reflected in the environments you come across. Dash jumping into the side of specific blocks will make your creature turn into a tall and thin amalgamation that can now jump very high but can’t pass through small entryways. However, dash jumping into blocks above you will flatten you into a pancake, making it easy to fit under small entries and glide, though your jump height is drastically reduced.

With each of these new abilities comes an environmental obstacle to counter it. Light barriers that, when passed through, will reform your creature to its original shape, floating enemies that can’t be killed or blocks that cannot be manipulated are all deterrents introduced. Initially, there are only one of these obstacles to contend with, but one frequently turns into two or three multiple step solutions to later stage puzzles. Semblance’s challenge is always evolving and thus so must the way the player thinks about each puzzle. 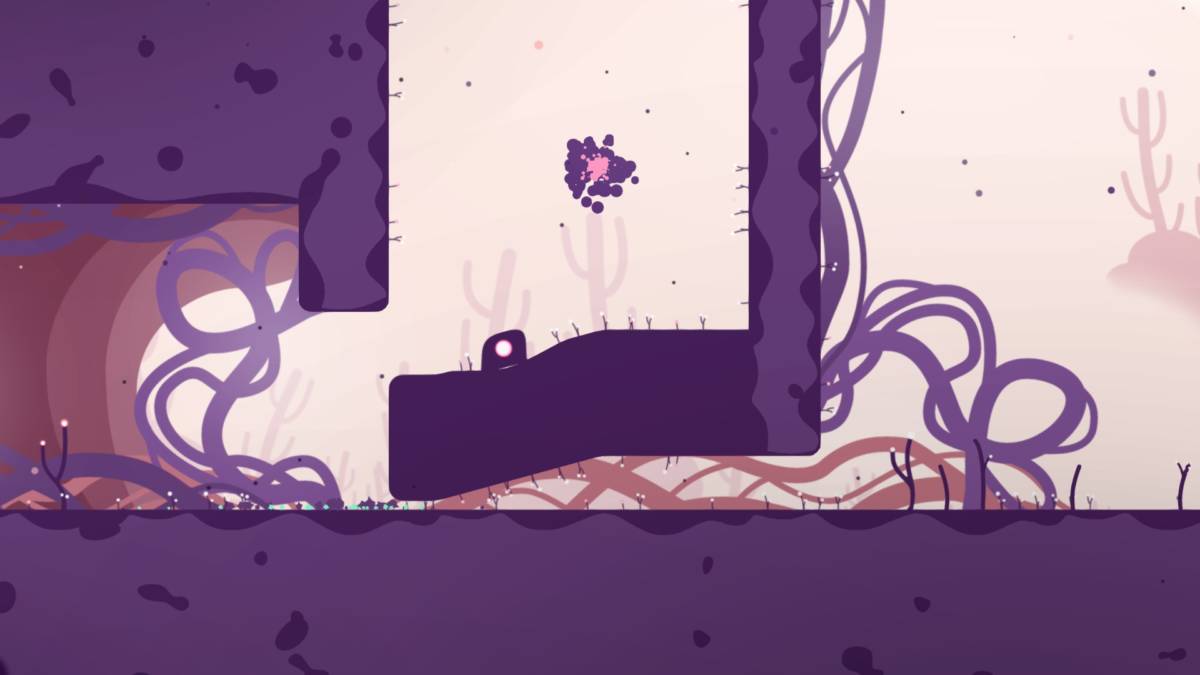 And for when the player is struggling to find the proper means to deform the environment, the reset ability comes in handy. Their creature can emanate an explosion that resets all of the environments within its blast radius to their original starting positions. So no matter how haphazardly the player has deformed the environment, they can choose when to wipe their environmental slate clean. This ability pushes the game’s emphasis on experimentation and further illustrates the freedom of players to solve puzzles any way they wish. While most puzzles have a specific way they should be solved, there was a handful that I solved by unconventional means.

The concept of Semblance is simplistic, yet the ways that its ideas are adapted are what makes it as groundbreakingly original as it is challenging. At times the order of the puzzles may seem backwards, given that sometimes more challenging puzzles appeared at the beginning of a zone, followed by simpler ones. But I found that this aided the pacing of the game and ultimately served as a teaching moment for those like myself that needed a refresher on the core mechanics. The freedom to solve puzzles of unlocked zones in any order the player prefers grants a brief reprieve from the most challenging ones. Practice through solving easier puzzles helped me to discover the error of my ways, and upon return when conquering skipped puzzles, filled me with a triumphant glee seldom felt in most platformers. 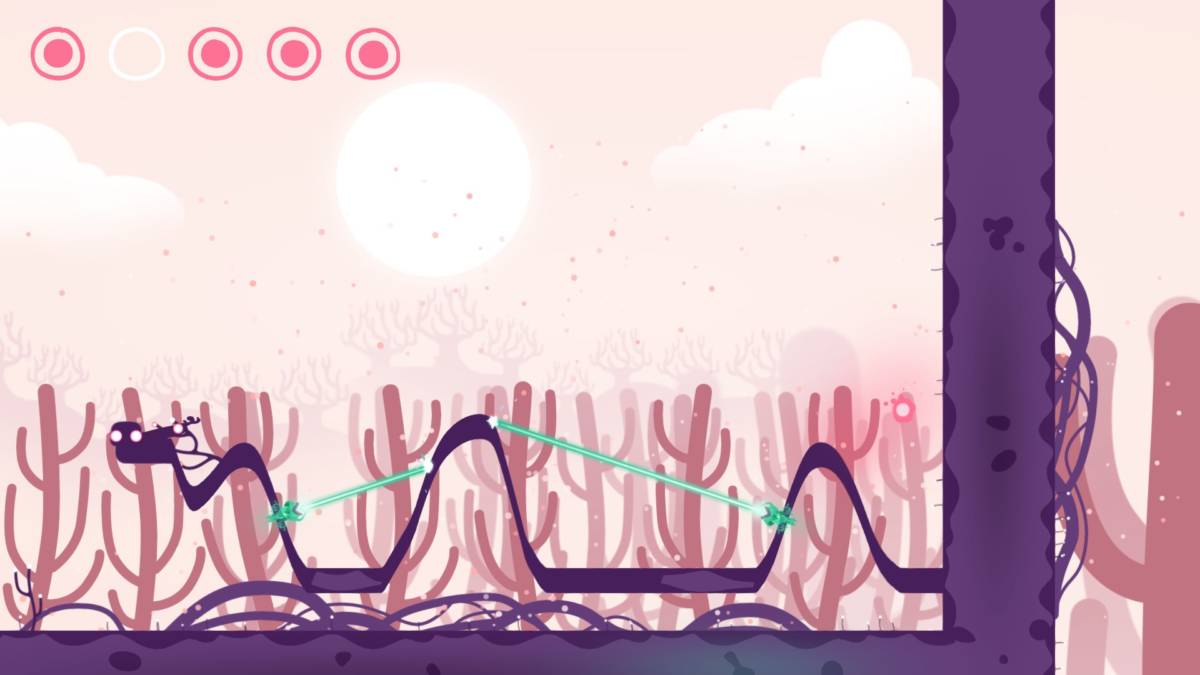 I found Semblance’s approach to solving puzzles to be inviting for those like myself who aren’t hardcore puzzle fans, as my progress was very rarely wholly halted. This resulted in very few moments of overt frustration, but rather offering teaching exercises that always resulted in an “aha, I’ve got it!” moment of clarity. Often, I would find myself overthinking the most simplistic puzzles after becoming stumped by a more challenging one, given the discrepancy between difficulties. Usually, unbalanced difficulty spikes are a detriment to pacing, but given the freedom to wander about the zones instead of my progress being completed stopped, it never felt this way. Which is the best compliment you can give a puzzle-focused platformer. Overthinking often being a result of being presented with truly original puzzles, unlike anything experienced in other platformers.

Semblance’s originality extends from its gameplay to its presentation, offering a visual style that conveys a world players want to explore. A lack of dialogue and text, leaves the player to infer the games story through obscure cave paintings and brief cutscenes. While this is a trend with many indie titles, this ambiguity in conjunction with its art style and quirkiness gives the game its fantastical aesthetic. The gorgeous color palette and intrinsic art style create a dreamlike state acting as a nice contrast to the challenging platforming the player undertakes.

Platformers have become a genre that allow indie developers creativity to flourish by focusing on a single, original gameplay mechanic that makes or breaks the experience. Semblance is a perfect case study of this, as it takes the simple goal of traditional platformers and provides a revolutionary way for players to bend the world around them. A world that defies traditional physics and logic that continually challenges the player’s understanding of even the most simple puzzles and mechanics.

Verdict
By challenging traditional platformer mechanics, Semblance has redefined environment traversal in an unprecedented way, making for an unforgettable puzzle platformer. Microtransactions: none
9
Cultured Vultures is a pop culture website established in 2013 covering all things gaming, movies, and more. We eat your words.
All The News On The Biggest Games