What Is Screen Space Ambient Occlusion? 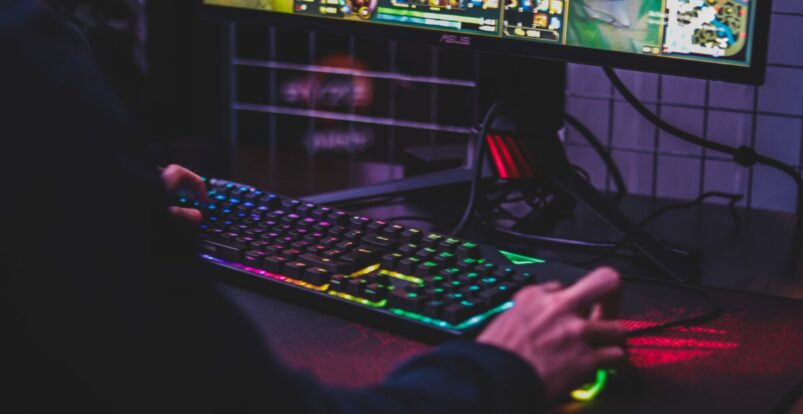 Ambient occlusion effects can sometimes be found in the graphic settings options of certain games. Typically, you can turn it off and on or adjust its level. It is most well-known for being a visual setting in the game Crysis, released in 2007. In fact, Crysis was one of the first video games to use ambient occlusion.

What Is Screen Space Ambient Occlusion?

Instead of using shapes to gauge space and shadow placement, SSAO utilizes a bit of deception. Screen space ambient occlusion employs pixel depth to give the sense of changes in lighting, essentially allowing for more varied lighting without being as resource intensive.

SSAO is a good option when developing certain games, as it saves on processing power while making the lighting more realistic through dynamic rendering. If you have little CPU power or use an older system, SSAO is great when playing games.

In 2007, Crytek released a title that taxed GPUs around the world. Part of the reason why Crysis was so resource-hungry was because of ambient occlusion. It was a new concept, well in its infancy, but with a little tweaking and some technological advancements in gaming, developers were able to make it a commonplace option.

According to the Unity manual from Unity Technologies, when developers look at implementing ambient occlusion, they have to consider seven factors:

Radius – The “radius” of the gap where occlusion will occur
Sample Count – How many times ambient occlusion will be implemented
Occlusion Intensity – How dark the occlusion will be
Blur – Will there be blur or noise added to the darkness
Downsampling – The resolution the calculations will be performed at
Occlusion Attenuation – How fast will the occlusion occur, specifically in distant objects
Min Z – Fix artifacts that occur with occlusion

Pros and Cons of SSAO

Screen space ambient occlusion uses little to no CPU to work properly. You get beautiful visuals at a quarter of the output costs.

There are also no load times for SSAO. This allows for a smoother game, which often appeals to designers and players alike.

Simply put, SSAO is a viable and sleek equivalent to normal ambient occlusion. With this being said, it isn’t without flaws.

When using screen space ambient occlusion, you won’t reach the complete graphical power that you would achieve otherwise. SSAO focuses on what you’re actively seeing in-game, which produces a sort of tunnel vision.

However, it isn’t absurd to sacrifice ridiculously high visuals so that you can adequately run your PC or laptop. If you don’t mind viewing stunning visuals scene-by-scene, SSAO is your best bet.

Other Types of Ambient Occlusion

Horizon based ambient occlusion, or HBAO, was developed by Nvidia. It addressed the noise and grain that sometimes occurs due to screen space ambient occlusion. HBAO considers the ambient light and the environment instead of assessing the pixels.

There is also High definition ambient occlusion, or HDAO, developed by AMD. It’s basically the same as HBAO, but it is meant for AMD graphics cards instead of Nvidia graphics cards.

Lastly, we have voxel ambient occlusion, or VXAO. This is the closest video games can get to achieving visuals that resemble reality, but it’s extremely taxing. Currently, very few games actually use this version, with Rise of the Tomb Raider being one of them.

READ NEXT: What Is Tessellation In Gaming?