Sami Zayn Should Be the Face of Smackdown Live 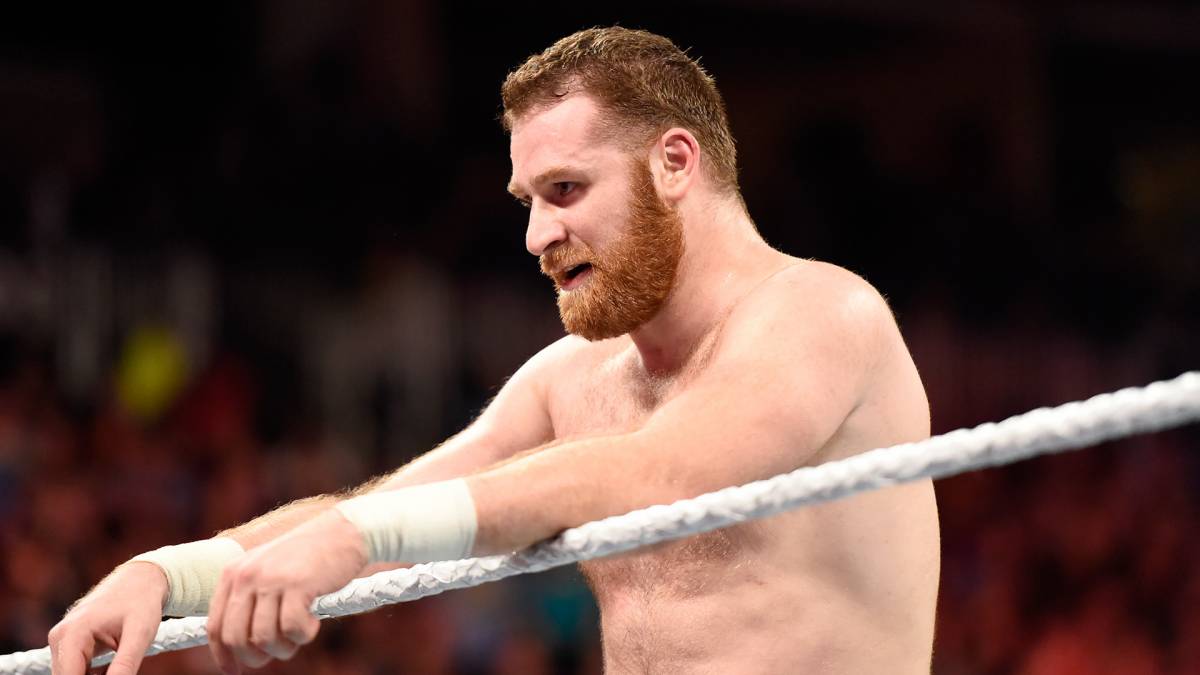 When you think of the best matches in WWE over the past few years, one name is sure to come up time and time again. Whether that name’s accompanied by Shinsuke Nakamura, Cesaro, or Kevin Owens is down to personal preference, but there’s no denying that Sami Zayn has been a serious force in garnering love from the indies to the big W.

It’s a shame that the company have yet to show him the same respect. The man who put a burgeoning brand that used to be a game show on his back and carried it all the way to the phenomenon that it is now deserves far better than what he’s getting on RAW. The Sami Zayn that helped to transform NXT and the Sami Zayn that lost to Braun Strowman in a squash match couldn’t be more worlds apart.

During the WWE Draft, it was easy to call where a few talents would be going. John Cena was odds-on to take an easier role at Smackdown Live, Seth Rollins was never not going to be paired up with Stephanie again, and Sami Zayn looked like he would make his way over to SD and do exactly what he did with NXT: bridge a gap between the hardcore and the casual fan. It was a big surprise to see him drafted to RAW instead, an environment he was always doomed to fail in, even with the extra hour of TV time to utilise.

Apart from facing The Miz in a cross-brand bout at the recent Survivor Series for the Intercontinental title, I can’t think of any other angle he’s been involved in of any merit. It’s like he’s been forgotten, Katie Vick style.

The last PPV before the brand split, Battleground 2016 is also incidentally one of the year’s best, giving Zayn the opportunity to show what he’s capable of in the process. Even though they had countless seen many different iterations of their feud in the past, the crowd were baying for Zayn vs. Owens in a supposed “decider” for their long and heated rivalry. After the unforgettable Helluva Kick Zayn delivered to Owens and the subsequent pin for the win, it looked like his stock was on the rise and that he would soon become a big name within the company. That honour instead fell to Owens.

Quite why Zayn has yet to receive any sort of substantial push is up to the dirtsheets to speculate on and lie about, but whether it’s through injury concerns or his not fitting the template, Zayn isn’t what RAW needs and RAW isn’t what he needs. The perfect match? Zayn and Smackdown Live.

Although it’s being praised to high heaven by fans and critics, there will come a time when the threadbare nature of the upper card on SD Live will become all too obvious – Dean Ambrose and AJ Styles can only fight for so long. The only other immediate contenders would be Bray Wyatt, John Cena, and Randy Orton, but as the show is all about new blood, the latter two simply wouldn’t fit. A rejuvenated Zayn would be the ideal face of the new Smackdown Live.

Whether it’s through sheer ring talent or competent work on the mic, Zayn has always had a special connection with the WWE fans. As the brand that prides itself on more genuine wrestling talent than backstage skits, Zayn’s trade to Smackdown Live feels more like an inevitability than a possibility. With the tutelage of Daniel Bryan, Zayn could be seen as the champion of the new movement, the rare babyface that appeals to smarks and casuals.

The amount of dream matches that are possible for Zayn on SD Live might not be quite as broad as they would be on RAW, but when he’s getting roughly the same treatment as Tyler Breeze did after his call-up, it hardly matters. Once he makes the jump to Smackdown, he could be embroiled in a feud with AJ Styles almost immediately, resulting in countless almost certain classics and the momentum push that he deserves. At the very least, he could be the guy to finally tear the IC title from The Miz and build it up to where it needs to be.

The career of almost every wrestler you can think of has been transitional at one point or another, a rough idea of what they would later become. Before he was Stunnering everything in sight, Stone Cold went by The Ringmaster. Prior to becoming a cinematic beefcake, The Rock had blue tassels and was a chipper character that everyone hated. In five years time, don’t be surprised to hear people talk about Sami Zayn’s rise from RAW also-ran to the face of Smackdown Live the same way they do with those two icons.