As the Grimm continue to threaten Atlas, Ruby and her friends move to sneak into Ironwood’s military command. 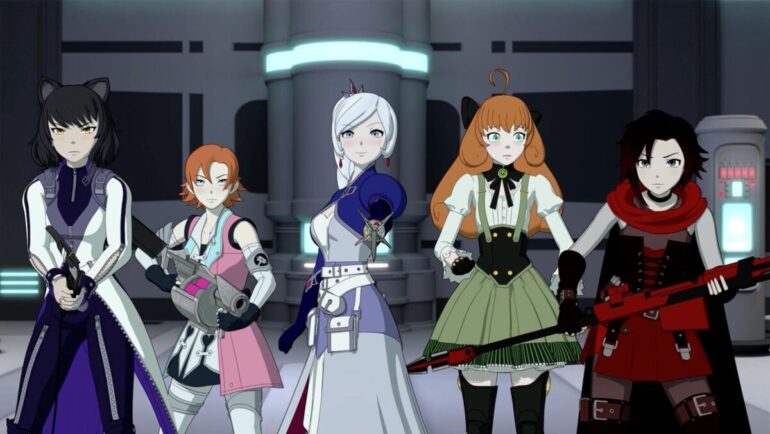 While the pacing of volume 8’s first two episodes may have been a bit slow to start off with, they succeeded in creating a good foundation for ‘Strings’ to build upon. With Ruby and her group of friends making their way into the Atlesian military to activate the Amity Communications Tower, the episode promises to deliver on more action and drama for the rest of the volume.

They then use May’s invisibility field semblance to sneak into the building, narrowly avoiding guards along the way. There’s some interesting dialogue in the background as the group sneak by some soldiers, where they reflect on the horde of Grimm at their doorstep and hope to get some answers from Ironwood. It would certainly be quite the plot development to see if the Atlas military ends up losing faith in the general. Maybe Winter’s going to lead a coup d’etat against him. Again, the writers put in another piece of comedy: When the group move to sneak around a pair of soldiers in an elevator with the invisibility field, Nora pushes all the floor buttons on the panel on their way to leave. Pretty lucky the guards were too enthralled in their conversation to push a button before Nora did.

They are able to sneak further into the building, thanks to Penny’s abilities as an android, up until a point where she also humorously points out to the rest of the group that their objective is right on the other side of central command, which is full to the brim of Atlesian military personnel. When May says she won’t be able to get them through, Penny points out that Ruby can get them through with her semblance. It’s interesting to see semblance abilities being talked about on a scientific level, but if Ruby’s semblance is just her breaking herself down into molecular components to get from point A to point B, does that make Ruby’s ability a glorified version of Wonkavision from Charlie and the Chocolate Factory? Either way, it’s a nice bit of exposition.

‘Strings’ briefly transitions to Ironwood walking into a room, where he has Dr Watts heavily guarded as he tries to work on hacking into Penny’s system. While it certainly is one way for the general to try and get a one up on the group, giving a cunning villain who has intimate knowledge of the Atlesian military’s data network access to a computer terminal to hack into Penny isn’t the wisest idea he’s ever had. While Watts may be a genius in the field of computing, surely the general has other technical staff who are loyal to him that he could get to complete the task.

It is handy for one thing though, as Watts points out that Penny has got into the building, prompting Ironwood to put the base on lockdown. Without many options, May uses her invisibility semblance to trip up one of the computer staff who coincidentally happens to be carrying a cup of coffee, causing it to fly onto one of the computers and burn one of his colleagues. This gives Ruby enough time to use her semblance to fly her and the others past the central command.

After more sneaking and deactivating a forcefield into a highly classified room, the group successfully accesses the computer terminal for Amity Tower’s launch sequence. Here, ‘Strings’ slips in one last piece of comedy, as Pietro remotely takes over Penny so he can access the terminal, surprising Ruby when his voice comes out of her mouth. Meanwhile, the rest of the group reflect on how unusual it seems for Yang and Ruby to butt heads. This is quickly resolved with Weiss pointing out it’s not unusual for sisters to not always agree.

While this is a fair explanation, it still feels a bit unsatisfactory. Yang still sees Ruby as her baby sister who needs to be protected, so it still feels a bit off. They then talk about Nora’s co-dependent relationship with Ren. This is a promising angle to go for, to have Nora develop as a character on her own instead as part of a pair. It’s also nice to see Blake share comforting advice with her, considering her previous relationship with Adam.

After Pietro finishes his work on the terminal, Penny resumes back to normal and there is a further development in her character. After she says she can help the evacuation as soon as Amity Tower is activated, she is instead encouraged to join it with Pietro and Maria to prevent Salem from getting the powers of the Winter Maiden. It’s very compelling watching this character who was proud of being the protector of Atlas struggle with the rising conflict and her role in it all.

As the group turn to leave, they end up encountering the Ace Ops. At first, they try to convince Penny to join them willingly, then antagonise her to the point where she goes out to face them. As she does this, Harriet separates Penny from the rest of the group by reactivating the door’s forcefield. What follows is an action-packed fight sequence where the Ace Ops go up against Penny. It’s easy to tell the animators had a lot of fun with this, with Penny using her new Maiden Powers as well as her combat technology against a group of tried-and-tested warriors.

Just as it seems Penny is about to be taken in by the Ace Ops, Nora uses her semblance to absorb the power of the forcefield blocking them off, allowing Ruby’s group to help Penny, but also severely injuring Nora and knocking her out. Just as it seems to turn into an even fight, Watts ends up passing along some information to the Ace Ops through Ironwood. A brief fight starts up again, with the Ace Ops wiping out Ruby’s group and stealing one of Penny’s swords, prompting them to retreat.

Ruby’s group eventually escape the military compound on a ship that May stole. In an emotional scene, Penny says her apologies to an unconscious Nora, and a farewell to the rest of her friends before she makes her own way to activate the Amity Tower. It’s only a few seconds long, but the music and emotion given out by the voice actors makes this a scene to tug on the viewer’s heart strings.

‘Strings’ concludes with the Ace Ops giving Ironwood Penny’s sword. He, in turn, gives it to Watts, who muses ‘If you can’t beat them, then make them join you’. It’s a very ominous note to end the episode on, but as previously mentioned, trusting Watts with this much power is only a recipe for disaster for Ironwood and his forces. However, it does provide some questions for the future and where it’ll take the plot. Will Penny end up hurting the people she was sworn to protect? Was this part of Salem’s master plan?

‘Strings’ has proven to be a strong episode which shows a lot of promise for the future. Being an action-focused episode after a few more talky installments, it had some strong points going for it. It was great to see Ruby and her friends getting back into action, as well as additionally character development for the ancillary characters. While Ironwood is clearly not operating at 100% brain capacity by allowing one of the bad guys to do things on his behalf, it’ll be intriguing to see how Watts can mess things up in future episodes. 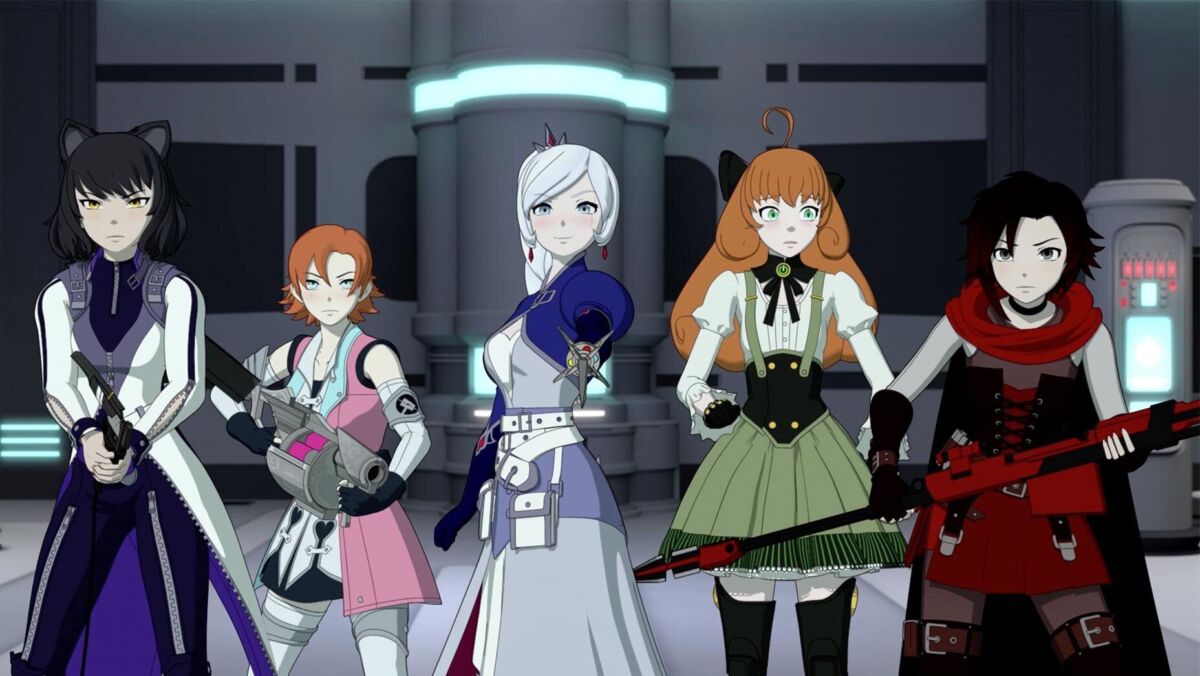 Verdict
RWBY meets Metal Gear Solid in an episode with some tense infiltration, comedy and action.
7.5
Cultured Vultures is a pop culture website established in 2013 covering all things gaming, movies, and more. We eat your words.
All The News On The Biggest Games