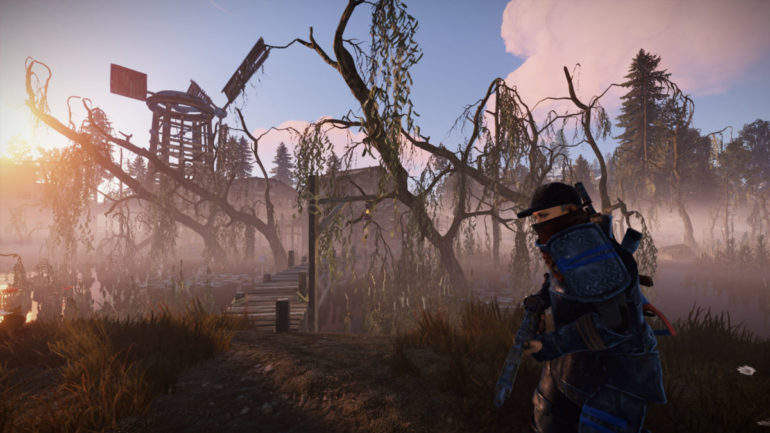 Rust: Console Edition is one of the most anticipated new games of 2021, despite it being a port of a game that’s been around on PC for many years. Featuring many changes from its PC counterpart, Rust’s console version will be landing for PS4 and Xbox One after a long wait, but will it also be coming to PS5 and Xbox Series X | S?

The short answer is: sort of. Both games will be playable through backwards compatibility on PS5 and Xbox Series X | S, but there hasn’t been any mention of native versions for either, despite them being the better equipped platforms to deal with a resource-hungry game like Rust.

Playing Rust on PS5 and Xbox Series X | S as their PS4 and Xbox One versions may bring a smoother experience than on the older consoles, though this will be because of each console’s native boosts for older games, rather than anything Double Eleven have added themselves.

Why No Rust PS5 and Series X | S Versions Yet?

If you’re wondering why there’s no PS5 and Xbox Series X | S versions of Rust just yet, the simple answer is time, as well as just how much work has gone into even making the game work on PS4 and Xbox One.

Double Eleven have had to work incredibly hard over three years to get Facepunch’s PC giant to work on the older systems, especially the base versions that came out back in 2013.

On PC, Rust has a minimum requirement of 10GB of RAM, and 16GB for recommended settings. The PS4 and Xbox One, taking all things into account, are under half of that minimum spec with 4.5 GB of RAM. It’s been a very tall task for them to make Rust work on what’s nearly ten year old technology, including having to “rip apart and rewrite major engine subsystems within Unity” to make the game even load.

It would be very strange if Rust would only ever be available via backwards compatibility, so yes, look out for Rust being confirmed for PS5 and Series X | S at some point in the future

As for when that might be, it all depends on how well the launch of Rust on PS4 and Xbox One will go. There will be a lot of things to sort out and fix when it fully launches, so Double Eleven’s priority for the foreseeable future will almost certainly be on patching and also updating Rust to bring it more and more in-line with its PC counterparts. It’s missing a tonne of features, which Double Eleven have said they will be adding back over time.

For a pretty conservative guess, we think Rust may get its own PS5 and Xbox Series X | S versions a year or more after it launches on PS4 and Xbox One, similarly to Cyberpunk 2077. As long as Rust runs a little better than that at launch, its console future looks very promising.

Rust is available now on PC.

READ NEXT: 5 Survival Games You Should Play If You Like Rust