Rust PS4 & Xbox One: How To Change Skins 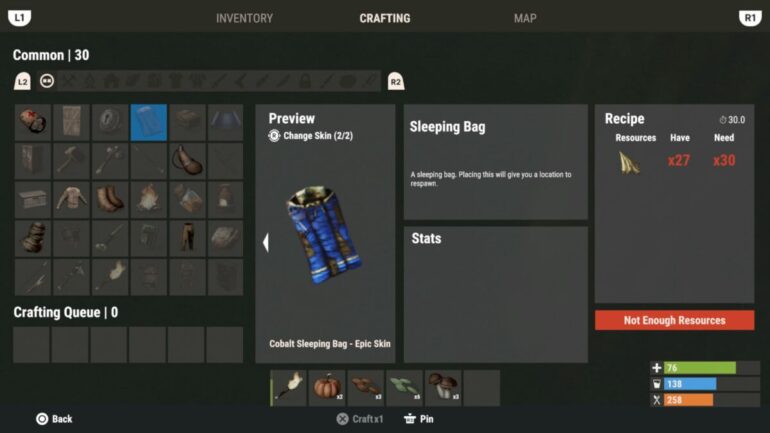 Rust: Console Edition, while not completely finished in terms of features, does have one feature that’s pretty much standard with most multiplayer games: cosmetics. How do you change skins in Rust on PS4 and Xbox One, though?

Well, it’s a lot easier than you might think. Hit up on the d-pad and then select Crafting. Browse through all of your blueprints and then use the right stick to select your skin for a specific item. Craft it and then you should have a newly skinned item. Note: you can’t reskin something that’s already been crafted in Rust: Console Edition.

This is how you get to apply the New Cobalt Employee – Welcome Pack and Elite Combat skin pack from either of the more expensive editions of Rust on console. As for other skins, there’s a chance that you’re reading this when the Skin Store is closed, as Double Eleven are working to optimise the game more before adding that feature.

Once it’s live again, you will need to buy Rust Coins to buy new skins in Rust: Console Edition. You aren’t able to transfer skins between the PC and console versions of Rust as they’re basically different games.

Rust: Console Edition is available now for PS4 and Xbox One.

READ NEXT: Rust PS4 & Xbox One: How To Enable Aim Assist