How does a £25 game drop to less than a fiver in just over two weeks? 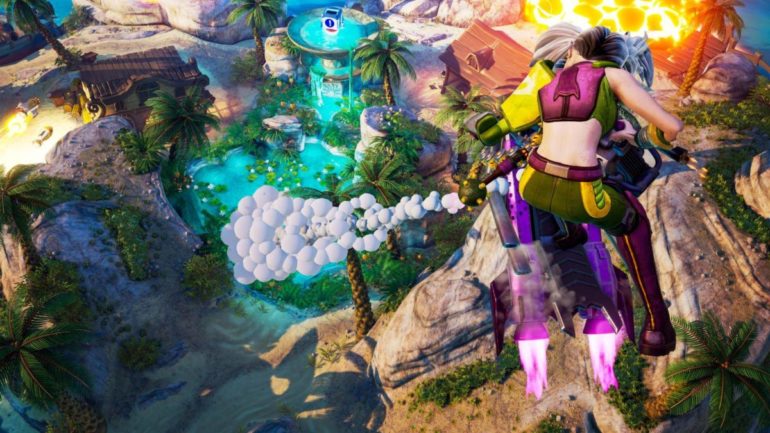 I don’t think I’ve ever seen a game plummet in price quite as dramatically as Rocket Arena, a 3v3 arena shooter with a whole bunch of rockets that’s published by EA. I speculated at the time of its release that its price point was too high and that EA were doing just the worst job of promoting the game to make it seem worth the money, and I sadly think I might have been right.

Costing £24.99/$29.99 for its Standard Edition and £34.99/$39.99 for its Mythic Edition at launch on July 14th, discounts weren’t far behind at all for Rocket Arena with it dropping by the digit seemingly every day. At this time of writing, you can buy the game on the PlayStation Store in the UK for £8.74. The Standard Edition, meanwhile, is £4.24. On Amazon, the physical version of the Mythic Edition will set you back £7.15.

That’s honestly staggering and just a little bit sad. It’s even going into the EA Access Vault on July 31st, which isn’t a great sign of how well it’s performed so far. Most EA games take 3-6 months before they wind up there, but then there’s Rocket Arena, vaulted just over two weeks from its release date.

So, what’s behind Rocket Arena’s apparent failure? Well, its premium price point is probably the biggest thing. A lot of people have come to expect multiplayer-only games to release as free-to-play experiences — the game was even developed to be F2P before EA snatched it up. The fact that it kept the business model of a F2P game — those dreaded microtransactions — probably didn’t help it either.

The next biggest cause of Rocket Arena’s poor launch has to be its competition. Purely off the top of my head, Rocket Arena is competing for the spotlight with Warzone, Fortnite, Apex Legends, Hyper Scape, and even the recently released Rogue Company, which came out at a much lower price point. That’s without even mentioning the likes of Overwatch, which the game takes some design cues from. In the midst of all of those, can you honestly say that Rocket Arena stands out? I’m not so sure.

I say this situation is “almost” a tragedy because the quickness with which EA has moved to change things has left me a little suspicious — there’s already an exclusive skin for its EA Access launch. I don’t want to put the tinfoil hat on here, but it’s definitely hovering above my head.

To me, it looks like EA might have wanted to get money out of curious early adopters before then shifting to another business model for the game, one that will eventually see it going fully free-to-play with a bigger emphasis on microtransactions. I don’t think I have ever seen a new release from a big publisher plummet this dramatically so quickly, and I’ve certainly never seen one with such a clear back-up plan in place.

Maybe I’m just being entirely too cynical, too used to how the industry works and operates. Perhaps someone at EA just got it completely, horribly wrong. But when your multiplayer game with cross-play seems to be struggling right out of the gate, something has to be amiss.