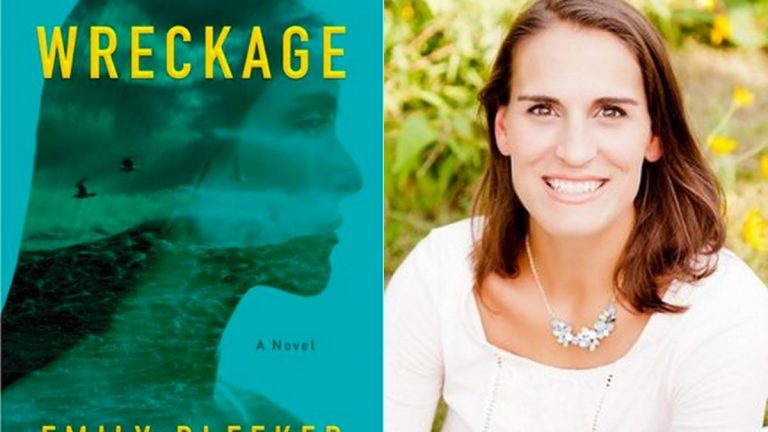 I like a good dual-time narrative, it is always nice to have something to make a change from the normal linear narrative. So, Emily Bleeker’s debut novel, Wreckage¸ was a nice change for me, especially whilst studying for my Master’s degree. Even considering the content of the novel, it felt almost like a holiday. The plane crash/deserted island storyline did slightly put me off flying for a little while, I must admit, but it worked wonders as to grabbing and holding my attention.

Bleeker has brought a storyline that has been used over the years into the twenty-first century. Her involvement of the news and press in the novel is very realistic. She also shows us the power of the news – its ability to sell and only tell the story that want to be heard. But, also, to the reader’s pleasure, she depicts characters who work their way around the news. Their lies to the news/press is what drives the story, we want to know why they won’t, or can’t, tell the truth.

The reader feels the pressure building up in every section of the story that set in the present, the lies the characters tell are slowly killing them. Bleeker takes us back to the aftermath of the plane crash and hand feeds us little snippets of information so we can form the entire truth of the situation.

Although Bleeker has managed quite successfully to write a novel that gathers suspense, grabs the readers’ attention, and brings to life very interesting characters, it is her depiction of the role of the news/press and her observations of the life after trauma that makes this novel significant.

This isn’t a best-seller crime/mystery novel though. Of course, the reader will not be able to wait to find out exactly happened on the plane, and on the island, but it is her characters that really make this novel a great read. Without giving any spoilers, it is hard to explain why the ending of this novel is both great and a little hard to believe.

Trauma and removal from everyday life makes it almost impossible for a person to settle back into their old lives, the lies the characters have to tell also make this experience worse and the reader will fall in with on their journey back to reality but the where the relationship leads for the two main characters, Lillian and Dave, leaves the reader unable to be perfectly sure that everyone is as happy as they appear to be. But, we cannot forget that this may be Bleeker’s intention: can anyone ever be happy back in their old life after such an event?

Wreckage is still a great read and definitely worth your time, I suggest you pick it up and take it on your summer holiday. With the sun and sea, you’ll finish the page-turner in no time at all. If you like Bleeker’s writing style, you’ll be glad to know that her new novel called Letters is due to be released March 2016, making it less than a year between the two books. With such a good debut novel, there is no doubt Letters will be book to look forward to.