Home
Books
REVIEW: ‘The Only Ones’ by Carola Dibbell
Books
·2 min read

REVIEW: ‘The Only Ones’ by Carola Dibbell 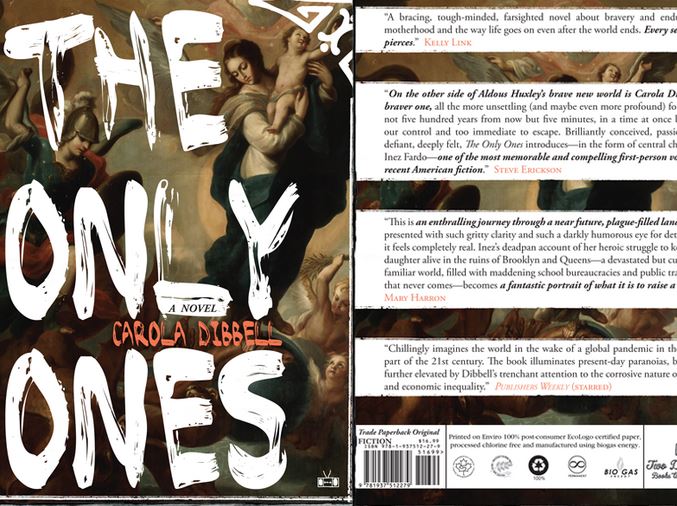 It may be presumptuous to say in March that The Only Ones is the best book I will probably read this year, but yeah, it’s getting said anyway. Any book that makes me leave a bookstore to tear through the pages to find out what’s next deserves my attention. And yours.

Dibbell has only had a few fiction publications, but each one so prestigious almost every writer would trade in all their journal publications for those ones that they have.

The novel’s narrator, Inez Fargo may be one of the most unique and best narrator’s I’ve read in a novel. Inez narration is clear and quick, crisp and witty as it follows her from her teenage years into her old age. Fluidity with a narrator that hasn’t been seen recently in fiction, the voice starting out as immature, naive in a post-apocalyptic world that isn’t too distant from our own, leaping into maturity that brings the reader along with the developments – and her own journey into motherhood as she raises Ani. The developments in relationship between mother and daughter will make every parent nod in agreement and every child desperate to hug their parent to make up for the ignorance they showed growing up.

Comparisons may be drawn to the film Children Of Men, due to Inez being a Sylvain Hardy, somebody immune to disease in a contaminated world, causing birth defects and because of her (though not directly through the natural conception process) a new life is born – one that is healthy, immune. Yet The Only Ones exists in a mythology of its own, realistic to what the world could become. Crusaders roam around on horses claiming to return the land to God; scientists work in unethical ways to save time. Life’s that deserve to continue don’t and those that do survive don’t deserve it, and sometimes it works out the way it should. The power of the novel is that it reflects a way the world could become. Technology has failed us and the light and darkness of humanity is all that’s left, the only light that can guide Inez is that of her own voice, and the influence and mistreatment that has influenced her.

The novel deals with the philosophy that dominates the best science fiction, too. Philip K Dick may wonder if androids dream of electric sheep, but Dibbell asks: if I raise my clone as a child, is it the exact same as me if it has a different upbringing? The answer – terrifying and unique. A quest into motherhood that isn’t as much as raising one’s daughter as much as it is as raising oneself, trying to correct all the mistakes and travesties that occurred in a life that has happened, a life that is ongoing.