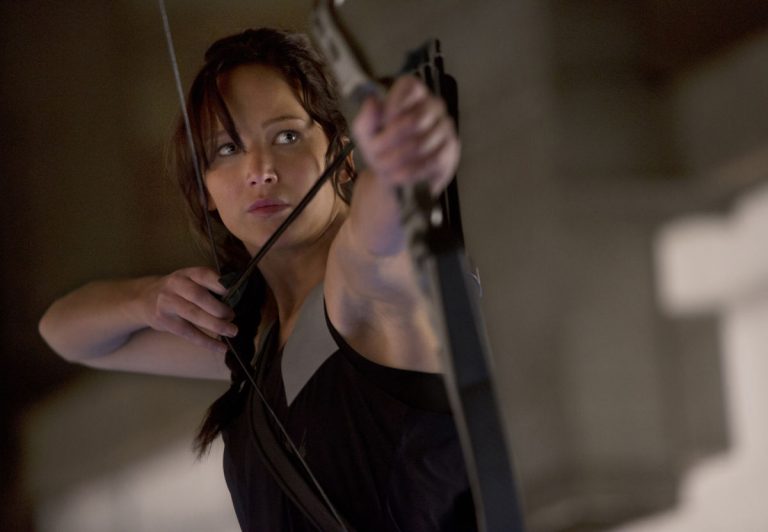 There is a bit of a love/hate relationship with these two-part films, is there not? We adore the fact that it means that all the juicy content that we loved from the book will appear in the movie but we hate that part 1 always feels a bit slow and sometimes, not a lot happens. Well, Mockingjay does appear to follow this rule but this doesn’t mean that part 1 isn’t great on its own, especially to the hard-core book fans (we love picking out every minute detail!). Luckily for all you other fans out there, we know that major action will appear on the screen when part 2 is released next year. Seriously, every emotional moment found in part 1 will make the viewing experience of part 2 even more worth it!

Ok, so let’s be clear from the start: the film doesn’t adhere exactly to the book. There are small details that are different, for example, the particulars about Beetee’s condition. There are also some bigger plot changes, but director Francis Lawrence has used them and transformed them into some of the film’s best moments. In the book, Effie is the Capital but in the film she provides humor and has a lovely, on-screen relationship with Plutarch (played by the late Phillip Seymour Hoffman, who as ever, is a fantastic actor). Another difference is the rescue mission in the Capital. In the book, the reader is aware that it is going on in the background. In the film, it is coupled with a speech from Finnick, which is such a haunting moment, full of suspense.

As we know, part 1s are all about setting up for the next film. What really makes Mockingjay shine is the individual performances. We are introduced to President Coin (Julianne Moore) and Cressida (Natalie Dormer), both of whom are powerful and strong characters. Once again, Primrose (Willow Shields) is amazing and may even get you to shed a tear (I’m not ashamed to admit to it!). The crowning glories, as ever, are Jennifer Lawrence and Josh Hutcherson. Katniss and Peeta steal the show, bringing darker emotions and deeper feelings than the preceding two films did.

Mockingjay is indeed one to watch and will get you all hyped up to watch the finale, part 2, in 2015. One last thing that makes the film super is the soundtrack and score. Lorde’s ‘Yellow Flicker Beat’ is the perfect song for this movie. Jennifer singing ‘The Hanging Tree’ has hit the charts with a fury and she’s now being called an international pop star! Apparently, poor Jen cried when she found out she had to sing! Jennifer is funny, an outstanding actress and a great role model to young girls as Katniss Everdeen, her singing is the cherry on the cake on an already brilliant part 1 film.