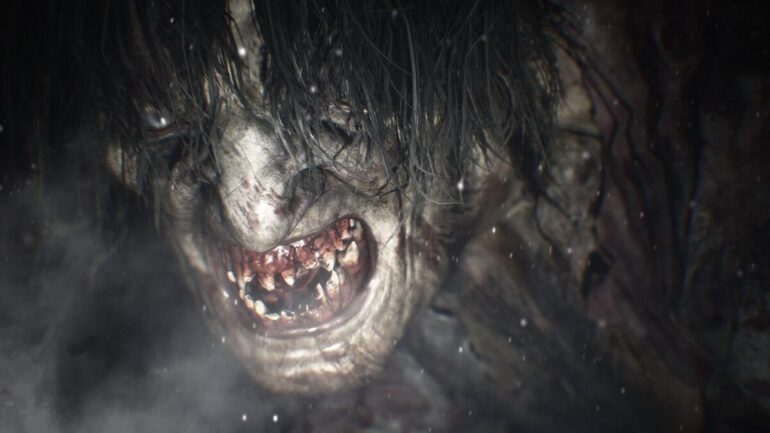 It’s been four years since Resident Evil 7 brought horror home and totally smashed it out of the park. With Silent Hills gone AWOL, and other AAA horror experiences being near non-existent in 2017, it was a miracle that Capcom managed to bring the genre back from the dead in such a huge way — excuse the pun.

Since then, they’ve really gone out of their way to create some fantastic single player experiences with the remakes of Resident Evil 2 and 3. We’re all excited to see what they bring to the table next, and with the granddaddy of survival horror’s latest entry only a few months away, we decided to take note of what we’re looking forward to in Resident Evil Village.

Resident Evil has some great scares to go along with its thick, spooky atmosphere. We all remember the dog and the window, the licker and the mirror, and more recently Jack and the exploding drywall.

Resi does great scares, and the recent Resi 7, as well as remakes of 2 and 3, have really doubled down on the spooks. With a village and spooky gothic mansion to explore, if Resi 8 can be more of the same, then it’ll be worth the price of admission alone.

The merchant is back, but not as we know him. For long time series fans, Resident Evil 4’s merchant was one of the highlights of the whole franchise and the dodgy lookin’ fella was one of the few friendly faces you’d meet during your time in Spain.

We have an entirely new merchant for Resident Evil 8, a rather rotund chap by the name of The Duke at that, but certainly a welcome respite from the horrors we’ll encounter. It may break the immersion of the world a little, but it’ll add a new dimension to the gameplay that seems largely unchanged from Resident Evil 7. Now I’ll buy that at a high price!

The ‘Tetris’ inventory has returned for Village. For the uninitiated, this type of inventory features objects having different sizes and shapes, meaning you can ‘jiggle’ the inventory around to carry more stuff. Objects can be rotated to fit in better, so you can always fit that extra herb or flame grenade alongside your favourite shotgun.

It adds a little more strategy to the game, as this sort of inventory means you may need to drop items to fit in the new ones you have found on the way, so it’ll add another dynamic to the gameplay. Should you drop that first aid spray for extra ammo? What item will you lose to carry that key item? Will you dispose of the shotgun shells, even though you will almost definitely need them?

While the names Trevor & Chamberlain may not mean much to even Resident Evil fans, it is important to know that in the lore of Resident Evil, they not only built Resi 7’s Baker household, but also the Spencer Mansion from the original Resi. Mostly, they are known for being the company that popularised the utterly bonkers lock puzzles the series has become known for.

In fact, we can’t escape the fact that the Resident Evil franchise loves weird puzzles generally, so it was sad to see the Resident Evil 3 remake dumbed them down so much. While it’s not clear who designed the wacky castle seen in Village just yet, I’m very much looking forward to a return to and to see more of these types of puzzles and locks, and the weird solutions that are required to get through them.

Two of Resident Evil 7’s protagonists have already been revealed to be returning in Village.

Ethan Winters was one of the most unique protagonists in Resi history, because he’s so ‘normal’. With Resi’s back catalogue of cops and special forces characters, playing as a normal guy like Ethan made his struggle against the Bakers all the more intense.

Chris Redfield, who was the lead protagonist of Resi 7’s DLC, Not a Hero, was revealed to be working for the evil Umbrella corporation, leading fans to ask what had happened — good guy gone bad, or evil corp gone good? Chris returns in Resident Evil Village, so fans are waiting for more information on this mysterious, possible villain. This question seems to have been answered with Chris killing Ethan’s wife, Mia, in Village’s very first trailer, though it can’t be as clear cut as that, right?

One of the few criticisms that were levelled at Resident Evil 7 was the lack of enemy types. Sure, the Molded did indeed have different versions, there’s heavier types, 4-legged fast types or fat acid-spewing types. But they all look generally the same, and they’re a little bland, especially from the series that brought the Licker, the Hunter and the Crimson Head.

With Resident Evil Village reportedly offering us werewolves and vampires (or monsters that are very similar), we should see very distinct enemy types in this latest installment of the series. There’s one enemy in particular who has caught everyone’s attention, though.

And finally, we couldn’t ignore the star of the show, at least thus far: the towering vampiress herself, Alcina Dimitrescu.

Much has been made of Dimitrescu’s appearance, while she stands a monstrous 9’6” tall with claw blades that’d make Hugh Jackman wince, she doesn’t seem to have much in common with Resi’s other giant villains. It looks as though Dimitrescu will be playing the ‘tyrant’ role in this new Resident Evil game, stalking the player around the manor/village and generally being unstoppable.

And that is why her design is so interesting. You can’t have helped but notice that she’s been designed to look attractive, and not at all like the deformed hulking behemoth that Resident Evil is known for. It’s nice that Capcom are mixing the formula up for this next game, while also managing to pay homage to Resident Evil 4. Sidenote, can we set up Mr X & Alcina Dimitrescu?

So that’s what we’re looking forward to, but what about you? Why not leave a comment down below?

READ NEXT: Biggest Upcoming New Horror Games of 2021 & Beyond