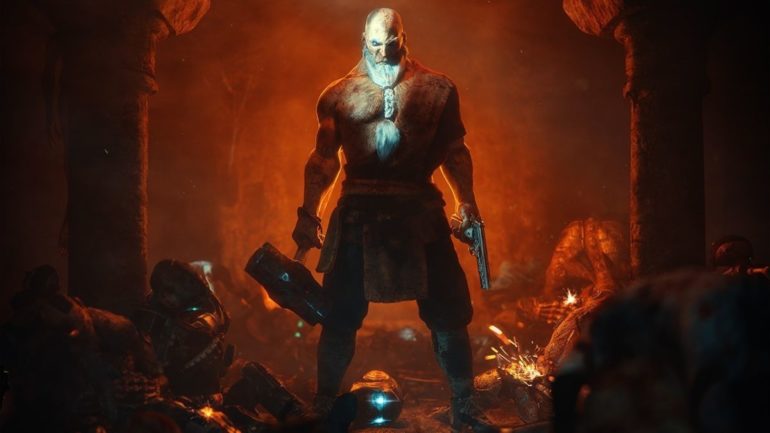 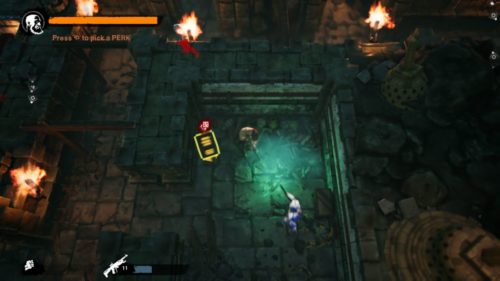 Redeemer is a top-down shooter that resembles the likes of Diablo but plays more like Hotline Miami. It was originally released in 2017 for Windows and is the work of a relatively small team based in Russia. Now, two years later, the same developers have decided to release an Enhanced Edition of the game. Not only does this version of the game include extra content and features, but it also marks the first time it will be available on consoles.

The narrative for Redeemer: Enhanced Edition is your standard revenge arc. The protagonist, Vasily, is an assassin warrior who used to work in the security section of a large weapons manufacturer. After spending years working for this shady organisation, Vasily decides to leave when the corporation suddenly decides that he should be turned into a cybernetic soldier. While he managed to ultimately escape, the destruction caused by the struggle made him a wanted man.

Some 20 years later, Vasily has been living in a monastery trying to lead a life of peace with his fellow monks. That is until the corporation discovers his location and attempts to take him down once and for all. With nothing left in the world, Vasily does the only thing he can and vows to destroy all his enemies and wipe out his former employers for good. 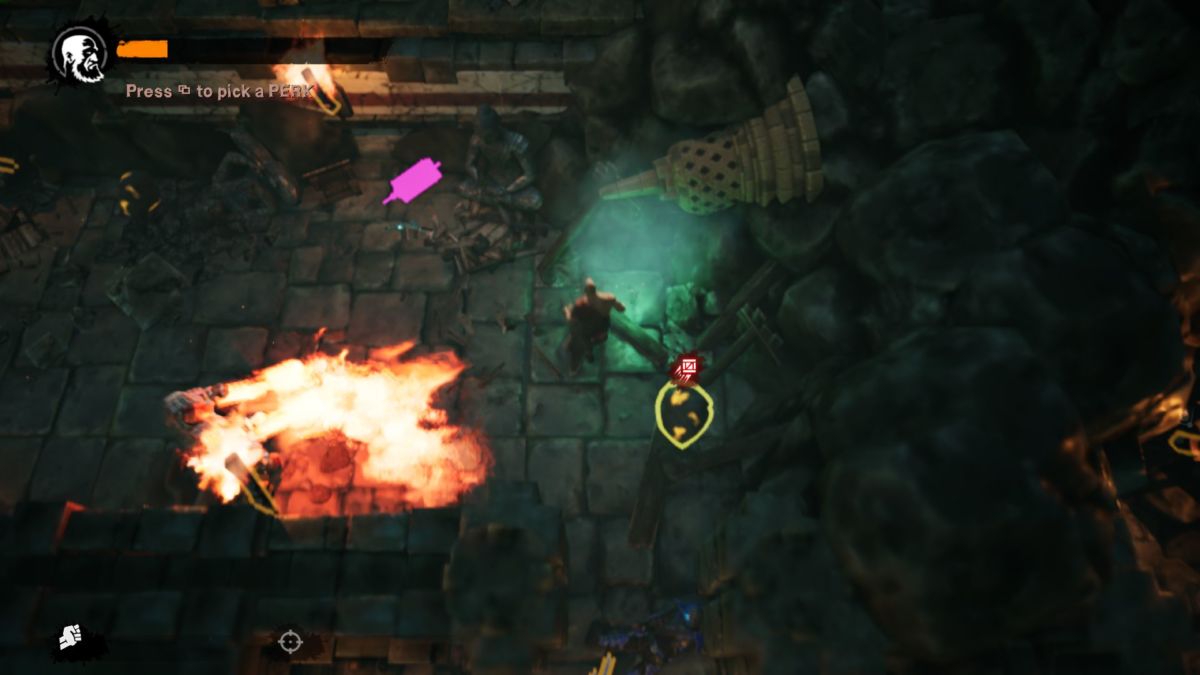 All of this narrative is set up in the opening cutscene. However, it largely takes a back seat for the rest of the game, leaving very little space for the story to develop. While there are some characters you will come across that try to expand the plot, they do very little to add to the drama or build suspense. Those wishing for a compelling story are going to be left disappointed by Redeemer. Yet, it probably does just enough to paint the scene for the main focus of the game – the action.

As a former expert killer, Vasily is well placed to viciously dispatch any foe that stands in his way. Without a doubt, Redeemer is a game that is all about the combat. It utilises a fast-paced combo system where you can string together light and heavy attacks to cause devastation to enemies. There are also a number of other options when it comes to combat. You can grapple enemies, kill them using environmental objects (such as smashing their head into a furnace), or execute them once they are stunned.

You are not just restricted to using your own limbs in combat: there are a number of weapons available throughout each level. These range from standard knives and axes to powerful guns such as a shotgun. Redeemer also features a limited stealth system. It is not really recommended or possible to play completely in a stealthily way. It is more of just a way to get the jump on unaware enemies. You can then perform a stealth move to take them out silently and instantly. 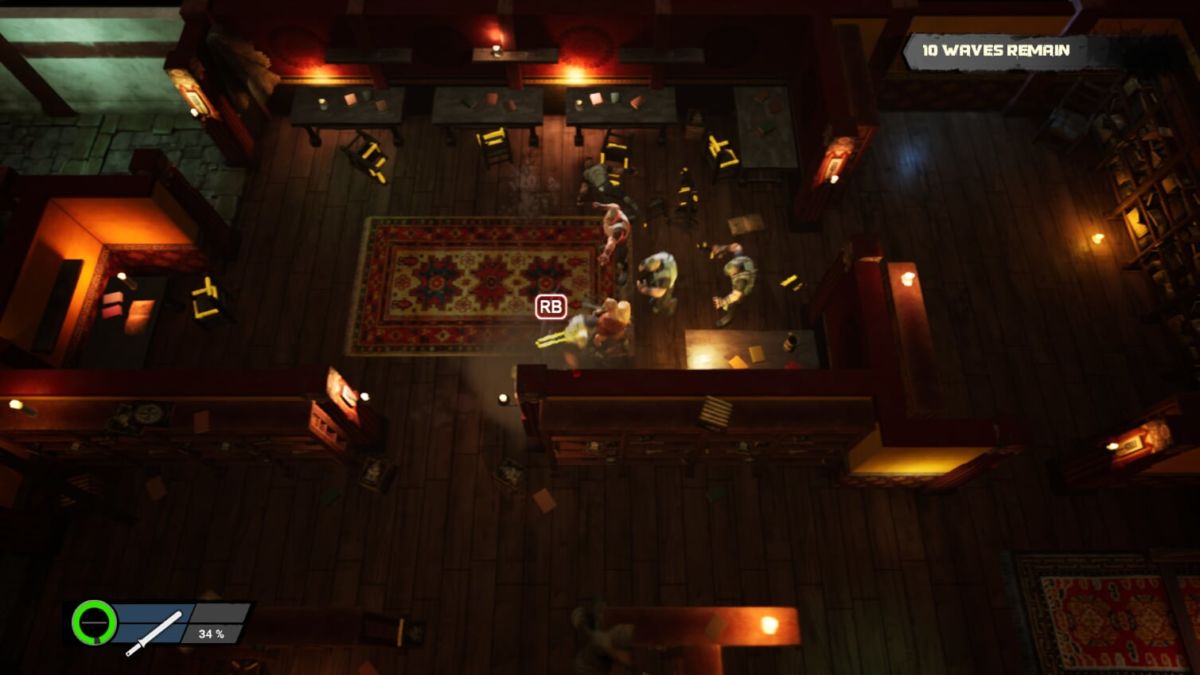 The end result is fast-paced combat that is fun and gratifying — at least at the beginning. The novelty of sweeping through enemies soon fades. Stealth attacks and environmental kills lose their effectiveness as enemies become stronger, meaning you are left with far fewer options in battle. In fact, dispatching the zombie-like mutants in the second half of the game feels more like work than a game ever should. I was frequently left with little choice but to use a gun rather than the more satisfying melee attacks.

Things also get suddenly more challenging when the difficulty spikes. The sparing use of checkpoints and a health bar that only regenerates when you kill enemies makes some of the later sequences far too hard. This health system works in the early parts of Redeemer, forcing you to plan out attacks and remain in constant combat. By the end, it is a chore that will frustrate as you cannot get any real respite from the more powerful enemies.

The other major part of the game is exploration. There are a variety of upgrades and collectibles to find in each level and they are often in places that will require you to not follow the set path. Don’t get too many ideas about being able to freely explore the world, though. Finding these hidden extras usually means just going into a room you might just have sped past if you were not focused on increasing your skills or abilities. 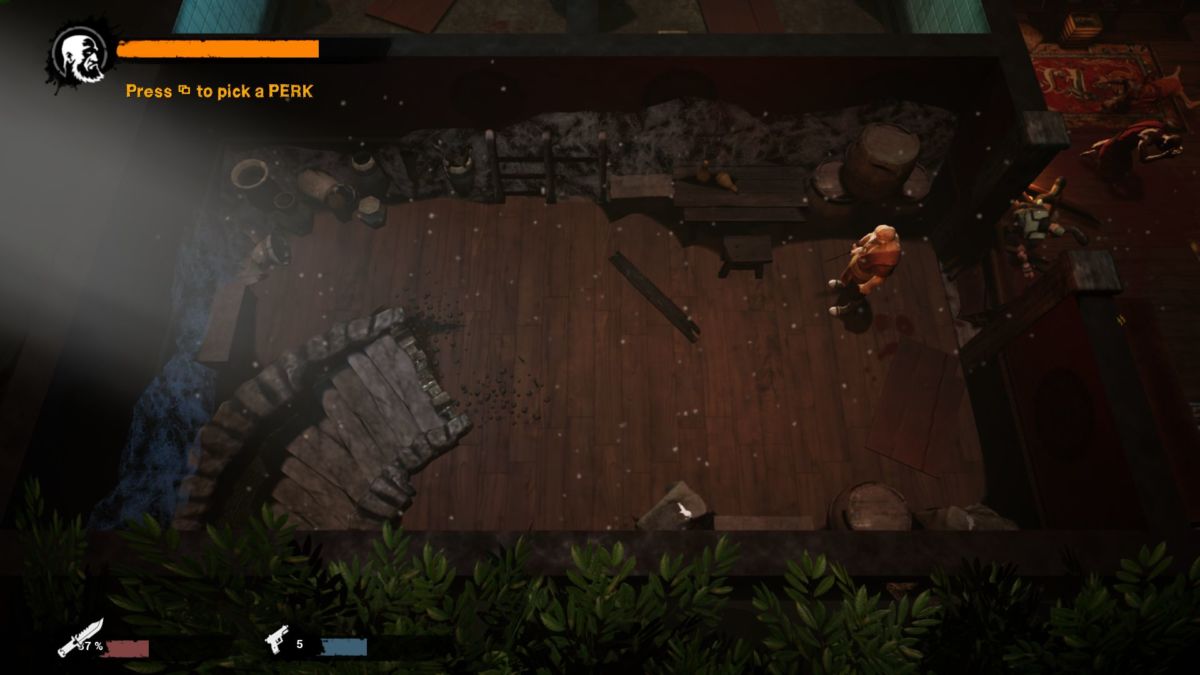 This new version of the game does have some new features, which includes a new levelling system. You can choose between Monk and Soldier classes, spending resource points on the one that most suits your playing style. The Monk class focuses on melee combat while the Soldier upgrades all the guns you get to use. The developers have also added local co-op multiplayer, although the brief time I spent playing with another player didn’t really add much to the experience.

When the game first released in its original form, there were a lot of complaints about the animations. While many of these issues seem to have been fixed, the executions can still be problematic. Instead of Vasily smashing the enemy into an object, too often the action will take place a good distance away, so that foes will be impaled or burned on seemingly nothing.

The voice acting has not improved much either, although this is not a huge problem due to the lack of cutscenes and plot. The rest of the audio also suffers, with no real depth or emotion to the musical score or any impact to the sound effects. In terms of visuals, Redeemer is nothing special but it at least looks better than it sounds. My only real complaint with the graphics are that everything has a washed-out aesthetic for some reason.

It is very easy to have a lot of fun at the start of Redeemer as the satisfying combat and fast-paced gameplay make playing through the early levels a joy. The eight hour campaign is a couple of hours too long, especially when you consider how joyless the later stages become when you are forced to slog through enemies using the same attacks. After all, the sheer variety of attacking possibilities in combat is what defines Redeemer. Losing that as it progresses not only ruins any enjoyment there is, but also ensures that the gameplay becomes one-dimensional far too quickly. Although it does have its moments, Redeemer fails to sustain that early momentum as it begins to crash and burn halfway through the campaign. 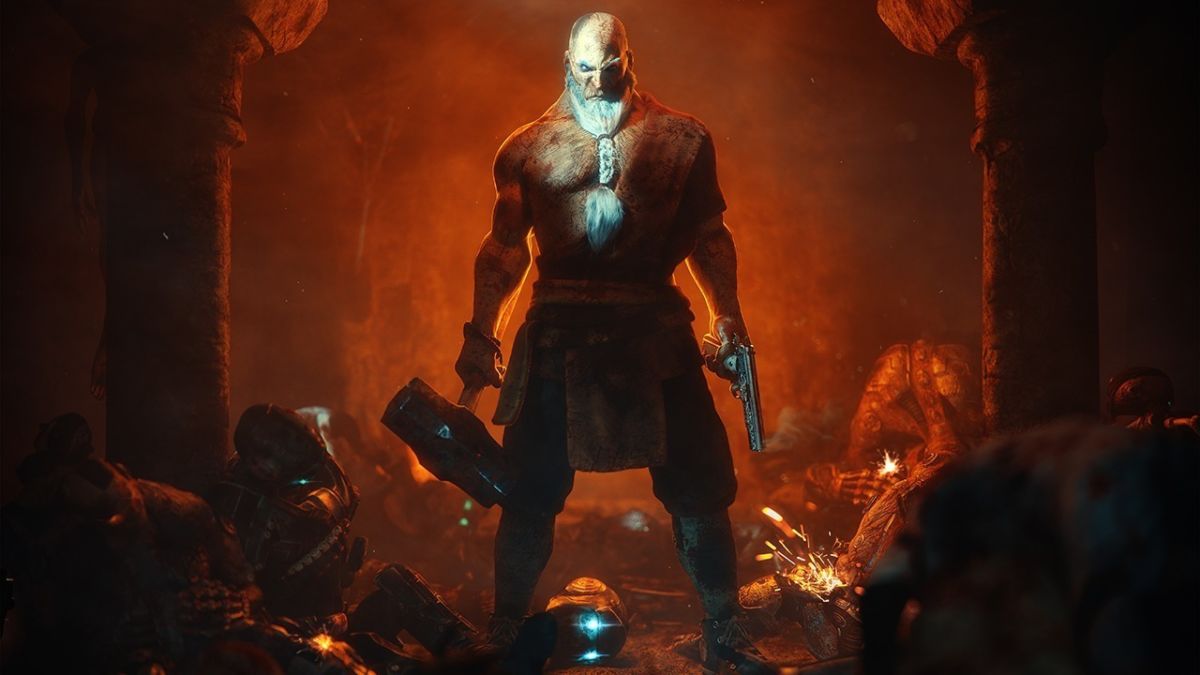 Verdict
Redeemer is a deeply flawed game that manages to provide moments of fun but too often feels frustrating and under-developed.
6