Where To Read the Invincible Comic Online For Free 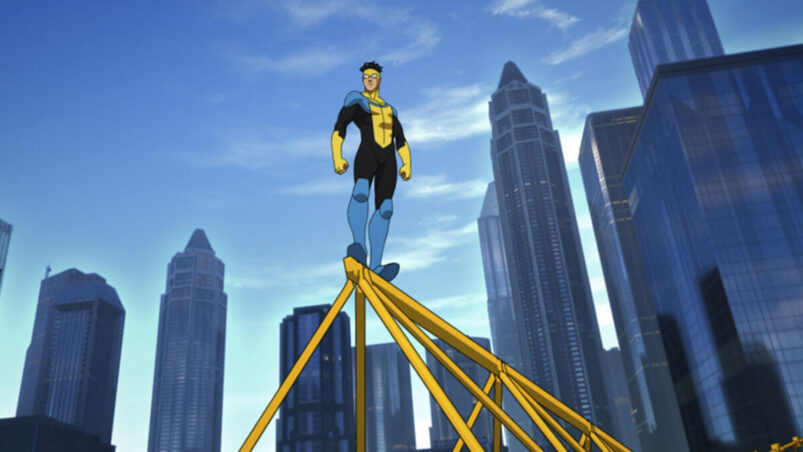 Invincible is a comic book series that skyrocketed into the public eye. You’ve most likely seen or heard of Invincible’s cartoon adaptation: it seems like just another superhero show at first glance but turns incredibly dark, violent, and gory. The show’s major success will even bring along a second season soon.

Maybe the show is even what brought you to start looking for where to read the Invincible comics online. Sure, you can buy the physical comic books from your local bookstore or order them online, but that can be a hassle sometimes.

Sometimes you just want to sit down, boot up your tablet, laptop, or PC, open an app, and start reading. Here are the best places online where you can read about Mark Grayson’s story in the Invincible comic.

The only way to legally read Invincible online for free is through Hoopla. It’s a digital library service that uses your public library card to borrow books, shows, and movies online for free. Unfortunately, Hoopla is currently only partnered with libraries from Australia, Canada, New Zealand, and the USA. Unless you have a library card from those areas, you won’t have access to this service.

If you’re not from any of those countries, or you’re willing to pay for it, you can read Invincible on Image Comics’ main website. Image Comics is Invincible’s publisher so it doesn’t get any more official than this. They even have the first issue for free on their website so go check it out and get a taste. Then you can pay to read the rest of the 143 issues there.

You can also get Invincible at Amazon’s Comixology, use the Comixology app or a Kindle to read whatever you buy from Comixology.

What Is Invincible About?

Invincible is about Mark Grayson, the son of Earth’s most popular and most powerful superhero Omni-Man. Sharing his father’s Viltrumite genes, Mark develops similar powers such as superhuman strength, flight, and invulnerability. He works to become a superhero himself and adapts the name Invincible after a pep talk he received from Omni-Man.

The show follows Mark as he fights with Omni-Man and several other superheroes from the Teen Team and Guardians of the Globe to protect Earth from internal and external threats.

That might all sound like your standard comic book plot, but what makes Invincible stand out is its extremely graphic and gory take on the superhero genre. Some of the characters aren’t afraid to get their hands dirty and kill their threats in violent ways if it means achieving their mission.

If you liked Invincible, you should also try out The Boys. Another comic book series that features the dark side of the wacky comic book superheroes we love. The Boys also has a live-action show that brought it its mainstream popularity.

READ NEXT: Where To Read Solo Leveling Online For Free