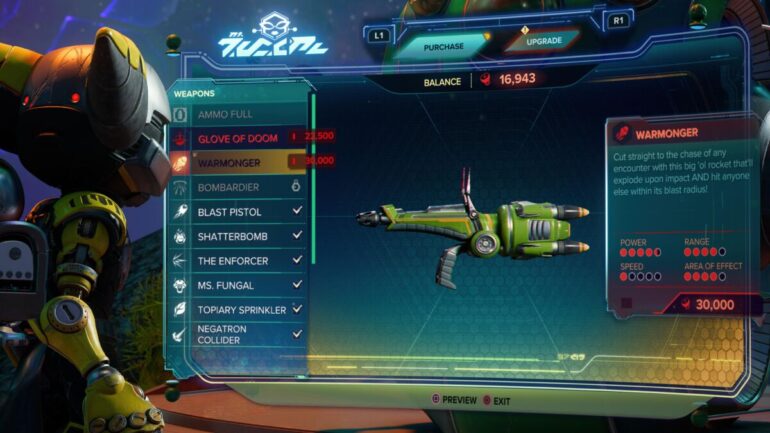 “Cut straight to the chase of any encounter with this big ol’ rocket that’ll explode upon impact AND hit anyone else within its blast radius.”

The Warmonger is a weapon in Ratchet & Clank: Rift Apart that acts much like a rocket launcher and can be bought for the first time from the Scartsu Debris Field after you build the Dimensionator for 30000 Bolts.

Great for crowd disposal, you can level up the Warmonger to hit much harder and fire much faster by spending your Raritanium and levelling it up. You actually have to use just the Warmonger during one of Zurkie’s cups, which is a great way to level it up fast.

Ammo is a bit of an issue, so be sure you upgrade that side of the Warmonger as soon as you can.