Radio 1 Rescores Drive, But Why Bother? 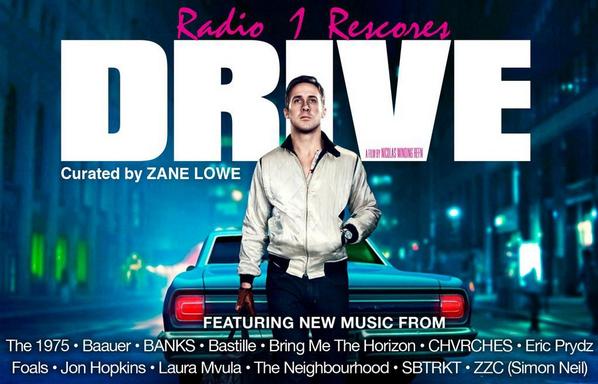 Back in mid-October, Radio 1 DJ and Kiwi extraordinaire Zane Lowe announced that at the end of the month, BBC Three would be airing a version of Nicholas Winding Refn’s cult classic movie Drive, to a somewhat… shall we say mixed reception.

Lowe had assembled a roster of – well, I don’t really want to say impressive because this project certainly would have been in infinitely safer hands if, say, Radio 6 had taken the reins, but then I suppose I’m not really Radio 1’s target audience anymore – so lets just say musicians that I’m sure are very talented, and over the course of 18 months (and I imagine a bit of a logistical nightmare) curated a new score for the movie. 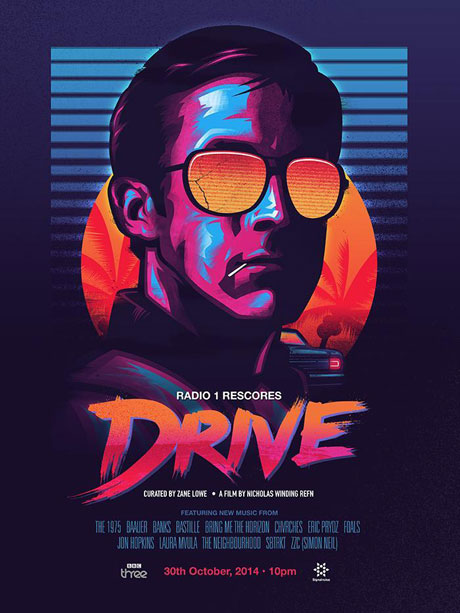 As a massive, massive fan of Refn’s film and the flawless original score, my reaction was a mix of Tina Belcher style groaning and thrashing on the floor, trying to scratch my ears out in preparation, and frowning grumpily every time Zane’s face popped up on my twitter feed… And then I completely forgot to pay attention to when it was on. You see, I was intrigued. I’ve never been able to decide if I like Zane Lowe, and after seeing some of the names involved in the project my interest was piqued – through a desire for pain if nothing else, apparently. I ended up catching Christina Hendricks’ blown up head (no, not literally) and the latter half – arguably the worst half – and have since caught up on it, pressing play with trepidation.

After the announcement Zane seemed to go on the defensive somewhat, stating on Twitter that he was not trying to “improve” the original soundtrack, and that his version “comes from a place of respect” which is nice. He posited it as more of a tribute to sampling and mash-up culture, but then went on to Photoshop himself into the poster – though to be fair, we’ve all done that. Right?

Refn himself had – obviously, or this wouldn’t have happened at all – given permission for Radio 1 and Zane to go ahead with this project, declaring his feeling that “you can’t own creativity” and that he would rather say the movie is “everyone else’s” than just his, which is also nice I suppose. He also reckons it was a “great honour” that his film was chosen for such a project, citing “so many wonderful artists” who will create an “ultra-glam experience” which is… Interesting.

So I’m going to have a quick explore of the tracks used in the new score – with snippets of my notes because I’m an egomaniac – which was a bit of a mixed bag, before exploring what the bloody point in this project was.