Purple Hearts is laced with tragedy at every turn. 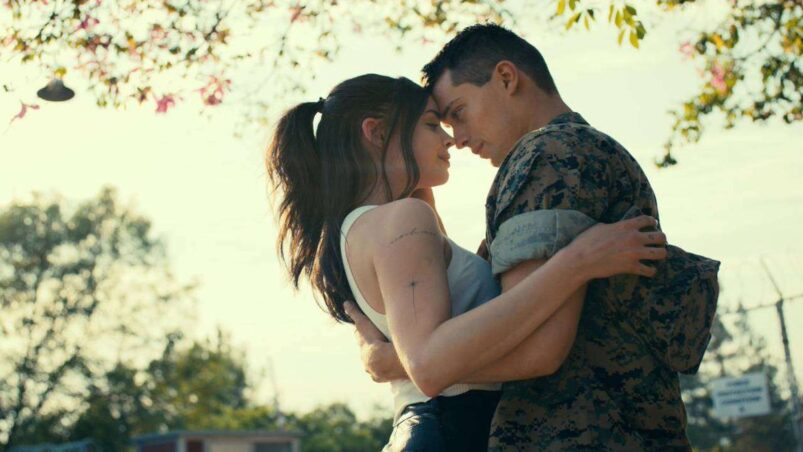 In Purple Hearts, Cassie Salazar (Sofia Carson) lives for her art. When she’s not waiting tables, she’s playing music with her band The Loyal, while also working on her songwriting on the side. Money’s tight; all of what she makes goes to paying her rent and other bills, not to mention her ongoing struggle with diabetes and the financial strain it’s brought into her life.

After a marine friend of hers returns for a short holiday before deployment, Cassie gets the idea of a fake marriage, with both parties mutually benefitting. She’d get full medical coverage as a military spouse, and he’d get extra pay. Her friend Frankie isn’t into the idea since he’s already with someone, but Luke (Nicholas Galitzine), who’s staying over at Frankie’s house, decides to take Cassie up on her offer. Luke’s life before the Marines wasn’t pretty, and as a result he owes a great deal of money to his former dealer.

Cassie and Luke clash frequently. She isn’t fond of the military and the misogynistic treatment she gets from some of the men. While Luke agrees with her, he also thinks there are better ways of dealing with disagreements than constant bickering. Carson and Galitzine actually have pretty good romantic chemistry, and when their characters settle into life with each other, these moments and conversations make for an engaging watch. The film utilises quite a bit of close-up shots during these romantic moments, which can fall flat if the actors don’t rise to the task. Luckily, they do.

Galitzine, in particular, has proven himself to be quite a decent romantic lead, having impressed in The Craft: Legacy and Cinderella. Carson, who’s a singer in real life, brings her electric stage energy into the mix – at times it does feel like some newer version of A Star is Born. All the songs also reflect some aspect of Cassie’s relationship with Luke, so it gives the viewers more insight into the dynamics of their relationship.

The various settings and backdrops used in the movie also look authentic. Oftentimes, these Netflix movies don’t shoot on location, and it takes away from the experience when the use of green screen is obvious. Purple Hearts can feel a little too Pinterest mood board at times, but it all looks lovely, so no complaints here.

Where the movie falls short is really in the narrative and storytelling. While the threat of their fake marriage being exposed hangs over their necks like some albatross, the entire thing plays out in the most dramatic and unrealistic way possible. It’s as if the film is screaming, “Look! He loves her so much!” There are better ways to frame a romantic declaration than what happens here. It feels emotionally manipulative, where certain story beats are pushed forward in order to make the audience cry. Even Luke’s deployment to Iraq comes with its own tragic turn.

The essence of the movie actually resides in its two main characters, who become better people because of who they are with each other. Luke inspires Cassie to write in the way she hasn’t before, and Cassie gives Luke a home he wants to return to. The way they care and love each other – that’s the story.

If only those making the film had trusted in that more.

READ NEXT: 15 Best Home Invasion Movies of All Time 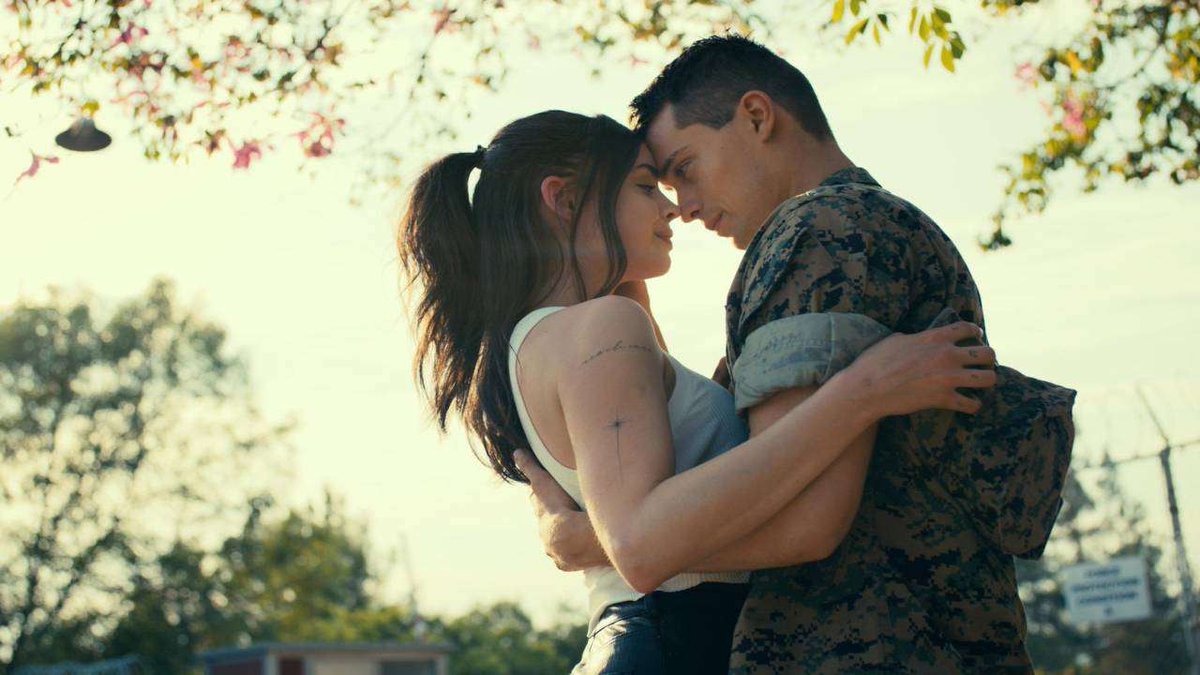 Verdict
While Carson and Galitzine have good romantic chemistry together, that isn't enough to make up for a lackluster narrative.
5.5
Cultured Vultures is a pop culture website established in 2013 covering all things gaming, movies, and more. We eat your words.
All The News On The Biggest Games