The Problem With Nintendo’s Amiibo 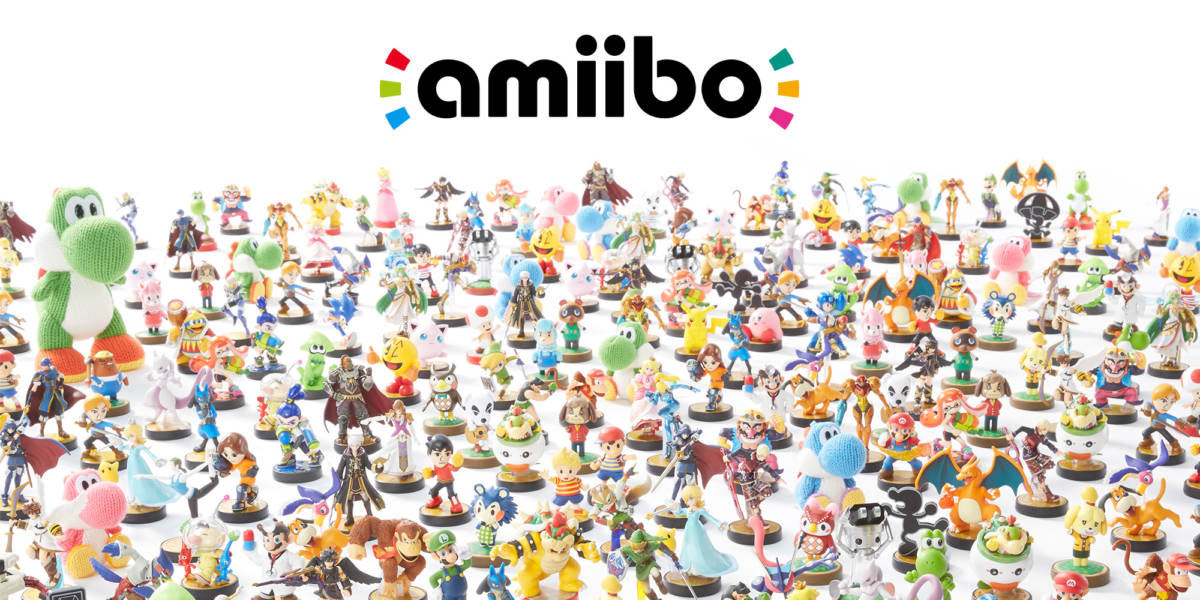 Since 2014, Nintendo has been continuously releasing their series of NFC figures they call amiibo. The amiibo are shaped like their characters, and are usually associated with a particular game. The amiibo can be used with 3DS, Wii U and Switch games to save small amounts of data to its NFC chip, which can be transferred to a different game by touching the amiibo to the other system.

It sounds cool and interesting, right? It’s a nice little statuette of your favourite Nintendo character, and it even has some in-game utility.

But there are some major problems I have with amiibo that I want to address.

First of all, I want to make it clear that I don’t have a problem with the concept of collectible figurines in general – the quality of the amiibo figurines is fairly high, and they are definitely a nice, cheap alternative to the more expensive gaming figures out there, such as Nendoroids.

I’m not an expert on collectible figures, but as a Nintendo fan who has a lot of fondness for the characters, I do like the way they all look in amiibo form. The popular characters like Link, Mario and Peach look pretty cool, and I get a bizarre sense of delight in being able to own official statuettes of some of Nintendo’s really obscure characters such as Chibi-Robo, Mr Game & Watch and Qbby.

I have a decent collection of them, and they are quite appealing little things to display on a shelf next to all my games. But unfortunately, Nintendo’s implementation of amiibo functionality into the games themselves has not been fantastic.

The first line of amiibo was the Super Smash Bros. series, for use with the 3DS and Wii U versions of Smash Bros. In this game, you can use a figure of one of the game’s 50+ characters and give it a nickname, which is saved to the NFC chip’s memory. When tapped in the character selection screen, the amiibo will bring in a CPU-controlled version of the character with the nickname you gave it, to either join your side or for you to fight against.

The idea is that the figure fighter will observe your playstyle, and the AI will adapt to play in a way similar to you, and that unique AI will be saved to the figure’s memory. That was the theory, anyway – in practice, it honestly didn’t feel like anything special was happening with the fighting AI. The figure fighters also levelled up, getting smarter AI applied to them and also increasing in stats such as attack strength and character weight. When at max level, the figure fighter was actually much more overpowered than a regular version of that character, making them quite a challenge to beat.

It was a fun little extra – and while a mode like this could certainly have been implemented without the need to save the data to an external chip, it was justified because it was fun to be able to bring your ‘specially-trained’ character to a friend’s Wii U and have your amiibo’s silly nickname show up on their console. It was a fun gimmick that I didn’t have much problem with.

So far, so good. But now Nintendo has a problem. When the amiibo idea was first revealed, they promised that amiibo would be cross-compatible between amiibo-enabled games, and that multiple amiibo of the same character from different series would be compatible with all games that involve that character. This meant that Nintendo has had to come up with things for all of these amiibo to do in games that don’t really have a need for it.

The most common thing an amiibo does in most amiibo-compatible games is to just unlock alternate skins or costumes – Mario Kart 8, Super Mario Maker and Yoshi’s Wooly World all have costumes based on characters from Smash Bros that are only available if you scan the corresponding amiibo first.  It’s annoying to have content locked out for sure, especially for someone like me who likes to have everything available in my games, but since it’s just cosmetic stuff that likely would not have existed otherwise, it’s not really a huge problem. I mean, if Smash Bros didn’t have an amiibo range, there’s no way the creators of Wooly World would have created Sonic, Pac-Man, Ness, and Duck Hunt patterns for Wooly Yoshi to wear, would they? 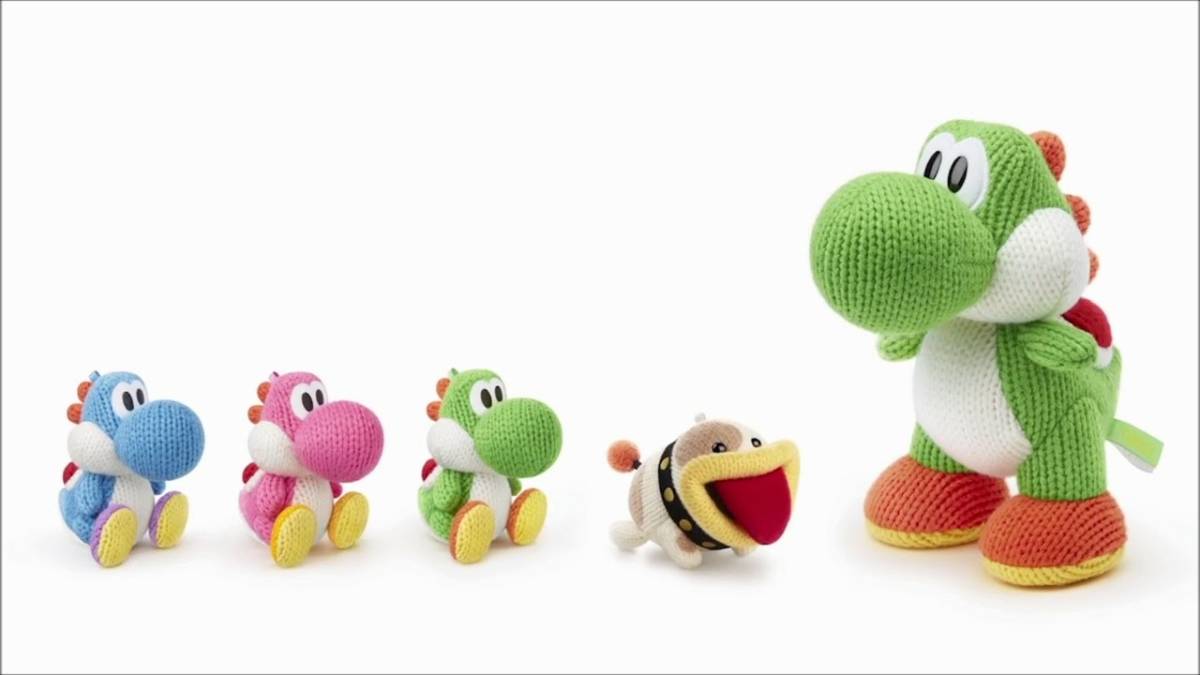 The real problem comes when amiibo start unlocking actual gameplay content. Splatoon for Wii U was the first offender, with additional single-player challenge levels and arcade minigames being unlocked only by tapping the Splatoon amiibo to the game. This was the first time that none of the ~50 existing Smash Bros amiibos were compatible, meaning that a player who had already spent tons of money on their collection still had to buy more stupid statues to get access to the content. It was kind of pointless, too – nothing was saved to the Splatoon figure’s chip – no time attack scores or anything else that would have been fun to take to others’ consoles, making the system feel completely artificial. There was no real reason that the player needed the amiibo to play these modes, other than because Nintendo said so.

Splatoon was the first, but it certainly wasn’t the only one. There are plenty of other examples as well:

– Hyrule Warriors locks some unique weapons behind Zelda-series amiibo for no reason.

– Mega Man Legacy Collection on 3DS locks some challenge levels behind the Mega Man amiibo for no reason.

– Metroid Samus Returns locks its hardest difficulty mode behind the Metroid amiibo, just to be annoying.

– One of the stupidest examples was Shovel Knight for Wii U, which locked the option of playing 2-player co-op behind its amiibo. That’s going a bit far, wouldn’t you say? At least there exists other versions that support co-op naturally now. 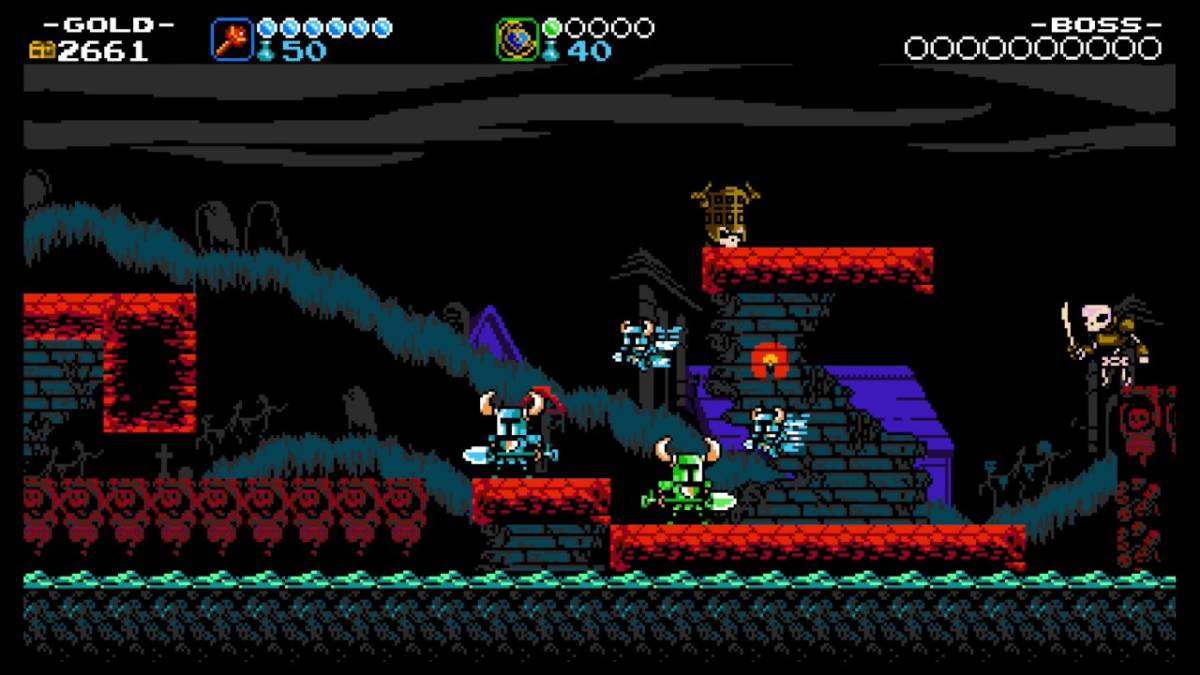 The list goes on and on. More and more games have amiibo functionality that never actually saves any data to the NFC chip inside, which to me completely defeats the purpose of these things in the first place. Apart from the initial Smash Bros functionality, there have been three, maybe four games that actually have an interesting usage for these things:

– Yoshi’s Woolly World allowed you to create your own custom patterned Yoshi and save the design to a Woolly Yoshi amiibo, to be used whenever you like.

– Splatoon 2 allows you to save your character’s current loadout to a Splatoon amiibo, to be used in friend lobby matches, even on a Switch that doesn’t yet have that gear unlocked.

– Twilight Princess HD allows you to save your health total at the end of a long and arduous Cave of Shadows challenge to a Wolf Link amiibo, which will then be the max health of Wolf Link in Breath of the Wild when you scan it there.

But the utility of these unique functions is undermined by the need to use a specific amiibo. If I want to save my Splatoon 2 loadout to take to a tournament, I can’t just use a Link amiibo that I might happen to have around, no – I have to specifically buy a Splatoon 2 amiibo, otherwise the game just tells me no. It gets really specific too – to save a Wooly Yoshi pattern, you can’t even use the regular Yoshi, it HAS to be a Wooly Yoshi amiibo. There’s no technical reason to limit this feature like this, they just did it because they wanted to keep it thematic.

And this problem gets out of hand even more when you consider that there are a whole bunch of amiibo figures that are practically useless. The Super Mario series Daisy and Waluigi figures are basically worthless – they can’t be used in Smash Bros for anything, they can’t save anything in Splatoon or Yoshi, they don’t do anything good in Zelda, and in the case of Daisy – she can’t even be used to unlock the Daisy costume in Super Mario Maker. Did they just forget to rig up that particular unlock trigger, or what? Every other amiibo with a corresponding Mario Maker costume will unlock it.

Then there’s the times when they go too far trying to justify the existence of these things. Animal Crossing amiibo Festival is quite frankly ridiculous – It’s a Wii U party game that just doesn’t work unless you constantly tap Animal Crossing series amiibo to your gamepad every turn. Mario Party 10 also contains a similar mode that constantly requires you to tap amiibo just for it to function. There’s no saving anything to the NFC chip, it’s literally just tapping your amiibo as a replacement to pressing buttons or selecting options.

It seems that the concept of amiibo has been straying further and further away from its initial pitch. They are still beautiful as collectible figurines for those interested in collecting, but for the average gamer, their implementation in most games has only served to aggravate people into buying expensive trinkets they otherwise wouldn’t want, just so they can play all the content the game has to offer.

It doesn’t seem to be getting better, either – Metroid Samus Returns was only a month ago, and the upcoming Super Mario Odyssey has its own dedicated line of amiibo coming along with it as well.

My hope for the future is that Nintendo sorts themselves out and stops including worthless amiibo functionality in games that don’t need it, and instead focuses their efforts into creating interesting games that can use the data stored on the NFC chip in interesting unique ways that feel justified.