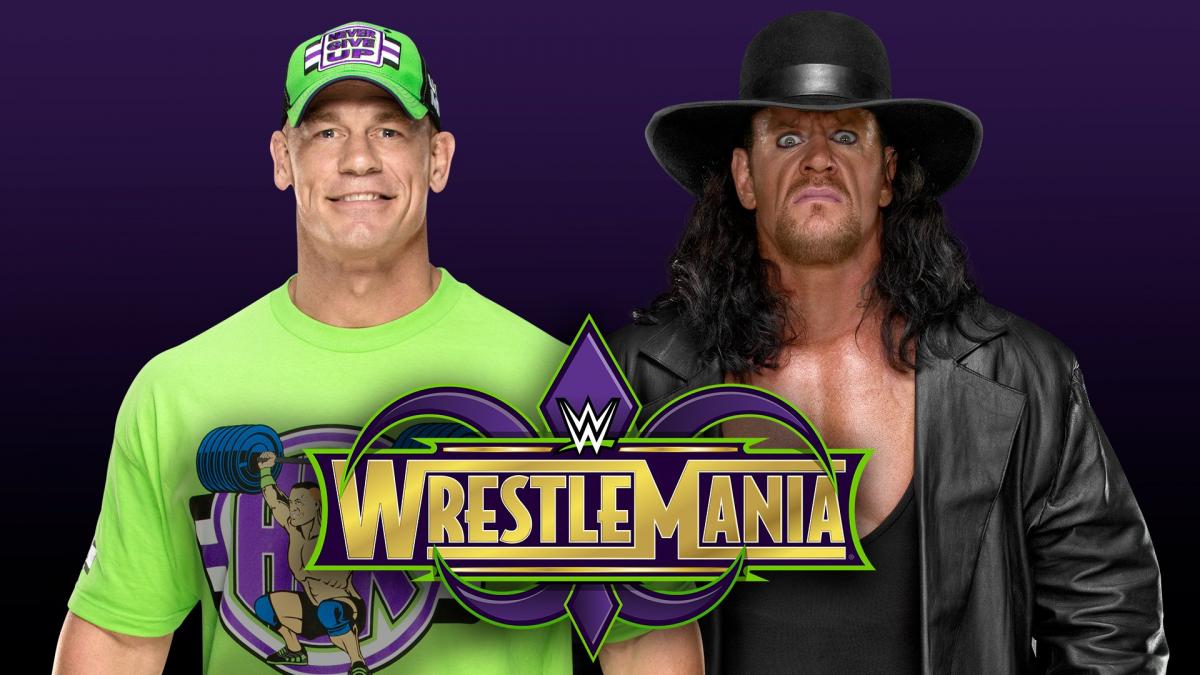 The 2018 Royal Rumble is in the rear view as we begin our annual journey on the road to Wrestlemania. There may be a couple of months and a pair of pay-per-views between now and the biggest show of year, but let’s take a look forward at a possible match card for Wrestlemania 34.

The following list was compiled by looking at the current storylines and determining as realistic a match card as possible, so there’ll be no “…and then CM Punk returns” fantasy booking here. The list is fairly bloated, even for a four-hour PPV with two-hour pre-show attached. So, while these are all viable options for the WWE, an actual card would likely drop a match or three.

This one’s happening whether the fan base wants it or not. It’s been pencilled in (with permanent marker) for more than a year. Roman wins the Elimination Chamber and moves on to face “The Beast” for the second time at a WrestleMania. The good news is that their first encounter was a fun, hard-hitting affair and we never had a conclusive finish due to a Seth Rollins cash-in.

While AJ Styles will be defending his title at Fastlane, likely against Sami Zayn, it’s hard to see him losing SmackDown’s top prize before Mania. Notice how Nakamura mentioned that he was challenging AJ Styles in his post-Rumble interview. This Wrestle Kingdom rematch is happening on an even bigger stage.

The Miz is overdue a high-profile singles match on the main WrestleMania card and he’d want it to be for his prized Intercontinental Championship. Likewise, Finn Bálor missed out on his first potential WrestleMania moment last year and looks to be getting his career back on track, having reunited with his Bullet Club cohorts, Gallows & Anderson. A Miz vs. Bálor rivalry over the IC Title could prove a lot of fun, while effectively utilising the teams of Gallows & Anderson and Axel & Dallas.

These two are set to do battle in the near future, with Rusev having won the right to be number one contender to the US Title, which would make this a rematch. To keep things interesting, WWE could implement a double turn during this feud in response to Rusev’s growing popularity. Plus, Roode makes for a better heel.

The tournament to crown a new Cruiserweight Champion began on the post-Rumble edition of 205 Live and will culminate at WrestleMania. Cedric Alexander has already progressed to the second round and has been on the cusp of becoming the face of the division for more than a year. There have been several detours along the way, but Alexander gets his crowning moment on the grandest stage possible. Meanwhile, Drew Gulak has proven himself a valuable commodity to the 205 Live roster, particularly with his character work. The fact that Gulak petitions against the high-flying aerial offence that cruiserweight wrestling is synonymous with would add even more intrigue if this were booked as a ladder match.

They may have been a team for the past few months, but Kevin and Sami are destined to fight forever. The seeds for a break-up have already been planted, as the two will face off next week in a number one contender’s match for Fastlane. Zayn has been portrayed as a sympathetic babyface for much of his career, yet his recent heelish character work has instilled new life in the “Underdog from the Underground”. To avoid repetition, these guys wouldn’t even have a match on SmackDown, as Sami would jump Kevin from behind during his entrance, putting Owens on the shelf for a few weeks and allowing Sami to take the title match at Fastlane in the process. Once AJ Styles vanquishes Zayn at the pay-per-view, Owens returns and goes into WrestleMania for revenge as the de facto babyface.

Alexa Bliss has been the Raw Women’s Champion for the majority of the past year and deserves to walk into WrestleMania with the red and white belt. And what more spectacular fashion in which to lose her title than to the undefeated “Empress of Tomorrow” and Royal Rumble winner, Asuka? The build-up should also provide plenty of entertainment, as Bliss in the role of a cowardly heel does her best to dodge Asuka at every turn in the road.

Charlotte is billed as the face of women’s wrestling in WWE. Ronda Rousey was the face of UFC a few years ago. But who is the baddest woman on the planet?

While there is the potential for a women’s battle royal (Moolah Memorial?) to rival the men’s, in saving time, this no disqualification match could serve as a way to get the remainder of the women from both rosters onto the show. The shenanigans that ensue would disguise any potential shortcomings in Rousey’s wrestling ability (it’s too early to judge of course; she could be great). It also means Sasha Banks, Bayley, and Becky Lynch will all be ringside, which could lead to a Four Horsewomen vs. Four Horsewomen showdown.

The Usos manage to survive The Bludgeon Brothers at Fastlane. The following Tuesday on SmackDown, they take to the mic once again and point out that they’ve beaten everyone in the division, only to be interrupted by Big E, Xavier Woods, and Kofi Kingston. Woods lists all the instant classics the two teams had during 2017 before Big E issues the challenge for one more match at WrestleMania. The Usos talk privately for a moment before they agree, but as they have nothing to prove, it’s on one condition: if The New Day loses the match, they must disband as a team and become singles competitors. Instant classic.

The Bar (c) vs. The Revival

During their 18-month run as a tag team, Sheamus and Cesaro have run through almost every team on the Raw roster. Enter Dash Wilder and Scott Dawson.

These two are on a collision course, having just lost the Raw Tag Team Championship. Rollins is fed up of babysitting Kurt Angle’s son and loses it, hitting the Blackout on his former partner to end an episode of Raw. Angle makes the match and assigns himself as guest referee at the insistence of Jordan. However, as the final Raw before Mania goes off the air, Rollins reveals that Jordan was never Angle’s son.

Note: This was written before Jordan’s apparent injury, which may see him miss WrestleMania if it’s legitimate.

This match was rumoured a while ago and stems back to the face off they had during the closing moments of Survivor Series. To really cement Strowman as an unstoppable force who’s worthy of another title opportunity, “The Monster Among Men” defeats “The Game” in a squash match that throws back to his 1996 match with The Ultimate Warrior.

John Cena vs. the Undertaker

After a loss inside the Elimination Chamber, John Cena brings a microphone to the ring to reflect on how maybe it’s his time that’s up. As he goes to leave the ring, the lights go out, a gong sounds, and The Undertaker makes his way onto the stage. “The Dead Man” points to the WrestleMania sign and pulls a cocked thumb across his throat as his eyes roll back into his head. This is followed by several weeks of video packages until we see both men again at WrestleMania.

Everyone else without something to do gets a payday.

How close will our card prediction be to the actual WrestleMania line-up? All will be revealed April 8.