Pokémon Brilliant Diamond and Shining Pearl: How To Evolve Pichu Into Pikachu 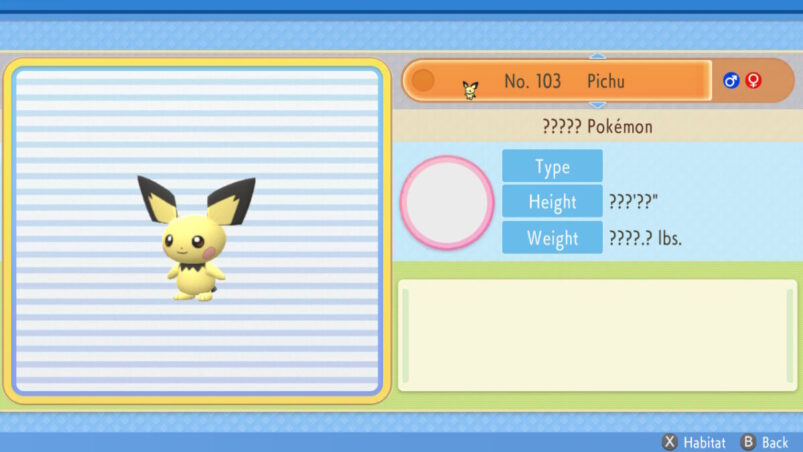 Pichu is an Electric-type Pokémon in Pokémon Brilliant Diamond and Shining Pearl that can evolve into Pikachu.

To evolve Pichu into Pikachu, players must max out the friendship of Pichu. This is one of the only alternate ways to evolve a Pokémon in the franchise aside from the traditional method of levelling them up.

To increase your friendship with Pichu, there are a few things you can do. The first is to use them often in battle, and the second, which goes hand in hand with the first method, is to have them as the first Pokémon in your party.

Giving Pokémon vitamins will also raise their happiness, as will giving them massages from the masseuse in Veilstone City.

Pichu is a much less powerful version of Pikachu (and later Raichu), but is still hugely effective against all Water Pokémon. Be sure to get an Everstone to make sure they never evolve if you prefer the smaller electric rat to the series mascot.

READ NEXT: Pokémon Brilliant Diamond and Shining Pearl: How To Evolve Psyduck Into Golduck