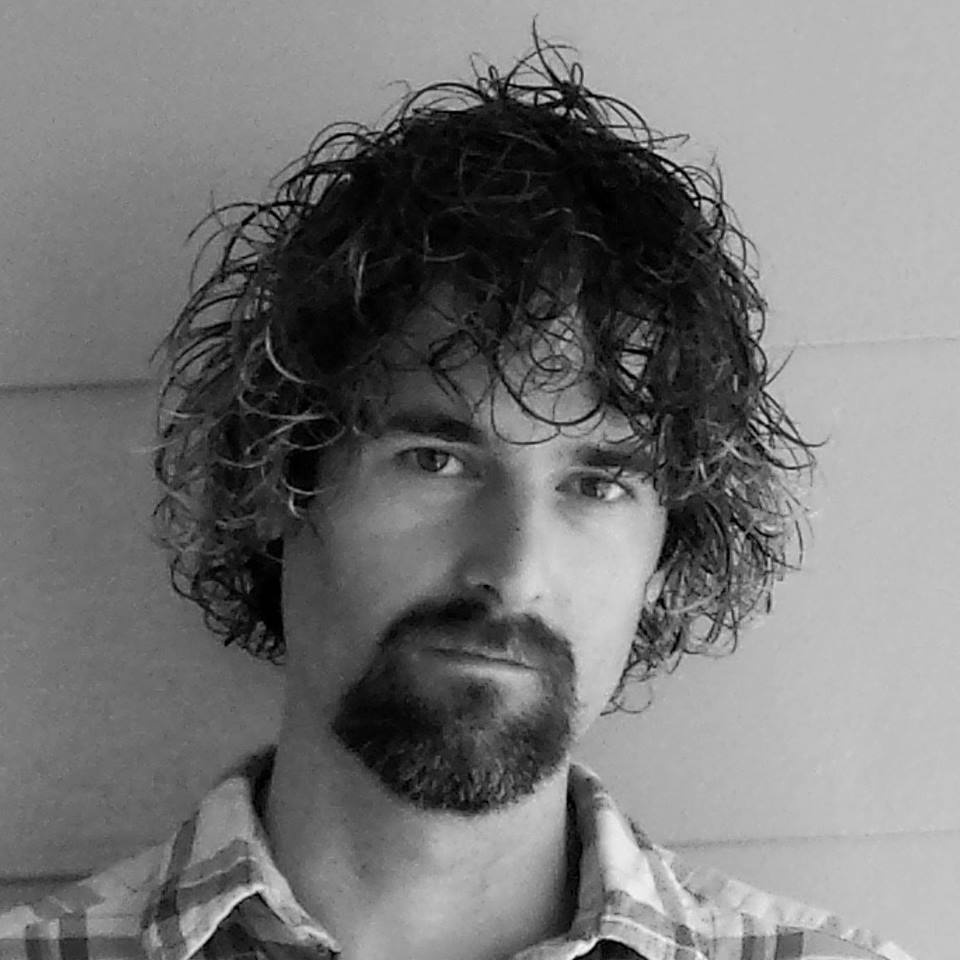 Who are you?
Scott Thomas Outlar spends the hours flowing and fluxing with the ever-changing currents of the Tao River. He hosts the site 17Numa.wordpress.com where links to his published poetry, fiction, essays, interviews, and books can be found.

Anything else we should know?
I have two new poetry collections forthcoming in 2016: “Happy Hour Hallelujah” (CTU Publishing, August) and “Chaos Songs” (Weasel Press, September 1).

I pleaded with you
from the beginning
to tread carefully
so as not to
manifest any miracles
in this old, worn out heart
that could cause the blood
to quicken its pulse
or overheat within
such withered veins
underneath my flesh.

I begged of you
from the first moment
that our eyes met
across the distance
to not sparkle so brightly
or smile so divinely
because the threat of love
might create a conflict
in this war-torn spirit
that’s known only solitude
for oh so very long.

But you, my dear,
in all your infinite wisdom,
simply never listen.

There was blood on my tongue
from the bite that you laced
into its flesh while feasting
as lust dripped in heavy drops
between the drenched silk sheets
where we crashed in sweaty waves through the night.

There was fire in your eyes
from the match that I struck
against the sweet spot of your thighs
as my lips sought the pulse of skin
where heat throbbed in electric shocks
to draw me closer to a clench that burned with release.

There were moans in the air
mixed with gasps that escaped
from the eruption in our lungs
born of raw passion from below
that roared with primal red desires
to tempt the fate of ecstatic animal rage.

Broken waves collapse
in the predawn sky
as a hallelujah tide
hangs in the balance
of heaven’s precarious grip,
and the old gods rage
for control of the scales
that begin to slip
from the slope of karma’s cancerous kiss.

Judas’ poisoned lips
press against the cheek
of righteous revelation
as the venom roars
with a desire of inflamed decadence,
and the constellations burn
in tune to the tortured cries
of weeping and wailing
erupting through the gnashed teeth of despair.