Home
Gaming
Is PlayStation Now Worth It? Only with Superfast Broadband
Gaming
·3 min read

Is PlayStation Now Worth It? Only with Superfast Broadband 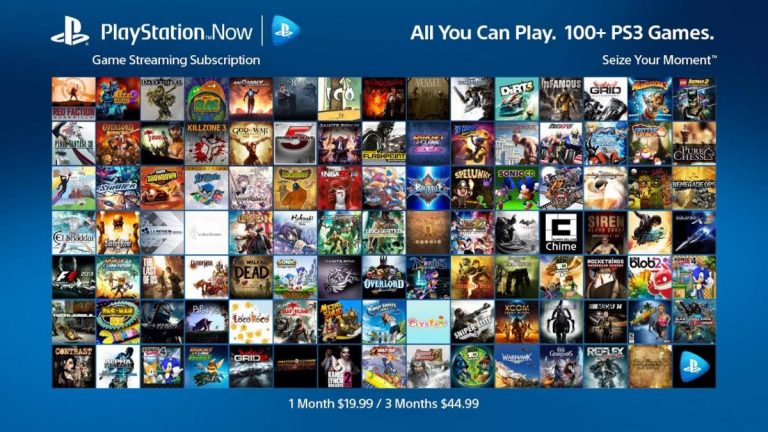 It’s hard to think of a Sony product that has divided its gaming customers more than its controversial PlayStation Now subscription service. When compared to Xbox One’s recent (free) backwards compatibility update, being asked to pay an extra £12.99 on top of PlayStation Plus costs is a bit too rich for some.

I can completely see where those people are coming from. It does rankle slightly, but once you weigh up the costs of buying PS3 games against the service’s subscription fee, it’s a money-saver. It also gives you access to hundreds of games that you might never have played – I recently found myself lost in an animal-controlled Tokyo trying to hunt as a Pomeranian. It was an oddly addictive little game that I never would have sought out if it wasn’t for PlayStation Now.

That wasn’t my first foray into the world of PlayStation Now, though. I was an early adopter having signed up to the free trial as soon as I could. As the games on the service are streamed at quite the toll on your bandwidth, I prayed that my 2MBp/s internet would be up to the job.

Games would chug along at a dying framerate, the resolution was like looking through a tub of lard at a ship way out in sea and disconnections were infuriatingly frequent; two hours of struggling with God of War: Ascension and my jimmies were sufficiently rustled.

I didn’t waste much time to cancel the service, resolving to come back to it when I had broadband that wasn’t enabled by pulling a piece of string through a tin can.

Being constantly online, both for Cultured Vultures and leisure (read: dying on Battlefield 4), I decided that I would need superfast internet when I moved house. Forgoing common sense and a sensible budget, I called up a provider and found that I would be able to receive 36MBp’s in my new home – eighteen times the speed.

With my girlfriend’s strange craving to play some Sonic to contend with, I found a couple on PlayStation Now (Sonic Generations and Sonic CD) and decided to give the service another chance. Backed by quick internet speeds, we were playing in a matter of seconds and it was overall pretty smooth, minus the worrying symbol for connectivity drop popping up now and again.

Eager to delve deeper, I scanned the library of games and found there was an impressive amount of GOTY contenders for years past. Bioshock, Borderlands, XCOM, and many more headline the offerings with PlayStation Now also offering its fair share of obscurities and indies, which isn’t to say that they’re all good. There are a lot of pure stinkers on there that wouldn’t even be Greenlit on Steam as an ironic joke.

The navigation is also rather poor, making it hard to find games you want or are in the mood for. Either they just forgot to include it or I am incredibly vapid, but there doesn’t even seem to be a search function. You will also run into the same games over and over again, which is annoying. I don’t really fancy Everybody’s Golf or an NBA game from 2013, offering it to me every other second isn’t going to persuade me.

I’m eager to jump back on the PlayStation 4 as I write this and find some more gems – Telltale games are aplenty, which I have a soft spot for. However, I’m going to find it hard to recommend PlayStation Now to everyone, purely because of the strain it puts on your bandwidth. Even if you do find stability, you’re going to be annoying everyone else in the house as you stream and pull down their speed too. If you have a speed of less than 10MBp/s, I wouldn’t bother. If you’re one of the lucky people to have superfast broadband, you can’t go wrong with a free trial.