Where To Play The Killzone Games

Kill some time with these classics. 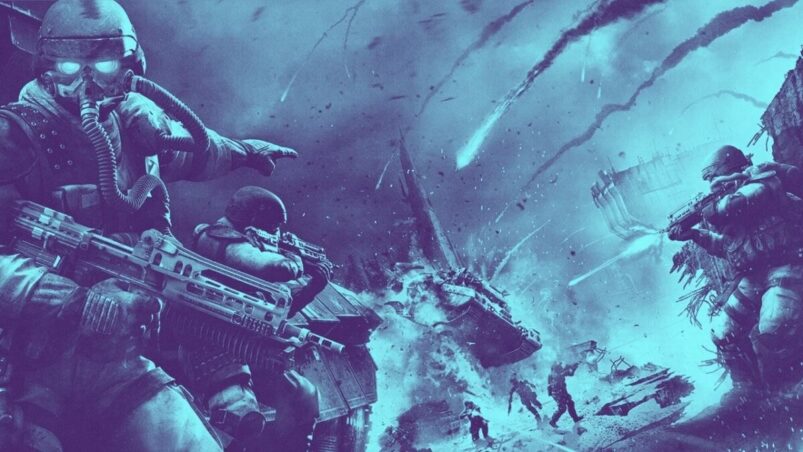 Where To Play The Killzone Games

Back in 2004, the media was convinced Killzone was going to be the “Halo killer,” a vague and ill-defined moniker for the game that would challenge Master Chief at the peak of his power. What players got instead was a drop-dead gorgeous futuristic shooter that was let down by its generic space Nazi plot and enjoyable, if repetitive, gunplay. Yet, despite the slightly mixed response from critics and gamers, Sony was so sure the franchise would come good that it funded multiple sequels.

The Killzone series never did quite live up to the lofty expectations that came with Sony’s investment, though it did drum up a decent following over the years. Nearly two decades since the original game first hit our PlayStation 2s, the Killzone series is fondly remembered as Sony’s solid flagship futuristic shooter. If you’re a gamer who cut their teeth on the shooters of the PS2 and PS3 era and you’re looking to bust a cap in some Helghast for old time’s sake, here’s where to play the Killzone games today.

Those who want to experience the Killzone franchise on modern devices are in luck, because the original trilogy and the last mainline game, Shadow Fall, are all available now on Sony’s on-demand game streaming service, PlayStation Now. Don’t expect to hop online for some multiplayer action, though — the Killzone 2 and Killzone 3 servers were shut down in 2018.

The series two portable installments, Liberation and Mercenary (on the PSP and PS Vita respectively), require the original hardware to play. The good news is that digital copies of both can be easily purchased from the official PlayStation Store, so you can start playing right now.

Used and unopened physical copies of the first Killzone game are readily available in online shops.

If you have a physical PS2 copy of the game, you can run it on a “fat” PS3 via backwards compatibility.

The game was also remastered for HD as part of the Killzone Trilogy, a collection of the first three Killzone games available for the PS3. Both new and used physical copies of Killzone Trilogy are fairly pricey, so you might want to consider getting the digital edition on the PS3 Store.

If you have a subscription to PS Now, you can play the HD remastered version of Killzone on PS4, PS5, and PC.

Physical copies of Killzone are available for ultra-low prices on Amazon and eBay, with used copies going for as low as $0.99. You can also download a digital copy of the game from the PS3 Store.

Those with a PS Now subscription can play a stream of the original PS3 version on their PS4, PS5, or PC.

Used and unopened physical copies of Killzone 3 are all over the internet at reasonable prices. A digital copy of Killzone 3 can also be bought in the PS3 Store.

You can also play Killzone 3 on your PS4, PS5, and PC with a subscription to PS Now.

New and used physical copies of the final mainline Killzone title are easily found in internet shops at fairly low prices. You can also buy a digital copy of Killzone: Shadow Fall in the PlayStation Store.

Shadow Fall is also playable via digital stream and download on your PS4 and PS5, or streaming only on PC if you have a subscription to PS Now.

The PSP Store is shutting on July 2, 2021, so Liberation will no longer be purchasable digitally from that date forward. If you already own a digital copy of the game, you can continue to download and play the game on your PSP, even after July 2.

The digital version of Liberation can be transferred to and played on a PS Vita.

New physical copies of Killzone Mercenary are widely available online, though they’re still being sold at full price. Used physical copies are a lot harder to get your hands on.

You can buy a digital copy of the game in the PS Vita Store.

Killzone Trilogy is a collection of the first three mainline Killzone titles. The original Killzone has been remastered to support 720p HD and trophies.

Physical copies of Killzone Trilogy are easily found but will cost you a pretty penny — unopened copies are nearly $80 and well-preserved used ones are selling for around $40. Digital copies of the game are available for download in the PS3 Store.

Each of the games in this collection is playable individually on PS4, PS5, and PC with a PS Now subscription. However, the Killzone Trilogy collection itself isn’t.

READ NEXT: Where To Play The Resistance Games