Where Was PlatinumGames’ Babylon’s Fall At E3 2019?

Babylon's Fall is due out sometime this year, but has been AWOL since E3 2018. 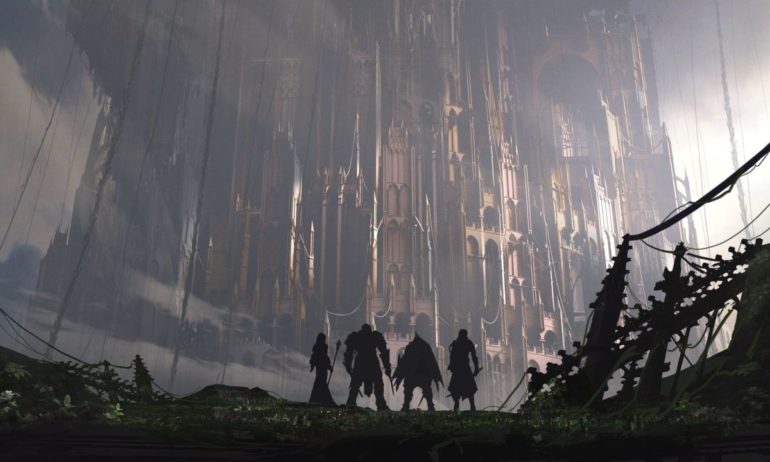 Announced back at E3 2018, PlatinumGames’ mysterious Babylon’s Fall interested plenty after looking like it would scratch a medieval action RPG itch, as well as the fact that Platinum generally know how to make the ol’ ultraviolence feel ultra fun indeed.

Here’s its announcement trailer, just to jog your memory:

There’s a tiny bit of action in the trailer, but it’s mainly to establish the game’s lore and a timeline of events, which the maniacs at Game Informer have dissected. They believe that we will be playing as a Nomad who will oppose a god named Gaia after their mistreatment of humans. All pretty interesting stuff.

The synopsis, which gives nothing away.

“BABYLON’S FALL™ is a brand-new, ground breaking project being developed in partnership with PlatinumGames Inc.”

However, it’s been all quiet on the Babylon’s Fall front since with barely even a whisper heard from either Platinum or Square Enix. Some form of update was expected at last night’s E3 2019 presser from Square, but the entire conference went by with no mention of Babylon’s Fall.

This would be fine, except Babylon’s Fall is due for release on Steam and PlayStation 4 this year.

The reason why we’ve heard so little about the game since could actually be quite simple: It’s been delayed as Platinum are a currently working on four different projects (that we know of). Along with Babylon’s Fall, Platinum are working on the Switch exclusives Astral Chain and Bayonetta 3, as well as Lost Order for mobile devices. They were even supposed to collaborate with Cygames on Granblue Fantasy: Relink, but had to defer entirely to Cygames in February 2019.

Atsushi Inaba of Platinum spoke earlier in June to Gematsu very briefly about Babylon’s Fall, saying that “it’s going smoothly. I can assure you that it’s shaping up well” and that all further announcements would be down to Square Enix.

However, with us now halfway through the year and no updates on Babylon’s Fall in sight, our next best bet to catch a glimpse of it will either be at Gamescom or TGS. However, with it being a console exclusive for PS4, we may also see it as part of a State of Play down the line.

That being said, with there being zero gameplay footage at this point, it’s a safe bet to assume that it will be pushed back into 2020.

We have contacted Square Enix for a comment and will update this when or if we hear back. Square Enix don’t seem to care for us, so don’t hold your breath.

Note: updated with information from the Gematsu interview.