It's not over yet. 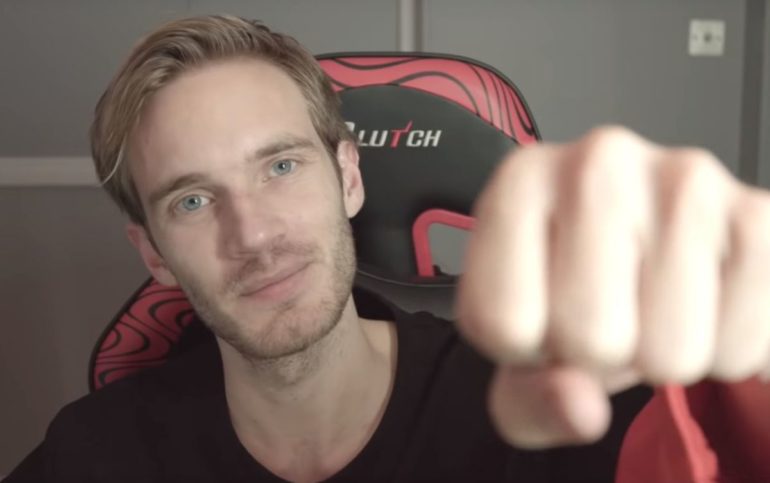 Just as it looked like all hope was lost, PewDiePie has pulled off the biggest April Fool’s prank ever on T-Series by knocking them off the top spot for most subscribed to YouTube channel.

After weeks of back and forth, T-Series cemented their place on top for more than 24 hours last week to go down as the YouTube channel with the most subscribers, ending Felix Kjellberg’s reign of five years.

The subgap reached some very high and seemingly unattainable numbers for PewDiePie to close in on, but he had one last trick up his sleeve: a congratulatory video for T-Series on overtaking him.

The tongue-in-cheek video congratulates T-Series on managing to overtake an independent creator as a corporate entity while also alluding to allegations that they pirated songs to get their big start and that their CMD is responsible for “huge tax evasion“.

Most interestingly, however, the track also reveals that T-Series issued a cease and desist letter to PewDiePie following the release of “Bitch Lasagna”. In it, PewDiePie tells them to “hold their defecation”, which T-Series took as defamation. For the curious, that is not defamation, or even really close to defamation.

The track concludes with PewDiePie thanking his fans for sticking with him throughout the years and the many controversies and changes:

“So this is it, thanks for sticking with my channel
Ever since I was a nobody, screaming at barrels.
This is it, it’s been an adventure.
It’s the end of the reign of Felix Arvid Ulf Kjellberg.
Through all the change and controversy you’ve been by my side, there’s no army in the world I would rather give me watch time.
It’s been a wild ride, so while I can still be heard, here’s one last brofist, from the number one in the world.”

The “war”, which PewDiePie himself claims to not be invested in and has done so many times, has been going on for months and has seen many ups and downs. PewDiePie has received plenty of help from the likes of Elon Musk, MrBeast, and even Logan Paul, but the regularity of uploads from T-Series and them using Indian nationalism as a driving force for subscribers has been hard for PewDiePie to fight back against.

You can subscribe to PewDiePie here, and T-Series here. The race is on for 100 million.