The Blinders are back for more fun - but the roaring 20s are well and truly over. 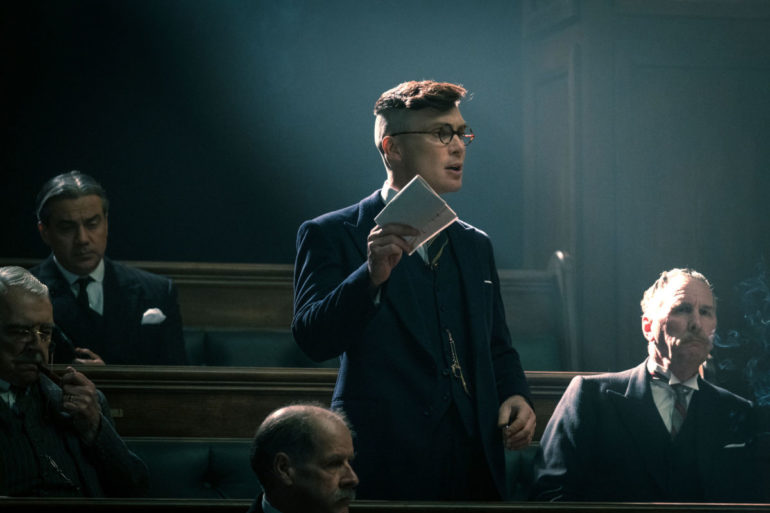 ‘Black Tuesday’, the first episode of Peaky Blinders season 5, opens in 1929, the year of the Wall Street Crash, bringing an abrupt halt to the roaring 20s. This news brings trouble for the Shelbys as well, since they have now gone legitimate, so their finances take quite the hit. We learn that this is the result of Michael’s hubris of believing he knows better, holding onto the stocks despite Tommy’s orders to sell them. You know what this means: a family meeting to sort things out (and the accompanying slow-mo struts), and tensions rising between Linda and Tommy, Lizzie and Tommy, and even Charles and Tommy.

The conflict between Charles and Tommy revolves around Tommy killing his horse. As we know from past seasons, horses are a symbolic reference to Tommy, made all the more apparent this episode when he shoots the horse and then turns the gun on himself in a stylised visual bit. In his eulogy of sorts for the horse (aptly named Dangerous), he spoke about its wildness, that no whip could tame it. By killing it, does that mean Tommy is putting aside the wildness and chaos so inherent in himself? Even if this is so, we know it is short-lived: Tommy can never be tamed or kill off the darker parts of himself.

The contrast in the way Charles and Ruby react to Tommy’s killing of the horse is certainly symbolic. Ruby asks him why he kills the horse but doesn’t seem afraid or angry with him. Similarly, Lizzie questions his shady activities but stays with him anyway. Charles is very much Grace’s child, unable to accept his father’s criminal ways and refusing to listen to his Tommy’s attempts at reason. He is not the only one. As Tommy mentions quite frequently through ‘Black Tuesday’, no one listens to him anymore.

This may be the case for the family business, but it is a different story for Tommy in the world of politics. He is reveled there, by the people he serves and even the other politicians cheer him on when he offers up his opinions in the House of Commons. Newcomer Sam Claflin, who plays MP Oswald Mosley, notes his eloquence and tells Tommy – to his face – how he has caught his attention.

The conversation takes a minute at most, yet the tension is already present, and Claflin does a good job at conveying this. Mosley was a real life politician, who was the leader of the British Union of Fascists, though Claflin has mentioned that the version in Peaky Blinders will be a different iteration.

Claflin isn’t the only newcomer: Anya Taylor-Joy also joins the cast as Michael’s new love interest. It will be interesting to see what she adds to the cast, especially her interaction with the rest of the women. My issue with Peaky Blinders has always been that the show doesn’t know what to do with its women characters. Linda is annoyingly righteous and now a druggie. Lizzie is Tommy’s wife now but she will never even come close to what Grace was to him. Ada is once again given a controversial pregnancy. Polly is living her best life and continues to be Tommy’s right hand woman, which means that her character arc is forever tied to his.

The best part of ‘Black Tuesday’ comes towards the end, when Tommy receives a visit from London Times journalist Michael Levitt (Elliot Cowan), who used to be a journalist in Birmingham. The reason behind his visit is fairly obvious, and Tommy very skilfully puts him in his place. There is much irony at play here, for while Tommy preaches about “evolution”, it is clear that things have not changed. Tommy and family find themselves returning to previous methods to make money, and Finn, of his own volition, gets himself involved in a shootout, acquiring a taste for the violent side of Peaky business (a continuation of his character arc from the previous season). Nothing is ever truly clean and legitimate for the Shelby family, and that’s the way we like it. 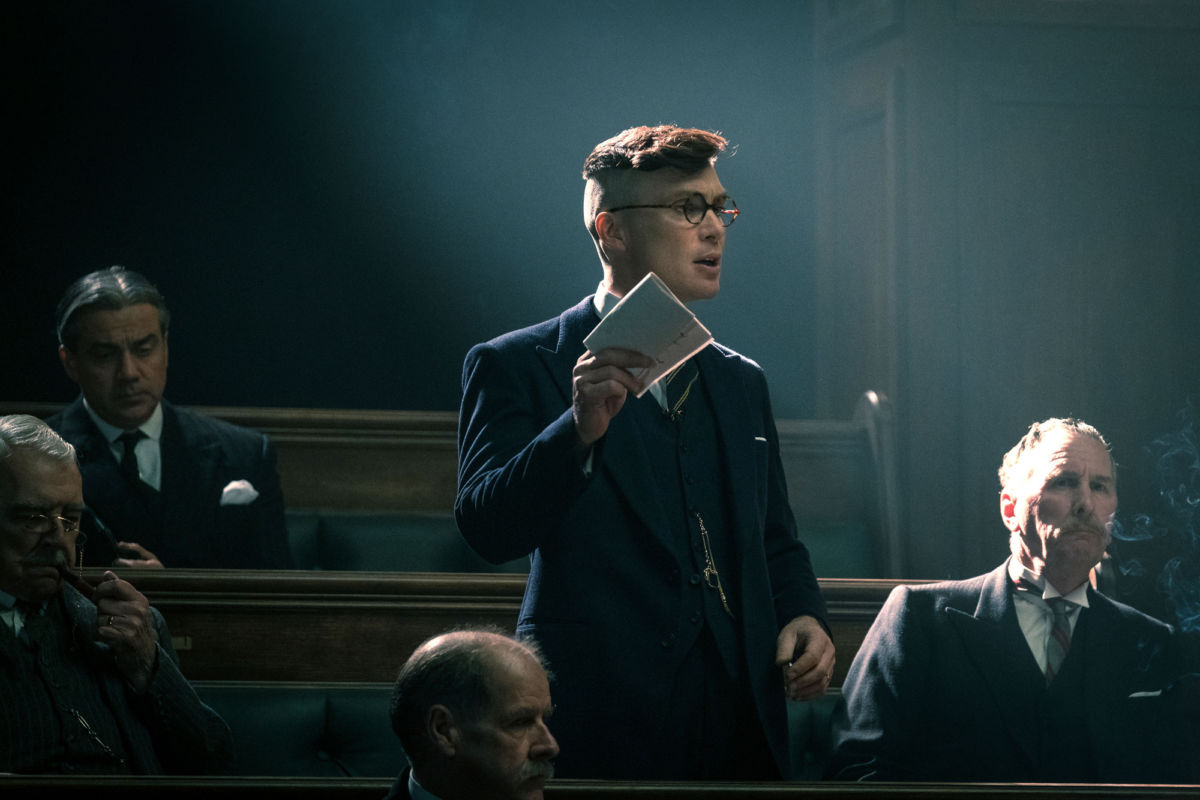 Verdict
Peaky Blinders season 5 is off to a good start, with this episode setting in motion all the key conflicts that are to be developed this season. A new nemesis for Tommy, new financial troubles, and new love interests, all make for a good balance between the family business sections and Tommy’s political life.
8
Cultured Vultures is a pop culture website established in 2013 covering all things gaming, movies, and more. We eat your words.
All The News On The Biggest Games