It's no longer "Jeff from the Overwatch team". 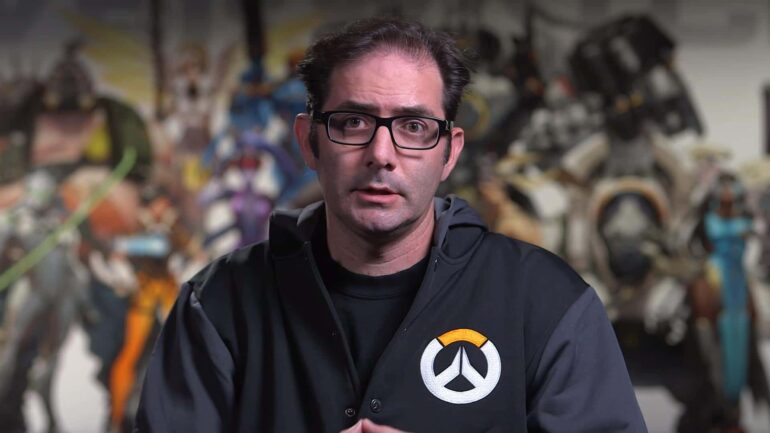 In shock news, Blizzard have announced that long time developer and Overwatch game director Jeff Kaplan will be departing the company after spending 19 years with the company. While it’s sad to see Jeff go, I’m personally pleased because it means that online dudes can no longer invoke his name to try and get me banned from Overwatch. Okay, I’m kidding about that, but it will mean no more Yule Log streams with Jeff. That’s really sad.

So What’s Going On With Overwatch 2?

The director position will be succeeded by Aaron Keller, a Blizzard veteran just like Kaplan who’s been part of the Overwatch team since the beginning, meaning the game is in capable hands going forward. Addressing the concern around Overwatch 2’s development following this announcement, Keller had this to say:

I also recognize that making games at Blizzard has always been a group effort and never about just one point of view. Together with the rest of the team I feel fortunate that we have a deep bench of development and creative leaders, numerous veteran Blizzard artists and designers, and some extremely talented new blood as well—along with tons of support throughout the company for the live game and for Overwatch 2.

Speaking of Overwatch 2, development is continuing at a good pace. We have an exceptional vision we’re executing on, the reaction from many of you to the updates we shared at BlizzConline thrilled us, and we have exciting reveals planned for this year and beyond as we ramp to launch. We’ll be sharing more frequent updates about Overwatch 2 progress and new features in the live game with you all very soon.

In the same post regarding the announcement, Kaplan shared a small goodbye message to fans of the game:

i am leaving Blizzard Entertainment after 19 amazing years.

it was truly the honor of a lifetime to have the opportunity to create worlds and heroes for such a passionate audience. i want to express my deep appreciation to everyone at blizzard who supported our games, our game teams and our players. but i want to say a special thanks to the wonderful game developers that shared in the journey of creation with me.

never accept the world as it appears to be. always dare to see it for what it could be. i hope you do the same.

READ MORE: 5 Things We’d Like To See In Overwatch 2