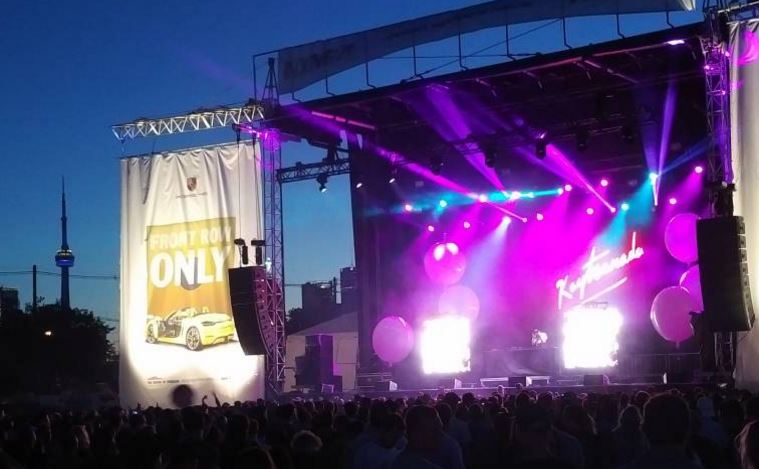 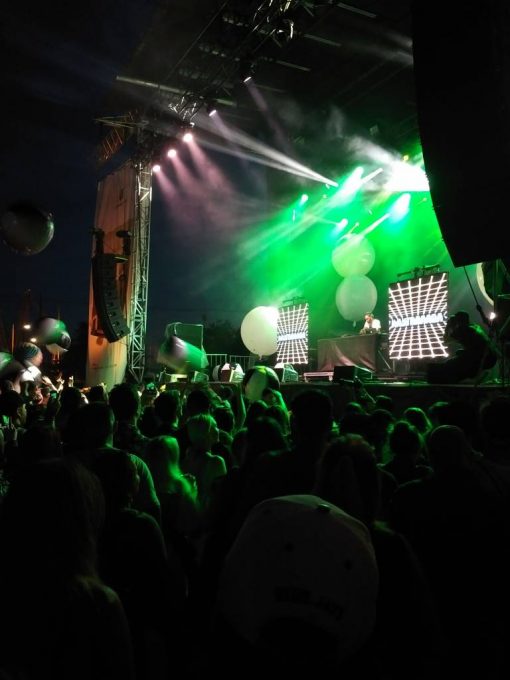 I was most excited to cover NXNE again when they initially announced that Tyler, The Creator would be headlining the Saturday night of the Port Lands Festival. Tyler eventually had to drop out though, as he landed a new TV show Nuts and Bolts and had to cancel all his tour dates to work on it. To replace him as the headliner, NXNE booked rising Canadian star Kaytranada, who’s coming off a Polaris Prize and Juno Award-winning debut album, 99.9%. He’s a diverse EDM DJ who also produces hip-hop and RnB, and while electronic music isn’t exactly my vibe, I can say I’ve been a fan of Kaytra since hearing his album and seeing him open for Anderson .Paak at the 2016 Manifesto Festival.

This time I got to the festival while the sun was still high in the sky, and got to check out the food trucks and Porsche display before Bleachers hit the main stage. Bleachers’ new album Gone Now was released earlier this month, and so this would be one of the first shows where fans would get to hear the new songs performed live. While the album is written and produced entirely by frontman Jack Antonoff, on stage he had a band consisting of two drummers, two keyboardists who also played bass guitar and saxophone, and himself on lead guitar and vocals. All of the band members also performed background vocals, but the crowd was pretty good at joining in as well. 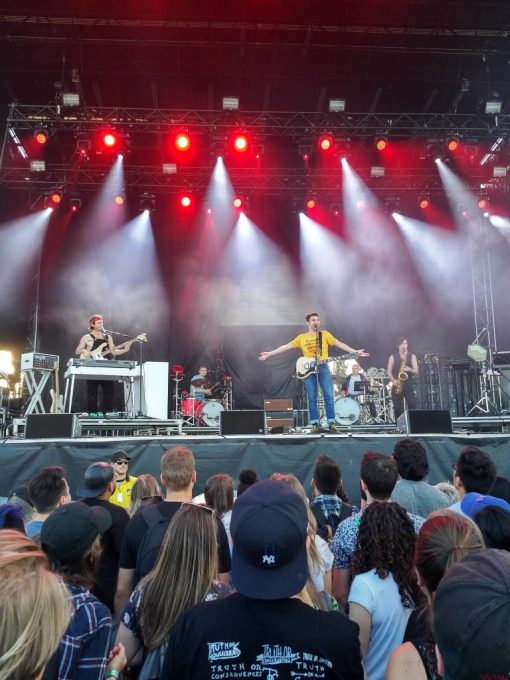 With all the drum kits and synthesizers on stage, the various guitars Antonoff alternated between, and an entire crowd providing backing vocals, the big production sounds of Bleachers’ records translated perfectly to a live performance. They played several of their older hits like “Rollercoaster,” “You’re Still a Mystery” and “I Wanna Get Better,” with slightly varied breakdowns and extended solos. They also did songs off the new album like “Everybody Lost Somebody,” “I Hate That You Know Me,” and closed the set with their newest single, “Don’t Take The Money.” Even with the songs being less than a month old, the crowd seemed to already know all the lyrics.

After Bleachers rocked the main stage, we made our way over to the Canal Stage, where Tinie Tempah would put on one of the best hip-hop performances of the entire festival. Coming all the way from London, UK, he brought the energy out of the crowd right away. Fans were going all out with the dance moves, and were jumping and waving their arms to the beats. Also, he actually rapped using his own voice, although he still did some songs over his own vocal recordings. 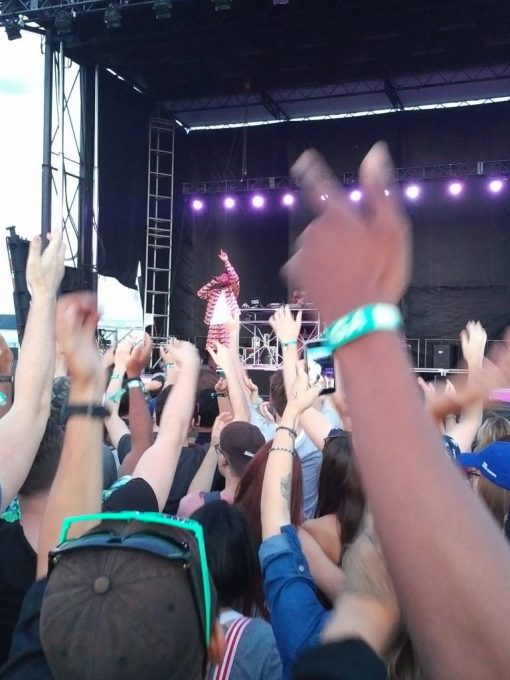 I don’t know much about his music, but I sampled his most recent album, 2017’s Youth during the week leading up to the festival. His style kind of reminds me of Drake’s most recent music, except Tinie Tempah is actually British, and he sticks to rapping for the most part. He performed several songs off the new album including “Mamacita,” “Text From Your Ex,” “Girls Like” and “Holy Moly.” All these up-tempo jams had good energy, and he definitely made new fans out of those who weren’t already up on his music.

Soon after Tinie Tempah closed out the Canal Stage, it was time for the headliner of the evening to hit the main stage. Glow sticks were handed out to the fans, and Kaytranada got things started as the sun was setting in the background, lighting up the stage with several screens surrounding his DJ equipment. He opened his set with one of my favourites off of 99.9%, “Together,” and continued the groove with some new mixes. The crowd danced and tossed around large beach balls as Kaytra remixed some classics, including Usher’s “You Don’t Have To Call,” and threw in some of his own songs. While he did have a microphone, he rarely ever used it, and simply let the music speak for itself. 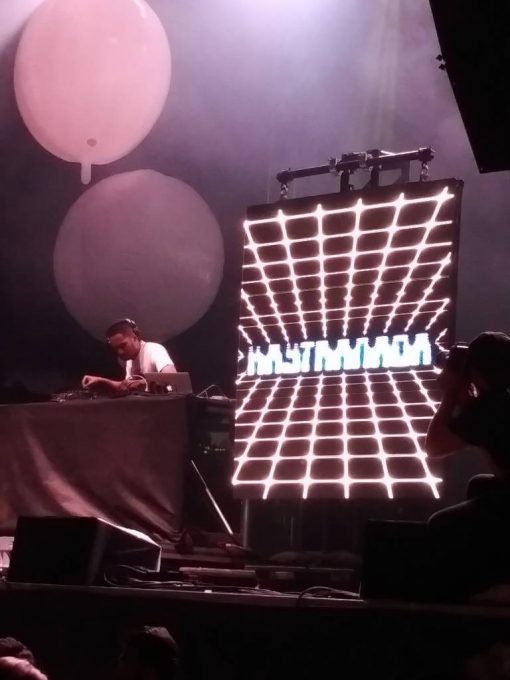 I still don’t think I fully understand the appeal of EDM performances. While the music itself is fun, there’s not much going on besides the DJ working behind the turntables and laptop. It feels very much like a dance party vibe you can get at any nightclub, although the special outdoor setting of the Port Lands has more visual appeal. It is what it is though, and it’s still great to see a Canadian artist like Kaytranada land this headlining platform. His set got the crowd moving, and music nerds like myself appreciated the slight adjustments to the mixes he made when playing his own album cuts.

Between all the performances on Saturday night, there was a good variety of energies, ranging from pop anthem singalongs to turning up to some rapid-fire raps, to a full-on dance party. Check out page three to see how NXNE closed out the festival!