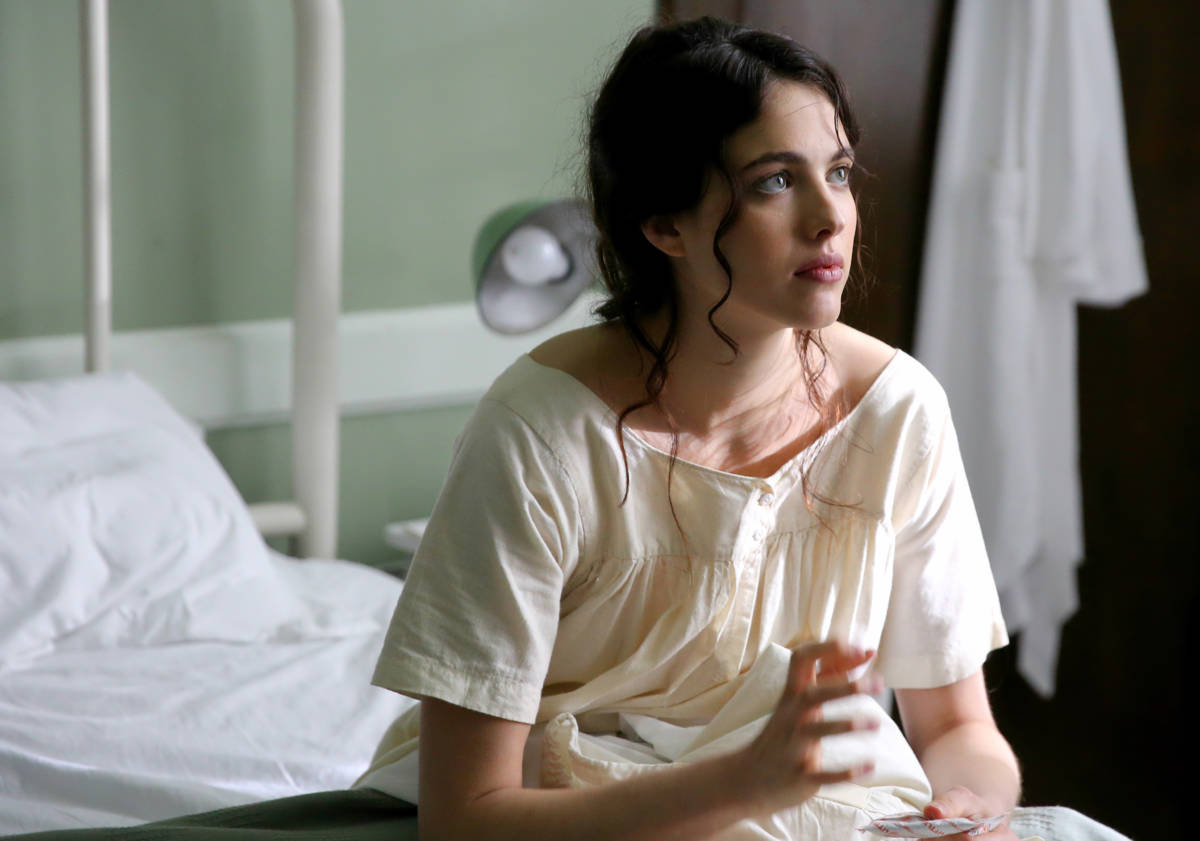 Novitiate explores life in the convent for novice nuns in a world where changes are on the horizon.

It’s an intriguing look at religion for Maggie Betts, who directs her first narrative feature film. There’s two struggles going on at the Roman Catholic convent, Order of the Sisters of Blessed Rose: Reverend Mother Marie (Melissa Leo), who comes off as a tyrannical figure, struggles with adopting the Vatican II reforms while Sister Cathleen (Margaret Qualley) isn’t truly sure what she wants out of her life as a nun.

It’s the best performance for Leo since winning an Oscar for The Fighter as the actress disappears into the role.

In writing the screenplay, Betts has decided to use religion as a way to explore the idea of women falling in love but not in the same way that is seen in most romantic films. It makes for an intriguing film as film goers get an opportunity to see what really goes on behind the scenes at a convent. Hint: Novitiate is in the running for one of the sexiest films of 2017!

Some people have an easy time falling in love. Despite being raised in a non-religious Tennessee home with her mother, Nora Harris (Julianne Nicholson), Cathleen enrolls in a Catholic school after earning a full scholarship. Soon thereafter, Cathleen falls in love with the Almighty and to serve the Creator as a nun. Is it truly the life she wants? Or is there something else that’s beneath the surface?

On the other hand, there are major reforms coming down from the Vatican. How does the Reverend Mother choose to respond to the order? Rather than see it as being mandatory and only as suggestions, she chooses to adopt the less-radical reforms because she’s not about to give up her strict views on punishment. An Oscar-y scene sees the mother breaking down while reading a speech as she realizes her way of life is about to change.

For many of the other nuns in Novitiate, played by Dianna Agron, Morgan Saylor, Liana Liberato, and Maddie Hasson, they have their own struggles with identity. They have their own ways of coping with the process.

Coming from the viewpoint of another religion, watching Novitiate isn’t as much eye-opening in as much as one can’t believe that someone would choose to live a life in which they are treated so inhumanely. From the time Cathleen became a postulant through the time in which she starts to undergo the novitiate training, viewers get the sense that there’s a struggle at bay with her decision.

A complete opposite of its comedy companion The Little Hours, Novitiate is certainly a thought-provoking film that explores both faith and feminism with an exceptionally strong performance from Melissa Leo.