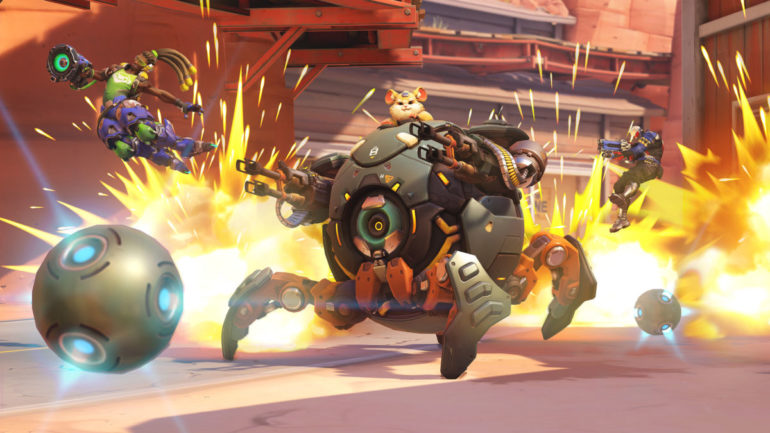 It was announced yesterday that Nintendo would be hosting a Nintendo Direct stream today. Typically, Direct’s are filled with announcements, and today’s Direct was absolutely no exception. Let’s break down all the key details from today’s Nintendo Direct.

Overwatch Coming To The Switch

Who saw that coming? Blizzard’s Overwatch will coming to the Nintendo Switch next month, and it’ll include all the relevant updates to bring it in line with over versions of the game. Overwatch on the Switch will also include motion controls for gameplay like Junkrat’s RIP-Tire, making it completely unique.

For those looking forward to the Big Green One’s next big adventures, more details were revealed for Luigi’s Mansion 3, including a look at some of the weird environments he’ll be exploring as part of the haunted hotel. Also revealed was the ScreamPark mode, a collection of party minigames that supports up to eight players locally. Luigi’s Mansion 3 will be launching on October 31st for the Nintendo Switch.

Return Of The Obra Dinn Coming To The Switch

"Return of the Obra Dinn" is coming to Switch, PS4, and XBox One this fall. More details when I sort out an exact date. pic.twitter.com/TBqrKnivXp

Enough said, really. Also, a Mii Gunner outfit based on Sans from Undertale will be launching today too, and it’ll include a new mix of Megalovania. Super Smash Bros. Ultimate really is an all encompassing game, huh?

I’m sorry, what? Cult classic Deadly Premonition will be getting a sequel, Deadly Premonition 2: A Blessing In Disguise. Players will control Aaliyah Davis and the returning Francis York Morgan to solve a brand new mystery. Just for an added kicker, a remaster of the original game, titled Deadly Premonition Origins, will be available on the Nintendo Switch today.

The most authentic version of a table-top RPG in gaming can now just be played on a table-top, as Larian Studios’ smash hit Divinity: Original Sin 2 will be making its way to the Nintendo Switch. Cross-platform saves have also been confirmed with Steam, along with 4-player co-op, so it’s the authentic experience.

DOOM 64 Getting A Remaster

DOOM 64 will be coming to the Nintendo Switch on November 22nd, which is also the release date for DOOM Eternal. Hard to not think that this classic remaster won’t get lost in the shuffle when the new game comes out, but either way it’s great to see an oft-forgotten about hit make a comeback.

Hi-Rez’s next game Rogue Company was revealed during the Nintendo Direct, a new multiplayer shooter with customisable characters, It’s been confirmed on the game’s official website that it’ll be coming to PS4, Xbox One and PC too, and you can sign-up for the alpha right now. Rogue Company will also feature cross-play and cross-progression across all platforms, which is pretty neat in and of itself. Rogue Company is set to launch in 2020.

It wouldn’t be a Nintendo Direct these days without some form of information regarding the upcoming Pokémon Sword and Shield games, and today was no exception, as they revealed four new features coming to the game when it launches in November.

Firstly, you can customise your look with a variety of clothing items and hairstyles, along with some make-up options. Secondly, Pokémon Camp allows you to play with your Pokémon, meaning you can play fetch with Yamper. This is already Game of the Year. You can also interact with other camps when out in the Wild. There’s a dedicated curry cooking minigame, with supplementary Currydex, for reasons currently unknown, and new Pokémon include the ghost type Polteageist and the bird type Cramorant.

It’s been one of the most requested features, and Nintendo have made it happen: you’ll finally be able to play SNES games as part of the Nintendo Switch Online Subscription. The library will feature 20 games at launch tomorrow, with more to be added. Also, there will be a SNES controller compatible with the Switch that’s exclusive to Nintendo Switch Online users.

In arguably the most random Nintendo Switch port ever announced, it was revealed that Star Wars Jedi Knight II: Jedi Outcast will be coming to the Nintendo Switch on September 24th, or at least the single player portion will be. Considering that Jedi Outcast is regarded as one of the best Star Wars action games ever made, it’s a nice inclusion to the Switch’s ever-growing library of ports.

A press release from Aspyr, the developers handling the port, has confirmed that Jedi Outcast will also be launching on PS4 on September 24th, while Jedi Knight: Jedi Academy will be launching in 2020 and will support online multiplayer battles. Both games have also been developed to support GYRO aiming with the Switch’s Joy-Con controllers.

If you ever really wanted to live that island life, Animal Crossing: New Horizons is the opportunity you were looking for, with more details and gameplay shown during today’s Nintendo Direct. You’ll be able to craft tools, catch animals, build a tent for yourself and play with up to four players using local wireless or eight players online. The game will launch on March 20th, 2020, so you’ve got plenty of time to get your affairs in order before Animal Crossing consumes your life.

And that’s the biggest news from today’s Nintendo Direct, and that’s not including the Daemon X Machina Prologue Demo, new Trials of Mana footage or Little Town Hero. What was your favourite news from the Nintendo Direct? Let us know in the comments.