Night Of The Creeps BLU-RAY REVIEW – Zombies, Slugs, and Blowtorches

A special edition of this very fun 80's horror-comedy is out now from Scream Factory. 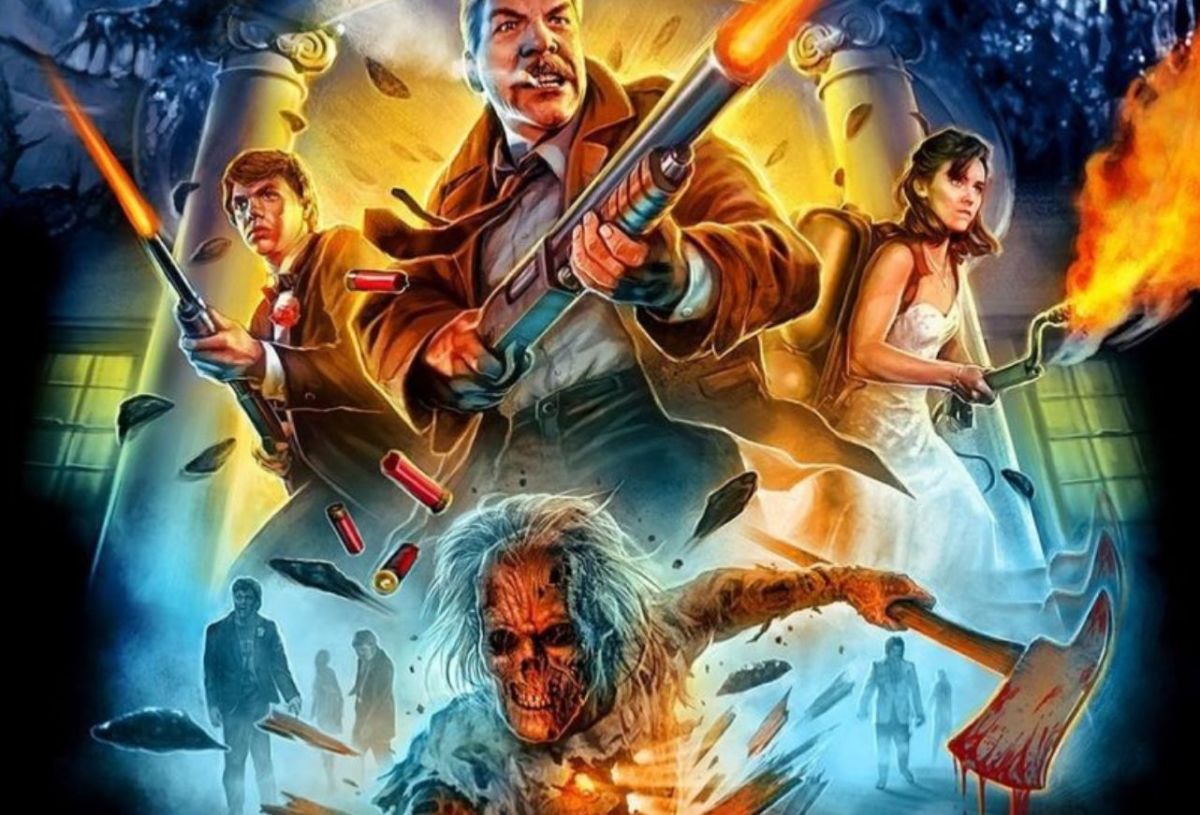 Written and directed by Fred Dekker (Monster Squad) in his feature film debut, Night of the Creeps is in a lot of ways like a horror version of the horny-nerd-makes-good trope that was, for good or bad, in all sorts of movies in the 80’s. These horny teenage comedies have been reassessed recently, and for good reason. But this is no Breakfast Club or Weird Science. Night of the Creeps lacks the cynicism of a typical 80s horror flick, and it’s almost wholesome as far as movies about nerds pursuing a hot girl out of their league go. Plus, it has Tom Atkins, and what genre fan doesn’t love him?

Jason Lively, who originated the role of Rusty Griswold in the Vacation film series, plays Chris, a sweater-wearing dweeb who pines for Cynthia (Jill Whitlow), an intelligent sorority girl. The only problem is that she’s currently dating a member of the Deltas, an alpha male goofball fraternity. So of course, Chris figures that the best way to get to know Cynthia is to join the Deltas. His best friend J.C. (Steve Marshall) suggests possibly just talking to her, but when has the direct approach ever worked?

Brad (Allan Kayser), the leader of the Deltas and Cynthia’s boyfriend, decides that, sure, the two can join the frat. All they have to do is steal a corpse and place it on a rival frat’s doorstep. Easy right? Well, finding the body proves easy enough. They find one cryogenically frozen in a lab on campus. I mean, what respectable college institution doesn’t have a mad scientist-type lab? Well, as you might suspect, the only problem is that the body they’ve found has a slug in his head that, when it jumps into someone’s mouth (ew), turns them into zombies. Once inside a host body, it reproduces and the process starts all over again.

Tom Atkins stars alongside the young actors as Detective Ray Cameron. He’s the guy who utters the film’s most famous phrase. “Thrill me,” he says in a cynical deadpan, because, you know, he hasn’t been thrilled since 1959, when he lost his girlfriend to another man. Reconciliation with his lady love proved impossible when a serial killer stuck an axe in her head and her new boyfriend got infested with zombie slugs from space. Ah, well, but relationships are complicated, aren’t they?

But that was then. Now Cameron lives in dreams and fantasies, reading noir novels by Dashiell Hammett, and dreaming of himself as a Bond-like secret agent surrounded by women and a good drink. Now, with zombies running around, he’s going to find the sense of purpose he’s been looking for, as well as a few thrills.

Atkins, perhaps best known as the lead in Halloween III (AKA, the one without Michael Myers) looks like he’s having a blast playing Cameron. He’s a perfect straight man against the wild stuff going on around him, but he also has some of the funniest lines of dialogue, made even funnier by the dry, cynical nature of Atkins’ delivery. I’m not sure there’s another actor who could play this role so straight while being so funny.

I love this film, but if there’s anything that really bums me out about it is that we see some really cool aliens on a spaceship at the beginning of the movie (one of which drops container containing the slugs out a hatch toward Earth), but we never see them again later on. It’s clearly a bunch of little people chasing each other around in suits that look like a combination of E.T. and a very pissed off gremlin, but it really works. The setup makes you think the little fellas’ll have an important role in the plot, but we never see them again. And that’s too bad. They’re both cute and hideous and I want a spinoff movie featuring their zany adventures to be released by 2021. Nay, I demand it. Ah, but I can dream, eh?

The movie’s not really concerned with delivering some kind of message, and there’s really never a dull moment. There’s not much fat on the script – Dekker knew where he was going and he got there using as straight a line as possible. But as perfect as the pacing is, it still manages to slowly ramp up the weirdness and zombie violence before the frenetic climax that includes a horde of Delta zombies and a blowtorch. Because of course it does.

The special features include two commentaries. The first is with writer/director Fred Dekker, moderated by Michael Felcher. Dekker warns at the beginning of the commentary that he’s going to talk fast as a means of delivering the maximum amount of information. And boy does he follow through. It’s a good mix of technical information, behind the scenes gossip, and production history without leaning too much on one thing or another. It’s a very well balanced commentary, and you can tell Dekker was happy to finally get to share his thoughts in this format.

The other audio commentary is with Tom Atkins, Jason Lively, and Steve Marshall. I was happy to see that Atkins is still full of boisterous enthusiasm, even in his early 80s. This commentary was a lot of fun. Honestly, it was like listening to old friends during a reunion.

Other special features include a bunch of ten minute interviews with members of the cast and crew, and an episode of Horror’s Hallowed Grounds where host Sean Clark, Fred Dekker, and Jason Lively visit some of the film’s locations.

Scream Factory has outdone themselves again. This is a release that I highly recommend to cult and horror movie fans.

Verdict
Night of the Creeps is essential 80's good time schlock. This new Scream Factory edition is the best the film has ever looked, and the many extras included make this an essential release for fans..
8
Cultured Vultures is a pop culture website established in 2013 covering all things gaming, movies, and more. We eat your words.
All The News On Your Favourite Games