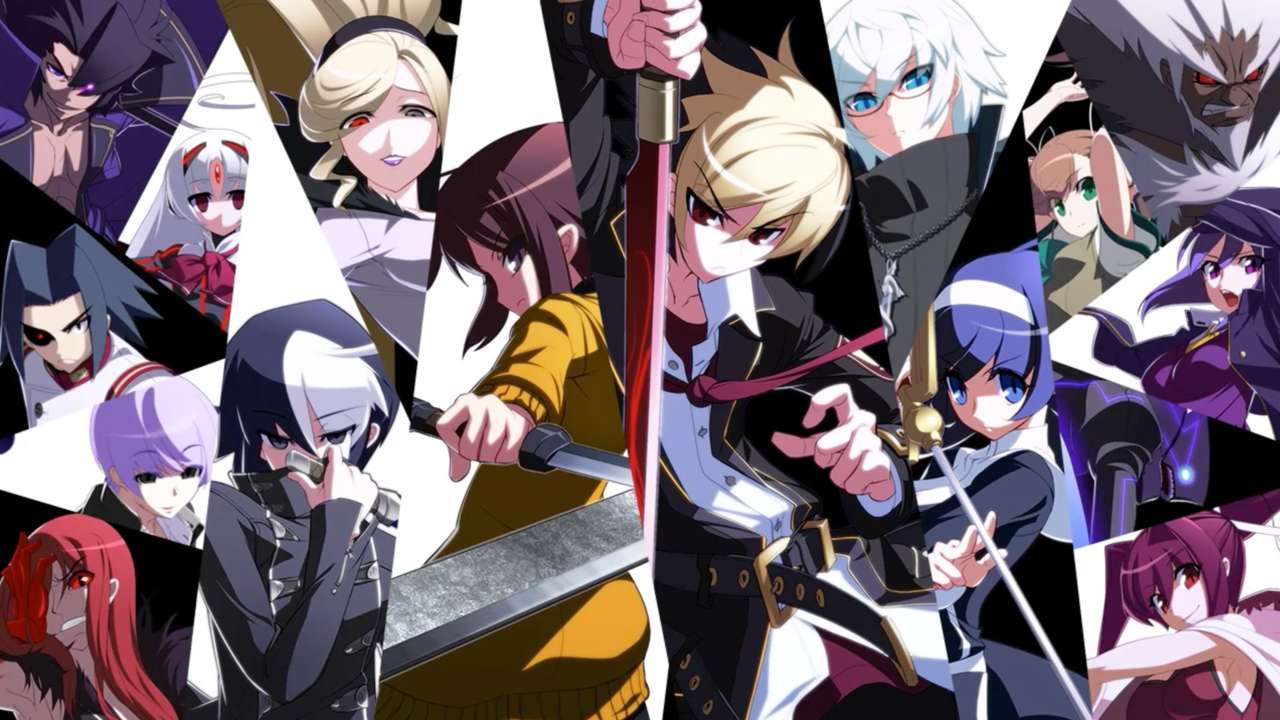 If there were awards for catchy titles in gaming, Under Night: In-Birth EXE Late[st] would probably earn the Razzies equivalent. “Biggest 100M Hurdle of a Game Title”. It’s a bit of a mouthful, but that seems to be standard for Japanese anime fighters as a whole. Blazblue: Chronophantasma Extend and Guilty Gear Xrd Revelator spring to mind, but Under Night beats all of them.

If you haven’t heard of Under Night: In-Birth, you’re not the only one. In terms of popularity and recognition, this is somewhat of a third tier game. If the main franchises like Street Fighter, Tekken and Mortal Kombat are first tier, games like Blazblue and Guilty Gear are second tier. Still widely known and hugely popular amongst the fighting game community, yet not enough to earn mainstream appeal. Under Night sits below that on the third tier. It still has a loyal following, but this is a niche game for a niche genre. 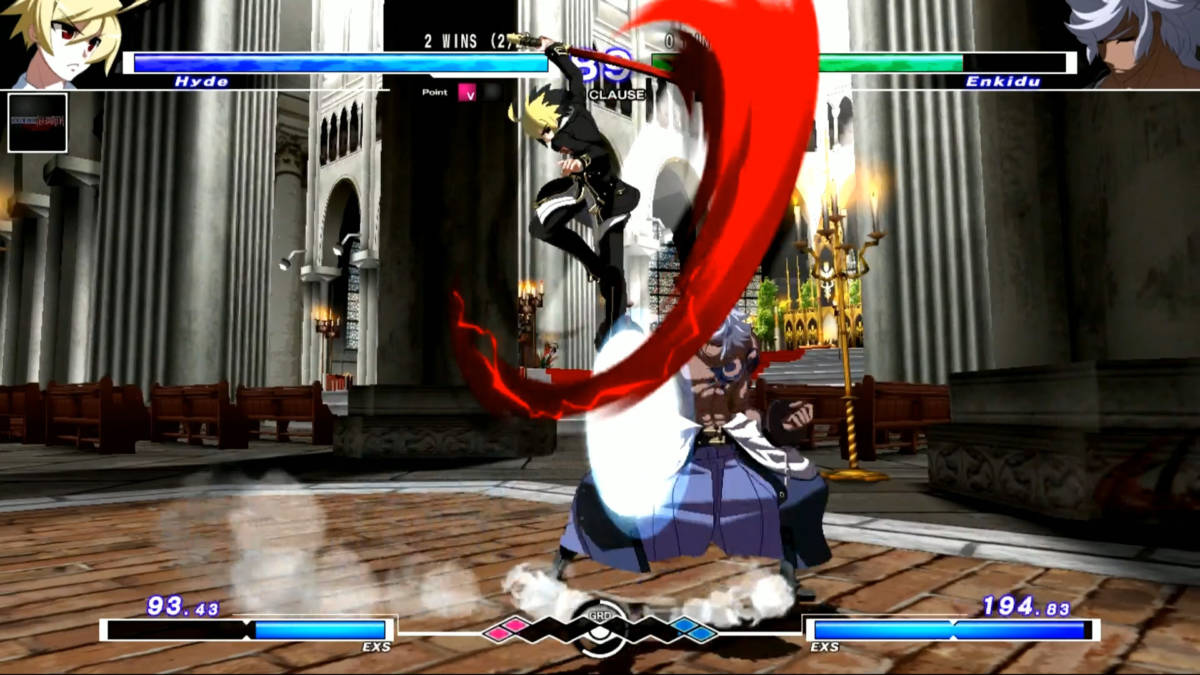 But with the announcement of Blazblue: Cross Tag Battle, which includes characters from Under Night: In-Birth, there are arguably more eyes on this IP than ever before. So how does this latest iteration of the game stack up to other fighting games in the genre? Will this step into the spotlight help create a new juggernaut fighting game franchise?

New players will find that there’s a lot about Under Night: In-Birth EXE Late[st] that’s familiar. The lovely anime visuals, the comprehensive tutorial that teaches you about all aspects of the game, and even the beginner-friendly systems such as auto combos all make an appearance, and they’re all hallmarks of a game affiliated with Arc System Works. 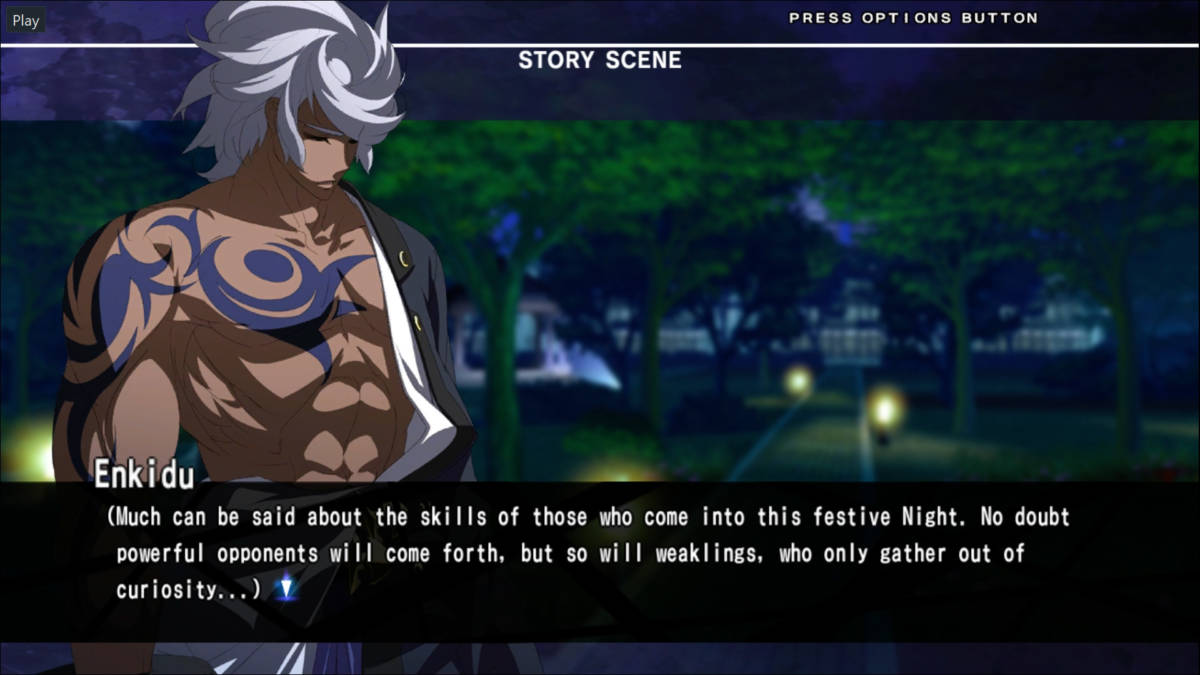 Under Night: In-Birth is a four-button fighter that utilises a light, medium, heavy and special button structure. If you’re a new player, mashing light will perform an auto combo, while light > medium > heavy is a universal combo for pretty much every character. Those are the basics, but the tutorial covers things in much more detail. With about 100 lessons just on the core concepts of the game itself and more for each character, you have a lot of studying to do.

As far as systems or gimmicks go, the main USP for Under Night: In-Birth is the Grind Grid, which functions as a tug of war of sorts. The GrD Gauge at the bottom of the screen fills up on both sides depending on the actions of each player. Pressuring your opponent, moving forward, landing and blocking attacks will fill up the gauge, whilst moving backwards, missing throws and getting hit will deplete the gauge. At set intervals, whoever has more attains a buff know as Vorpal State. 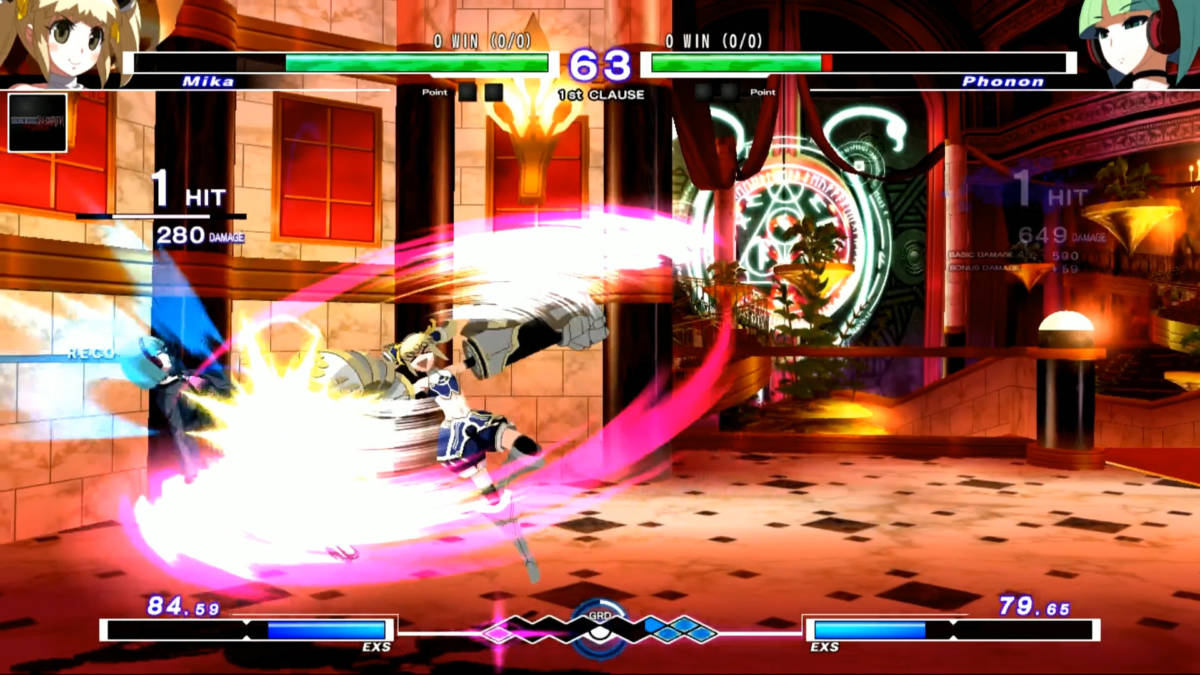 In this state, you do more damage and unlock access to unique traits and abilities such as Chain Shift, which can be used to extend combos amongst other things. This system is effective as it naturally encourages a more aggressive style of play. You’re rewarded for being in your opponent’s face and doing damage rather than standing at the end of the screen and throwing fireballs. Nobody likes that person. If you are that person, shame on you.

The characters on offer in this game cover a broad range of waifu contenders, stoic and brooding types to full on edgelords. The three cornerstones of fighting game characters, essentially, but they’re also diverse in their moves and abilities. Between the rushdown, grappler, zoning, footsies and assist focused characters, you’ll find a character right for you. Personal favourites for me include Enkidu, who eschews swords and scythes in favour of just smacking you in the face, and Waldstein, a grapple character with range rivalling that of Dhalsim. In the right hands, both characters are forces to be reckoned with. Unfortunately, those hands aren’t mine. 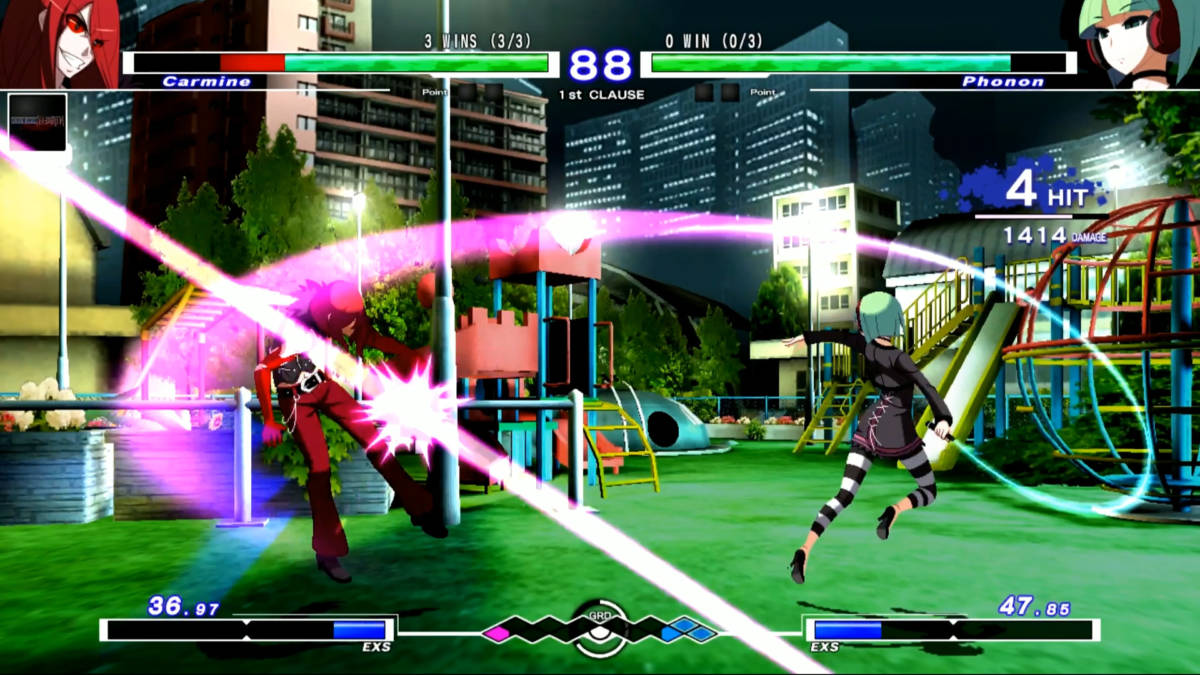 As for modes, Under Night: In-Birth EXE Late[st] covers all the usual bases you would expect from a fighting game. You’ve got Arcade Mode, Score Attack, Time Trial, Survival, Mission Mode and Chronicle Mode. While most of those modes are fairly self-explanatory, Chronicle Mode functions as the long-form story mode of the game.

Instead of telling us a long narrative about the events of the Hollow Night, Chronicle Mode acts as a prequel to the story told via Arcade Mode. It’s basically the reverse of Guilty Gear Xrd Revelator/Rev 2’s Story Mode, which focused on the events after Arcade Mode. In Chronicle Mode, you follow one character at a time, experiencing their actions before everyone meets up for a giant dust-up.

Unfortunately, the mode takes the form of a visual novel that offers no interaction save for pressing X to prompt the next text box to appear. There are no fights, no choices and no consequences; just hours upon hours of exposition. For fans of the series, you might get a kick out of the mode, seeing the roots of your favourite characters and all that. For everyone else, you might want to turn on Skip Message in the pause menu and just farm the trophies. You (probably) won’t regret it.

Despite that, Under Night: In-Birth EXE Late[st] is still quite content rich, so there’s always plenty to do. Whether or not there’ll be any true longevity will only be established when it launches in the West and the online servers become populated. Games like Mortal Kombat and Tekken will always have people playing them, but this? We’ll have to wait and see, but I have my fingers crossed.

Verdict
Despite having no prior knowledge of Under Night: In Birth EXE Late(st) before being handed a review copy, this iteration represents the perfect jumping on point. Great gameplay, beautiful visuals and excellent character design combined to create something fantastic.
8