The Next Mario Game Should Follow On From Bowser’s Fury 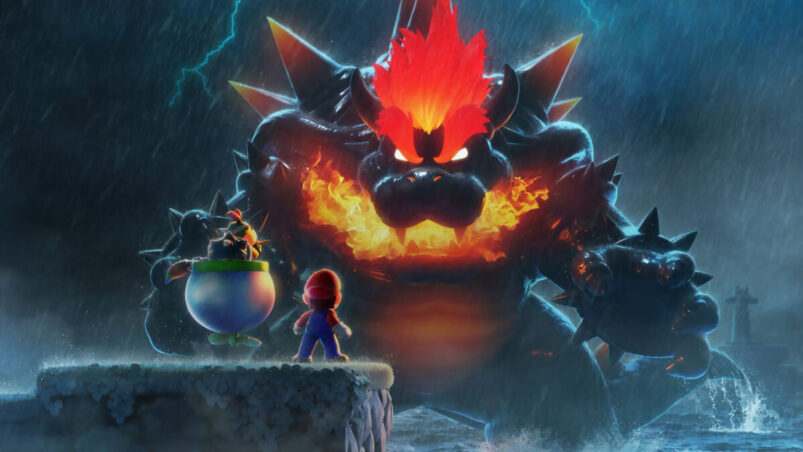 We can’t be the only ones who feel a new proper Mario game is imminent, right? It’s been 5 years since the release of Super Mario Odyssey, and while we’ve had titles like Mario Party Superstars and the upcoming Mario & Rabbids: Galaxy of Hope, the most exciting thing that’s happened to the plumber since Odyssey was the Switch port of Super Mario 3D World. Sure, it was exciting because that game is absolutely incredible, but what was really enjoyable about it was the addition of Bowser’s Fury.

If you’re unaware, the Switch version of Super Mario 3D World came with a second, short-ish campaign called Bowser’s Fury. Essentially, Bowser has become large and in charge, arguably too much so, and Mario has to collect some Cat Stars to fight him or something. It doesn’t sound like the most original premise, but how Nintendo executed that vision makes for a potentially exciting future for the world’s most famous plumber.

Instead of selecting individual levels, Bowser’s Fury introduced an open world element into the Mario formula, similar to Odyssey’s level design but blown up across a full map. The entire map might have been covered in water, with some islands scattered among the place, but the sheer size of the overall map felt like something never seen before in a Mario game, and it’s something that should continue into the next one too.

Not only that, but Bowser’s Fury had an unbelievable level of spectacle that, again, isn’t seen so much in other Mario games. The day/night cycle coincided with Bowser transforming into a massive rage monster at night, which added a layer of extravagance often not showcased in Mario titles. They’re amazing games, but they often don’t focus too much on memorable set pieces. The one exception would probably be the Jump Up Superstar section in Odyssey, but Bowser’s Fury felt like a game-long display of Nintendo’s showmanship, as opposed to just one section.

Bowser’s Fury felt like a proof of concept for Nintendo to make a Mario game that bucked the conventions and tropes of the games that came before it, and I hope they stick with this new formula going forward as there’s so much they can do with it. For starters, they can make half the map not be an ocean. That’d probably be an interesting jumping off point.

The point is that a Mario game where you could explore pretty much wherever you want, whenever you want is something that should be developed and expanded on in a future game. Keep the mini levels within the world, as that’s where Nintendo’s magic shined, but unify them into one explorable world that allows players to come up with inventive solutions. Making certain platforming puzzles easier because you’ve nabbed a power-up from another part of the world added a layer of satisfaction to Bowser’s Fury that other Mario games might have lacked.

Bowser’s Fury felt like the natural progression for everything that Super Mario Odyssey was trying to accomplish, and considering it’s been half a decade since Odyssey blew our collective socks off, it’s about time we see a Bowser’s Fury 2. Whether that comes in the form of Odyssey 2, a sequel to Bowser’s Fury or a new Mario game entirely, it doesn’t matter. The future of Mario looks bright regardless.