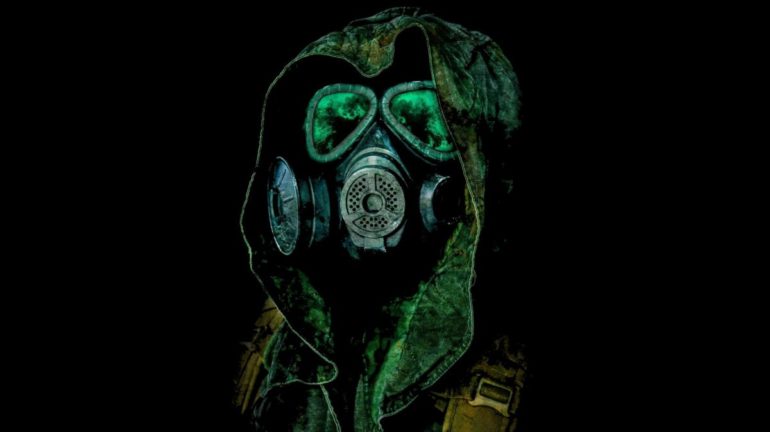 Now that we’re weeks into spring and the birds are singing their song, you’re probably feeling that nagging pressure to step outside every so often. Sadly, is cuts into your gaming time, but we suspect that’s why developers aren’t too big on releasing in April. While there are a few new Xbox games in April 2022, it’s a manageable list that still gives you the time to see the sun without messing up your gaming schedule.

From a galaxy far, far away to the iconic ballfields across the United States, these seven new Xbox Series X & S and Xbox One games of April 2022 will put some mileage on your console. So, make some room on that hard drive, charge up your controllers, and enjoy a relatively stress-free month of gaming with this relatively small list of new releases.

Whether or not you enjoyed every Star Wars movie, being able to replay them from start to finish in Traveller’s Tales acclaimed Lego Star Wars series is quite the treat. The Skywalker Saga starts from the prequel trilogy, navigating players through 45 levels that culminate in the events of Rise of Skywalker.

More than just a rehash of games previously released, The Skywalker Saga tweaks much of the gameplay, including new combat mechanics for Jedi and a third-person view for blaster-wielding heroes. And speaking of heroes, there are over 300 characters to swap between in free play, including DLC characters from The Mandalorian.

The Skywalker Saga will be the biggest iteration yet, with multiple hubs to hang around in, random enemy encounters, and the full Skywalker story wrapped up in a neat little bow.

Each year, the team behind MLB The Show finds a way to improve upon the experience, either by adding new game modes or tweaking the gameplay. MLB The Show 22 is no exception, launching on the Xbox Series X & S with a host of content including, as a series first, online co-op.

Players square off in 2-on-2 or 3-on-3 matches in an online competitive mode that’s a long time coming for the series. MLB The Show 22 also features an updated Stadium Creator exclusive to current-gen consoles. The dynamic editor puts more control in the player’s hands to create the very diamonds they’ll dominate in custom and practice game modes.

Rounding out the bases is an expanded roster of Legends, featuring names like Randy Johnson, Brain Wilson, Kevin Youkiis, and Kirk Gibson. MLB The Show has been running for 17 years, and 22 promises to be one of its most ambitious releases with plenty to keep players on the diamond.

Launched as a timed console exclusive for the PS5, Godfall didn’t make many waves and failed to impress. The action RPG is getting a second wind with the release of the Ultimate Edition, a complete experience with Xbox-exclusive enhancements.

Xbox players get to enjoy a refreshed version of Godfall, with Variable Refresh Rate and Dolby Vision. Some of the game’s earlier mistakes are also rectified, as players will earn cosmetics through in-game milestones and challenges.

The Ultimate Edition tells the complete story, with the Fire & Darkness expansion built right into the release. Battle through waves of enemies, looting their corpses for new gear and weapons for the heroic Valorians. Don your Valorplate and enter the world of Aperion alone or with two other players in Godfall’s Ultimate Edition.

One road trip. A host of unique characters. A journey you won’t soon forget. Road 96 sends players on a quest to escape an oppressive regime, but doing so means putting trust in complete strangers. In this procedurally generated romp across the fictional nation of Petria, players will need to decide who to trust, who to run from, and the best way to get from their starting point to the border of Petria.

Road 96 unfolds in a deep and emotional story inspired by some of Hollywood’s greatest visionaries. The overall narrative unfolds through puzzles, unusual interactions, and decision-based dialogue, bringing players closer to their goal. Every decision alters the trip just a little more.

Don’t expect some action-packed racer across open plains. Road 96 is all about the character building, the tension, and the weight carried by certain decisions.

Dive helmet-first into the expansive world of MotoGP, controlling one of over 120 riders in an immersive experience that spans 20 real-world circuits. Enter the MotoGP ACADEMY and build a champion fit to round the circuit and cross the finish line with every competitor trailing behind. ACADEMY features new and unique challenges to help turn an amateur rider into a champion.

MotoGP 22 touts five graphic editors that allow players to create the most realistic digital MotoGP experience to date. What you do with your created rider is up to you, whether it takes them through an extensive career or guides them through multiplayer matches, either online or split-screen against friends.

Revisit some of the best moments in the industry’s history by playing as 70 notable champions or driving across 17 chapters of the legendary 2009 season in this robust MotoGP experience.

Developer: The Farm 51
Publisher: All in! Games SA

In the years after the Chernobyl disaster, pop culture has used the fallout to craft horrifying tales and spin digital experiences. Chernobylite, which debuts on Series X & S after previously being on Xbox Pne, furthers the exploration of “What if…” scenarios by sending players back to the exclusion zone to battle a supernatural force and search for a long-lost loved one.

Chernobylite is full of content, including base building, crafting, resource management, and leading a team against the growing menace. Using what’s left scattered around the desolate and infested region, players will create an arsenal and craft the equipment necessary to survive a land where man is no longer welcome.

Chernobylite is part Half-Life, part Metro, part Fallout 4, and a complete horror experience that’s sure to be burnt into your brain.

In light of the Russian invasion of Ukraine, Ukrainian developer Sengi Games could have pushed the release of The Serpent Rogue off at least a year. And yet, the development team decided to push forward, ensuring to deliver a finished product to players as soon as possible.

That dedication to the craft is sure to bleed through The Serpent Rogue as players dive deep into a medieval world of alchemy and ghouls. Venture deep into the darkness engulfing Mount Morbus, using experimentation and ingredients to craft potions to help along the way.

The Serpent Rogue is a visually stunning adventure spanning various territories rife with supernatural threats. With the right potion at hand, you can clear your path of the spectral fiends.