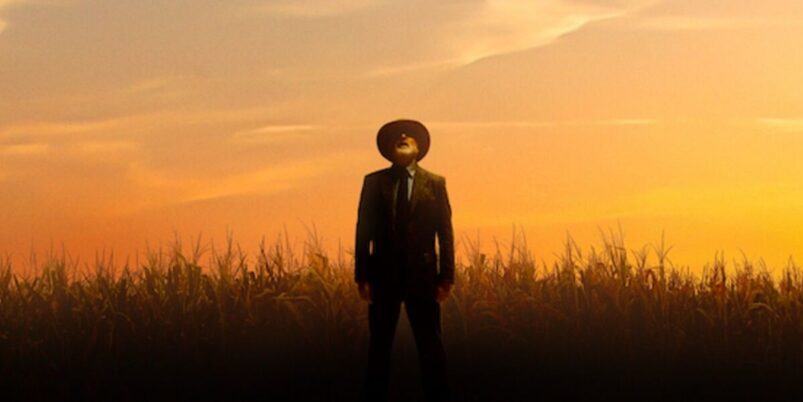 October is spooky season, we know that. But spooks and scares can take all kinds of different forms – from the jump-scare that can even be engendered by a white-sheet ghost if it pops up fast enough, to the kind of creeping, everyday fears we find ourselves not wanting to think about too closely, like the steadily rising temperatures or that lump on your thigh. Here are the biggest new TV shows of October 2021.

Can anything possibly still be scary when it’s made out of Lego? Well, no, is the straightforward answer. But it can still present a series of dark-universe alternate realities, which does seem to be Lego media’s whole stock in trade, appropriating copyrighted material and not taking it deadly seriously. I forget why, exactly, Star Wars became their main partner in this, but neither seem to have done too badly out of it.

This is of course coming off the back of stuff like Star Wars: Visions and Marvel’s What If?, two other anthologies that were taking established franchises as raw material to play around with. The Terrifying Tales are obviously less serious in tone, but that seems to have resulted in it hovering around the level of The Simpsons’ Halloween specials (which, depressingly, is something else Disney now own) – mildly spooky, but before anything else a send-up of the genre.

Dopesick sells itself as one of those shows which examines all levels of society, top to bottom – which you’d have to, to really get a picture of the ongoing opioid crisis. Sure, you’ve got your hapless addicts slowly dying, but you’ve also got your well-heeled moneymen at the other end of the web, who like all serious drug dealers will never touch any of the product themselves.

In a way, bringing the subject to television seems to neuter it, with rich corporate types intentionally putting about a harmful, addictive drug perhaps seeming too much like Miami Vice bad guys to be real. But no, this is all drawn squarely from life – as we can assume from the fact that neither this production, nor the Beth Macy book it’s based on, have been sued into oblivion by large companies who are just looking for an excuse.

Leading the cast is Michael Keaton, as a small-town doctor in a Virgina mining town – that is to say, ground zero for opioids. Also appearing are Peter Sarsgaard, Kaitlyn Dever, Rosario Dawson, Michael Stuhlbarg, and Will Poulter, aka the chummy but seedy game developer from Black Mirror: Bandersnatch.

Although the art style leans Gravity Falls – since half the team from that are involved with this – there’s also obviously shades of Rick And Morty in here, with the trailer highlighting more than a few Cronenberg-style horrors. More broadly, it’s taking an irreverent tack with a subject (conspiracy theories) which, like sci-fi, gets treated a lot more seriously than it really should be.

Like any idea with potential, this will all come down to execution. Dealing with the official office of madcap conspiracies will inevitably bring up office politics, which can too easily become tired old claptrap about the main characters dating each other – or it could be something fun, like them having to make the big presentation more sensitive when dead JFK comes to visit. Only time will tell.

Although it has ‘Invasion’ right there in the title, the trailer seems to sell this not so much as a War of the Worlds thing, but rather as a disaster thrill ride in the Bay/Bruckheimer mould. Not just one disaster, either, but all of them, all going off at once. When the aliens finally turn up, the survivors may well just ask them to make it stop.

From the budget this is throwing around – and from being set over a good portion of the globe – you can really tell this is made by Apple, one of those companies with more money than they know what to do with. And while that says nothing for the actual quality of the writing, it does mean that any sequences of things being blown up or otherwise destroyed ought to be done properly.

Prominent among the cast is the oft-underappreciated Sam Neill, who from his sheriff outfit looks to be playing something like The Walking Dead’s Rick Grimes. After his performance in Peaky Blinders, he’s well overdue a meaty role like this.

The core of all drama is ‘thing happened’, and sci-fi is by and large just an excuse to have the thing be something particularly weird. Like here, with 4400, when 4400 people (hence the title) who’d disappeared over the past century suddenly reappear, all at once. Imagine unexpected dinner guests, only there’s a legion of them, and they’re confused.

4400 is one of those rare remakes where having another crack at it some years down the line makes a degree of sense, rather than being a matter of lazy producers casting about for a passable pitch.

Four thousand people from the mid-twentieth century popping back into existence in the early 2000s, when the original show went out, wouldn’t have quite such a fish-out-of-water shock, the worst they’d have to contend with is primitive computers and cable TV – but now, having to get their heads around the disgusting majesty of the internet? This might easily take a turn into horror.