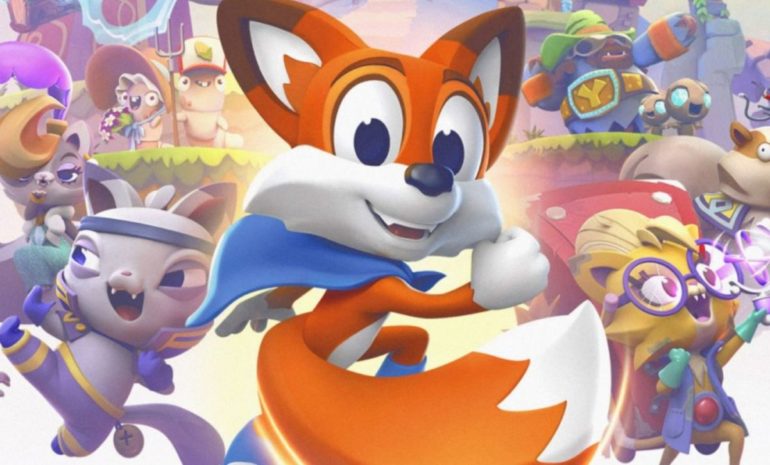 Platformers have always been the genre that capture the true spirit of video games for me. The simplified gameplay goals give me a sense of satisfaction without bogging me down with excessive exposition, while the vibrant, fascinating worlds and adorable mascots offer me a much-needed reprieve from the gloom and doom of so many modern games. So when an exceptional platformer comes along and sweeps me off my feet, I make no effort to quiet my cheers of joy, ensuring that I inform everyone I can about the wonderful time they can have with it.

And that’s exactly what happened when I got my hands on the complete overhaul of Super Lucky’s Tale last year. The talented developers at Playful Studios took what was a fun but flawed game for the Xbox One and completely redesigned it for the Switch with various new levels, gameplay mechanics, visual updates, and more to make for a fresh experience that more than earned its updated title of New Super Lucky’s Tale. Having been able to speak with multiple members of the studio since then, I have witnessed the love and dedication they have for their game, and that passion shines through in every moment of Lucky’s journey.

So I was understandably ecstatic when I got wind that the game was coming to the PlayStation 4 and Xbox One, and now that it’s finally in my hands, I’ve been utterly captivated all over again.

Though the gameplay renovations made for the Switch version remain untouched in this port, New Super Lucky’s Tale now features crisp 4k visuals at 60fps on the PS4 Pro and Xbox One X, breathing new life into the already gorgeous locales and making the stellar gameplay even smoother than before. Of course, base model systems will run the game at only 1080p, but the high framerate nevertheless remains a substantial boon across all hardware configurations.

Even nearly a year later and multiple 100% runs under my belt, I still load up New Super Lucky’s Tale on Switch to run the titular fox mascot through a few of the most enjoyable levels or sit and listen to the remarkably catchy music on repeat – I promise the jazzy Hauntingham theme is one of the catchiest pieces of video games music ever made. There’s simply no shortage of enjoyment that I’m able to continually absorb from New Super Lucky’s Tale, and now that this ultimate realization of the developers’ creative vision is available on my PS4, I expect I’ll lose plenty more hours to the charm and whimsy of it all.

There’s something about Lucky’s world and its gameplay that resonates with me on a level that only a handful of other games in the genre ever have, which explains the 9.5 I gave it in my glowing review for the Switch version wherein I stated that it was “the kind of enchanting adventure that captures what video games were meant to be – truly magical and purely fun experiences only this medium can provide.” This still rings loud and true regardless on which system you decide to play the game, but unless portability is a priority for you, the PS4 or Xbox One version will give you the most polished and smooth experience with Lucky and friends.

A key was provided to the writer for the purposes of this coverage.

READ NEXT: 15 Best Switch Platformer Games You Should Play