God knows who these "Vengeancers" are? 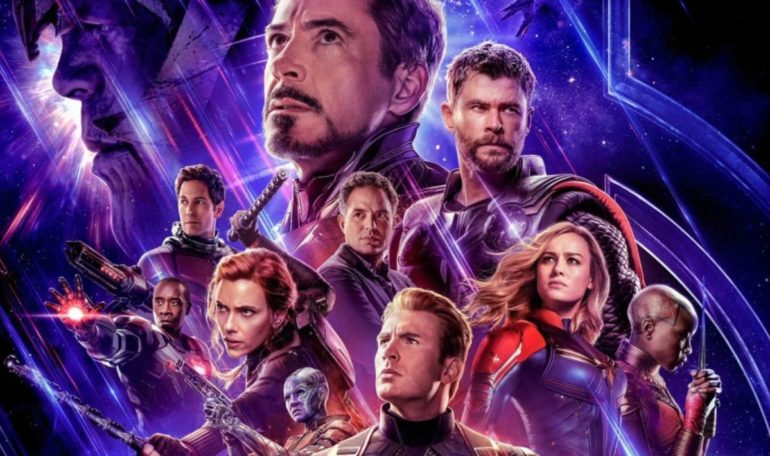 It seems like only yesterday that we were counting down into the new year, and now we are on the cusp of April. Four months into 2019, eight more months till we start the new year countdown all over again. While it appears like time is flying by, here are some of the biggest film releases coming your way in April, guaranteed to give you a good time at the movies.

With the help of a wizard, fourteen year old Billy Batson suddenly finds himself able to transform into a very adult superhero. While he may appear distinctly godlike on the outside, inside he is still a fourteen year old kid. And just like any kid who suddenly finds himself saddled with superpowers, he begins testing the limits of his powers enthusiastically and also a tad recklessly.

The role is a perfect fit for actor Zachary Levi, who delivers a good balance of levity and seriousness in his performances. Shazam! comes at an opportune time as well, since it finds itself smack in the middle of the more serious Marvel contenders – coming after Captain Marvel and before Avengers: Endgame. It offers a much needed contrast for us comic book fans before we power on to Endgame. DC has found itself back in the running against Marvel with the positive reception of Aquaman last year, so here’s hoping Shazam! helps in maintaining the momentum.

Stephen King fans rejoice, for the master of horror is back to grace our screens with one of the most anticipated horror films of 2019, and make you rethink burying any pets in your backyard. In the right hands, as we saw with IT in 2017, King’s material can soar.

Director Kevin Kölsch doesn’t have many big movies under his belt, but he does have a penchant for horror, so here’s hoping this movie joins the list of the more successful Stephen King adaptations and not free fall into Dark Tower territory. Early reviews are looking good though, and it would seem that, finally, moviemaking has caught up to the dark recesses of King’s mind.

April is starting to feel like a comic book fans’ wet dream. The film is a reboot of the film’s franchise previously helmed by director Guillermo Del Toro, with Ron Pearlman in the titular demon role. While Del Toro wanted to wrap up the trilogy, too much time has passed since, and a decision was made to reboot the series.

David Harbour, our favorite sheriff over at Stranger Things, has taken over the reins of the hellish personality. While fans are not overly enthused about the two trailers that have been released, the movie does feel heavier on the gore in comparison to its predecessor. Guess we will have to wait and see if it lives up to fans’ expectations.

Remember the Tom Hanks movie, Big? Little is kind of like that, except it explores the inverse – an adult woman finds herself reverting to her child self after a child puts a curse on her.

Okay, so the premise isn’t the most sophisticated idea that ever existed, but the trailer alone is funny enough to convince me to catch this movie upon its release. Marsai Martin, who plays Diane on the TV series Black-ish, despite her young age of fourteen, is an executive producer on the film, making her the youngest person ever to executive produce a film. She may be little, but the girl sure has big dreams.

I honestly think this movie doesn’t even need to be on a list. Most people probably have it marked on their calendars, counting down the days till we get to see the outcome of the showdown with Thanos.

Let’s be frank here, how many of you have already seen the trailer a gazillion times since its release? If you have, please do not tell me anything. I have been actively avoiding all information on the movie, because I want to emerge from the viewing as mind-blown as possible. Either my mind will be blown or my legs would have perished from cramps due to sitting still for 3 hours. In other words, it is going to be epic.