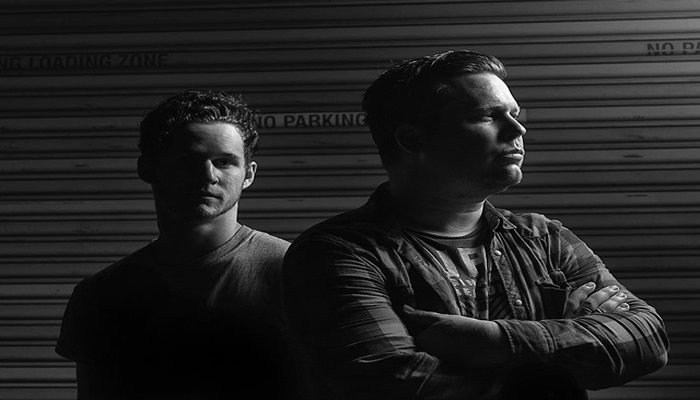 Chance is a fine thing. It’s what keeps you from getting struck by lightning or the very thing that does. It can transform the downtrodden into those who do the treading. And if you’re surfing the basement of YouTube in the early hours, chance can lead you to discovering your new favourite band.

’68 are a duo who really aren’t keen on taking shit, to put it bluntly. Where others might release music just to please the label, Josh Scogin and Michael McClellan are in this for the fans, and the love of being very angry at their instruments. A quick surf on-the-line shows that the band pull no punches with their live performances, with the audience surely swelling since the release of the seminal In Humor and Sadness. Although their first  full release together, Scogin’s background in The Chariot lent to it being a mature, polished effort which must surely rank as one of the albums of 2014.

Ahead of their imminent UK tour, I managed to steal one of the guys for a few words and discussed the year so far, the year ahead and why no title is what it seems.

1. Hello and who the devil am I talking to?
Josh Scogin. Singer/Guitarist

2. For the uninitiated, what is ’68?
A good ol’ fashioned, brand new, rock and roll duo with a hint of stress.

3. You guys have been hyped all year long. How have you reacted to such exposure after seemingly coming out of nowhere?
It is very humbling to hear the kind words that people are saying. The more people talk, the more shows we get to play, so ultimately I have reacted by playing as many shows as possible and being very happy about it.

4. How has the reaction to In Humor and Sadness? I know we’re not in a wrestling ring but it was a real slobberknocker.
I don’t get that reference but I’m going to take it as a compliment. People seem to be into the album for the most part. That is very satisfying for any artist, to have people understand it and enjoy it.

5. What’s with the lack of “proper” song titles? Are you harking back to cassettes of old?
A lot of times I might not have a clear straight line to the idea I WANT to do, but more often the case is that I have a clear straight line of ideas I DON’T want to do, and in this scenario I was just tired of Top 40 music and how they view people as nothing more than dollar signs. Part of the whole formula is naming song titles after the catchiest line of a chorus, so that even upon mentioning the song it will then be forever stuck in your head.

It is all a scientific formula that business executives calculated to make money, and (most of the time) they systematically pick the artists that will fall in line with the machine, otherwise they put you on the shelf. It is a sad day when art is no longer created by artists but rather created by money making formulas that board members decide upon. So I enjoy my song titles to be a glaring contrast to that world.

6. Do you have any gig highlights from 2014?
Russia with Touché Amoré. Also Alaska was awesome.

7. Are there any other bands we should have on our radar?
Rebuker. I just finished producing their new album with Matt Goldman and it is a jam and a half. It should be coming out 2015.

8. One commenter said you guys were “like The Black Keys if they had a set of balls”. That’s got to be a compliment?
I will take it as a compliment but I will also say that I absolutely LOVE The Black Keys and hope to tour with them someday.

9. What does 2015 hold for ’68?
We are booked until fall of 2015 but unfortunately the only tour I can mention is a Stick To Your Guns Tour happening in Feb. The others aren’t announced yet.

10. If you had a pet vulture that was particularly cultured, what would you call it?
Vladimir, the Crimson Reaper.