While Max continues to suffer, this week's New Amsterdam deals with a particularly touchy subject. 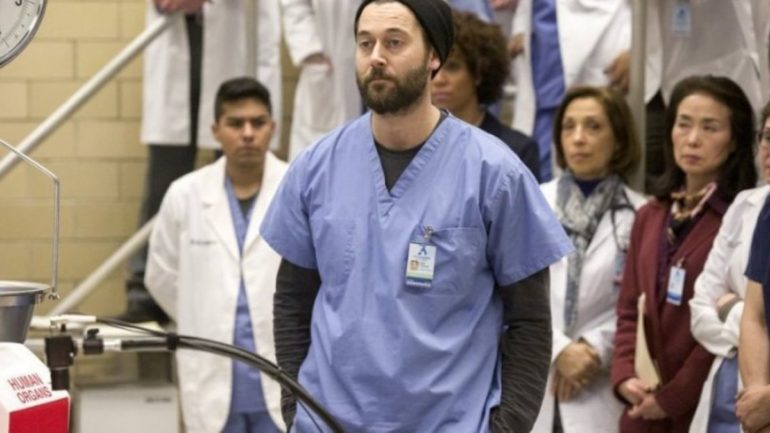 You know that feeling when one of your favorite characters on a television series is going through an incredibly difficult time and you’re all in your feels about it? Well, this week’s New Amsterdam, “Preventable” does exactly that. Max’s health is getting worse and with it everything we’ve come to love and admire about him. Chemo has been rough on the guy but learning that the cancer isn’t going away is a punch in the gut. Max’s emotions and character arc are brought to life by Ryan Eggold, who shines in “Preventable”, possibly giving his best performance of the series. It’s an interesting episode to watch when compared to the rest of the season thus far, because it gives a completely different side of Max, one we’ve never seen before. It’s a stark difference from the optimistic, high-energy guy we met when New Amsterdam started, and it highlights a very drastic character progression within just one season of a show.

Medical dramas often raise the stakes by making one of the main characters sick or by placing them in dangerous situations. There is something unique in the way New Amsterdam has handled Max’s illness, especially given that it’s only the first season. As a viewer, I’m not focused entirely on whether or not he will survive, but more interested in the day-to-day struggles he’s going through. Over the 20 episodes thus far, Max has progressively worsened but the core of his mission has stayed the same. However, this week’s episode, “Preventable” brought into question where his mind is at. New Amsterdam has done one hell of a job convincing fans to invest time and emotions into its characters, and watching Max’s downfall this week was a huge struggle for many of us.

The hopelessness and defeat Max’s character is experiencing reminds me of Izzy and Denny from Grey’s Anatomy. Looking back all those seasons ago, these two characters had a very emotional and devastating journey, reminiscent of the one Max is currently going through on New Amsterdam. It’s something about the way these character stories are written which stays with us years after we first hear them. I have a feeling Max is going to leave a similar impression on all of us in the years to come.

“Preventable” is a big episode for Iggy for multiple reasons. Things get complicated when he learns one of his patients is moving, and this patient has a very strong, negative reaction to it. But what’s interesting about this particular story is that the patient’s social worker takes notice of Iggy’s interaction with the patient, and finds it inappropriate. She feels that Iggy is too emotionally invested with the patient and is too “touchy-feely”. As a viewer, I’ve come to appreciate and adore Iggy as a character, and believe he provides the best patient care New Amsterdam has to offer. He’s been a calming presence on New Amsterdam so it’s difficult to see someone attack him for something that doesn’t make much sense. He provides a solid support system for his patients, and it’s what makes him one of the best characters on the show.

The accusation against him brings up some questions about patient interaction and what is considered appropriate or not. It is often a topic of debate in the medical community and can fall under many current social movements. While the claim against Iggy isn’t sex-related, it is one that implies he’s too comfortable and personal with his patients. What is the line here and where do doctors draw it? More importantly, if you’re specializing in mental health, what behavior is acceptable or not? I like that New Amsterdam brought this dilemma up, and I’m interested to see how they will tackle it in regards to Iggy’s story.

Who would have thought that hospitals get Yelp reviews? Well, apparently New Amsterdam does, and specifically Dr. Kapoor in “Preventable”. After reading a negative Yelp review from one of his patients, it sends Dr. Kapoor on a mission to go above and beyond to make this patient happy. Initially, this part of the episode seemed a bit silly, but it ultimately led to the patient’s diagnosis. The review reaction brings up an interesting point, however: should doctors let reviews from layman call their ability into question?

Seeing Dr. Kapoor’s intense reaction made me wonder if other doctors might react like this, and begin to make drastic changes against what they would normally do. In a show like The Resident, rules are always being bent to ensure profit comes first, including catering to rich patients over others. There have been many situations where reviews have impacted how the hospital is run and doctors are asked to do things they’re not comfortable with. Doesn’t it make you wonder what goes on behind hospital doors?

As we head into the final two episodes of New Amsterdam, we have a lot of questions as to where the first season will end. The series has done a phenomenal job with Max thus far and made him extremely likable and relatable as a character. There is such a close connection viewers share with this character that now that he is struggling, it’s tough to watch. Character development within the context of a medical drama is not easy to accomplish, and where others have failed, New Amsterdam has excelled. Apart from Grey’s Anatomy and E.R., I’m hard-pressed to find another medical series that has me feeling so invested. In fact, a show like The Resident has a fan following primarily for its good-looking cast. Yes, they do tackle some taboo topics and have had strong episodes through its two seasons, but it just isn’t up to par with what New Amsterdam provides in terms of characterisation.

Max’s health will certainly be the focus of the final two episodes of season one and what happens can make or break the fandom New Amsterdam has built. Here’s hoping they bring justice to a beautiful, inspired plot and give fans the ending we deserve and desire.