Kingdom is the new standard for zombie shows. 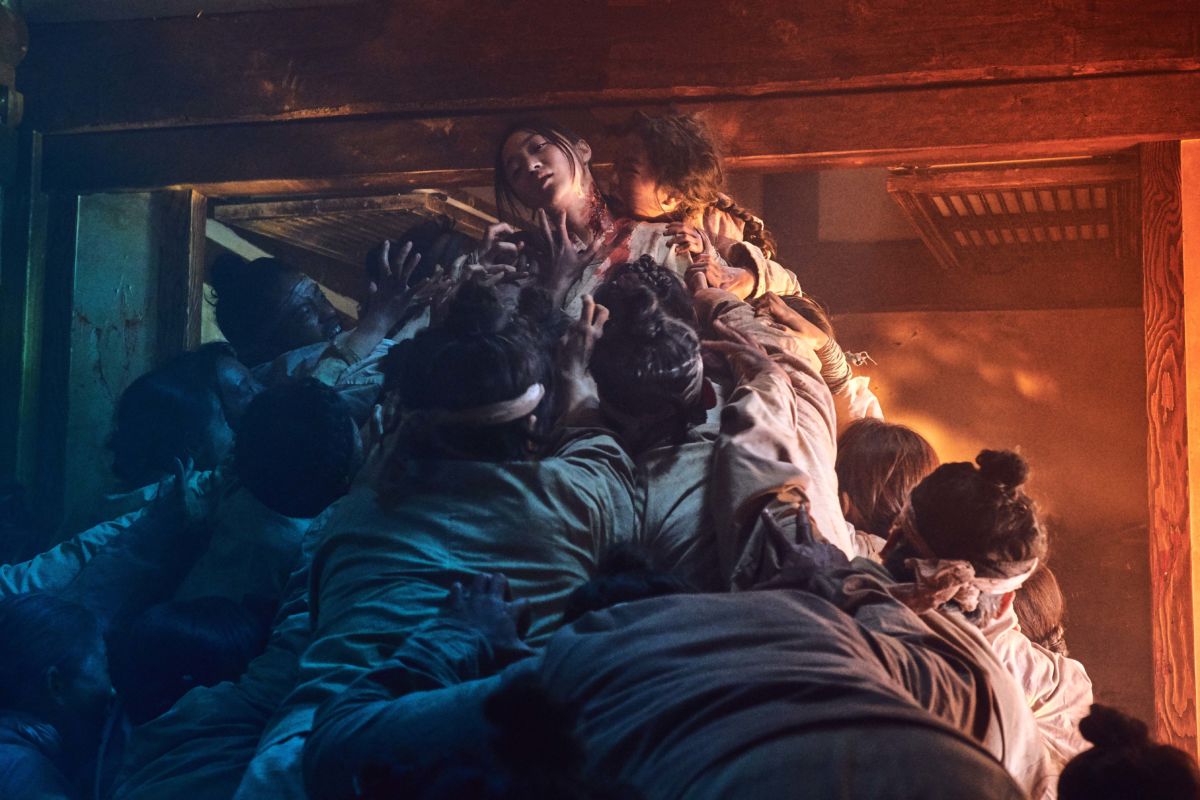 You know a show must be something special when its ending causes you to screech into the night sky and immediately demand more episodes. While Kingdom’s first episode was mightily impressive, the fact that it’s the worst out of the six on offer shows just how strong a first impression this uncompromising Korean zombie horror makes. I’ve mentioned it before, but it bears repeating: if you’re sick of The Walking Dead and its episodes of nothing but ennui, this is the show for you — Kingdom zips along at the same frantic pace as its zombies.

The show is set in the Joseon period of Korea as the region is overcome by famine following a devastating war. The crown prince, Chang, is our eyes into this world in which the rich get fatter and the poor get, well, that would spoil it. Kingdom makes no bones about its views on the class system, often showing those on the upper crust as pompous and arrogant buffoons. Chang himself starts out like this as he shows the kind of petulance that comes from having so much power before growing into the mould of a hero, though one that is deeply imperfect. His arc from the first episode to the last is filled with just as many, if not more, failures as it is successes.

He’s not helped by the fact that he’s in the middle of a conspiracy, which, to be fair to him, would be a bit of a hindrance for most. His father, the king who seems to have surreptitiously lost control long ago, is nowhere to be seen, but rumours persist of something dark lurking in his palace. Aided by his comic relief personal guard, he sets out to find the truth and also avoid the clutches of a minister with bad intentions by the name of Cho Hak-ju, who fosters an atmosphere of dread and unease in every scene he’s in — Seung-ryong Ryu seems to relish in playing an out-and-out bastard.

That’s the theme throughout the whole of Kingdom as it builds and builds tension until it’s almost unbearable. The zombies are barely seen until they are absolutely everywhere, scurrying around like the plague they are and wiping out everything in their path. This is where the unique setting of Kingdom makes it more than just another show about the undead, the only guns available being those that are almost more trouble than they are worth. The characters have to get up close and personal to those who can turn them in a matter of seconds, shown to devastating effect when a small village is overwhelmed almost between blinks.

There is a novel spin to these zombies in that they don’t go out in the day, meaning that though there is some respite from them, when they do come, it’s something to be feared. Think of your favourite siege scenes in movies: the dead silence before the storm, and then the chaos that consumes everything. That’s Kingdom’s MO in creating tension as the setting of the sun causes panic with villagers begging the upper class to keep them safe to no avail. Even if the undead weren’t a factor, Kingdom would still most likely be an engaging time with it dealing in some contemporary themes and having a gripping power struggle at its core.

Kingdom’s brutality is also bound to appease those who grew up on a steady diet of Romero and Savini. Decapitations are the order of the day, which is part of the reason why its creator, Kim Eun-hee, struggled to find it a home on Korean television. Their loss is Netflix’s gain, who should be throwing all the marketing muscle behind this show that they can. The gorgeous landscapes, set design and costume design should entice people on their own, but pair those hooks with genuine horror and a pace that barely slacks and you already have a contender for one of 2019’s most exciting new properties.

Which isn’t to say that it’s a perfect watch. It telegraphs all of the tricks up its sleeve so blatantly that most of its shocks will likely have already been figured out; it sometimes takes too long to confirm the suspicions of the viewer. Likewise, there is some CGI that feels completely unnecessary and so obvious that it really pulls you out of the proceedings, a gratuitous overhead shot of a bird looking very much like it was pasted in to fill up space. Kingdom also introduces its many players for a second and then moves onto the next thing, so some of the characters are hard to become attached to.

Still, this is the first season limited to just six episodes, so there’s clearly room to grow and improve — Netflix have a lot faith in it with them already commissioning a second season. Apart from the closing chapter of a show about dragons and thrones, I can’t imagine anything else on television making this big an impression on me this year.

Verdict
Kingdom is the new king of zombie shows on TV as an uncompromising vision that delivers in almost everything it tries to do with a unique hook to boot.
9
Cultured Vultures is a pop culture website established in 2013 covering all things gaming, movies, and more. We eat your words.
All The News On The Biggest Games