Netflix’s The Devil All The Time REVIEW – Fiendishly Empty

"Some people were born just so they could be buried." 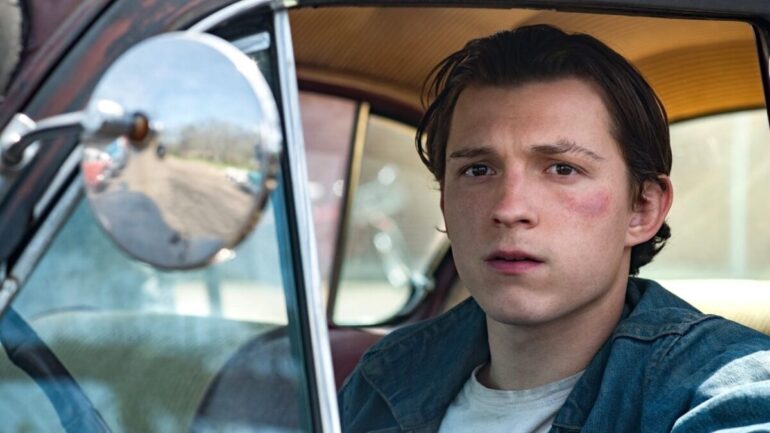 The Devil All The Time is what I call a film that rocks the fence – you can’t call it a bad movie, because it isn’t, but what exists won’t really have you getting off your chair to proclaim its greatness.

The film is set in the rural spaces of Knockemstiff (yes, it’s a real place), Ohio and Coal Creek, West Virginia, a sprawling Southern Gothic that spans the 50s and 60s (the cinematography does justice to this setting). The film starts with Bill Skarsgård’s Willard Russell returning from WW2, where a happenstance meeting in a diner culminates in a family.

Willard, along with his wife Charlotte (Haley Bennett) and son Arwin (played by Michael Banks Repeta as a young boy, while Tom Holland is the older young adult), settle down in Knockemstiff. Willard has always struggled with his faith, especially considering what he saw during war, but suddenly feels the calling of faith when he finally finds peace. But you see, peace is perpetually short-lived in The Devil All The Time, with all its characters spinning their way towards death and tragedy.

Skarsgård delivers such a compelling performance here, and he is really the one actor who sells his character’s interior to me. His interactions with the young Banks Repeta are perhaps the strongest parts of the film. In fact, all the actors deliver competent performances. Jason Clarke and Riley Keough are a serial killer couple; Clarke is the epitome of grime and sleaze, and Keough sells the emptiness of her character. The characters themselves aren’t exactly fascinating portraits though, so for all the murder and crime they commit together, it all feels a bit hollow and not very impactful.

Sebastian Stan does well enough as the corrupt sheriff, but he is mostly on the peripheries of this film, so it doesn’t really matter if the character holds our interest or not.

Robert Pattinson is Preacher Preston Teagardin, one of those up to no good men, using the cloth and faith as a way to manipulate and deceive; he’s the fork-tongued serpent who lures young girls, offering a world of promise strung together by pearls of the written word. His accent is convincing, interestingly quite nasal and high-pitched, but hey, an actor does whatever he can to sell the role to us. While very showy and unforgettable, much like his turn in The King, Pattinson plays the role so over the top that I am acutely aware at every moment that he is acting.

He is clearly enjoying himself, sinking himself into these delicious malevolent roles with chaotic glee, but while everyone else is going for a more sombre, authentic portrayal, his performance does border on the comedic at times.

Tom Holland is the perfect choice to take on the most moral character in the film, well, by this narrative’s standards anyway. He just sells goodness and virtue, even when he is beating the crap out of some idiotic boys.

The downside of this film is undoubtedly its structure. In the novel which it is adapted from, we have all these separate narratives converging on each other, and while jumping to various timelines haphazardly may work for a novel, in film, having these time references pop up randomly seems like a lazy way to connect all these narratives together. The film also has a narrator, which is the author of the novel Donald Ray Pollock. He has a very nice narrating voice, and it is a creatively apt choice to get the creator of the world to narrate here.

However, at times, the narrator will communicate the character’s thoughts and feelings for us. Instead of us getting to know them through proper characterisation, we are told a summary of who they are and what they’re about. I am told that Clarke’s Carl does what he does because it helps him feel the presence of God, but I never really get a sense of this in the scenes that play out. Storytelling 101: Show don’t tell. Thus, the narrator becomes a crutch and lets the film avoid having to do the brunt work of setting up the bones of these characters.

It’s a shame really, because on paper, it really had the potential to be something fantastic, but alas, there’s no jumping the fence here. 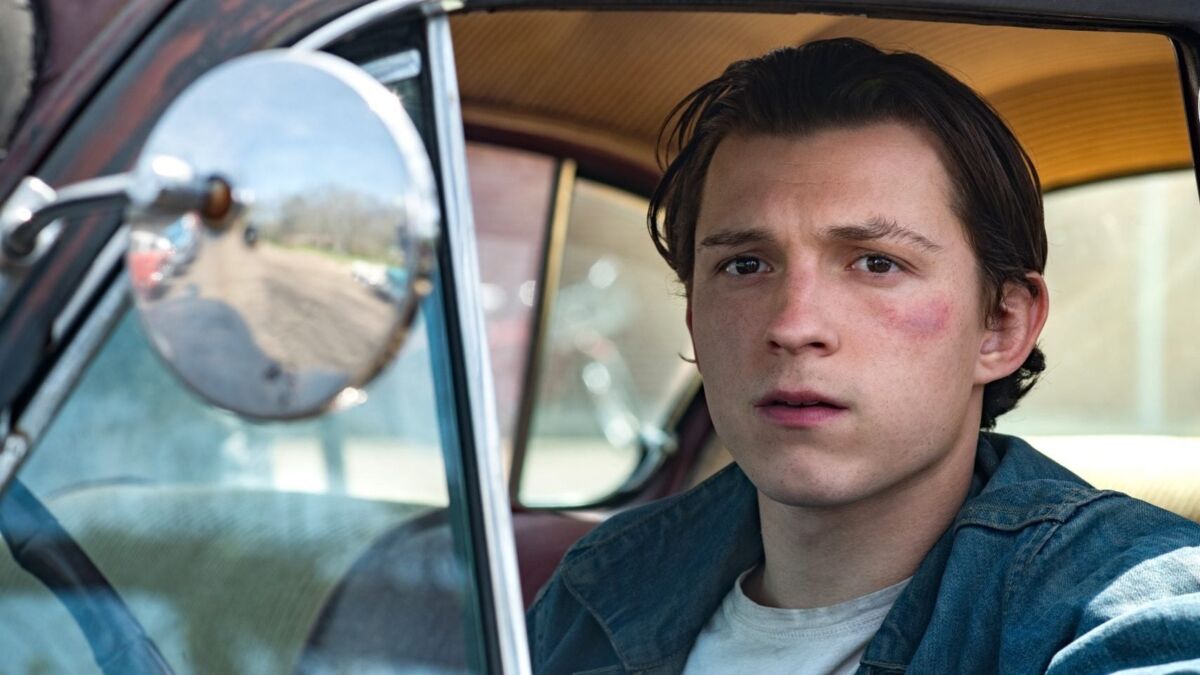 Verdict
The performances are what sell The Devil All The Time, with Skarsgård's being the standout among the lot. The film itself, however, does feel structurally messy, and a tad bloated.
6.5
Cultured Vultures is a pop culture website established in 2013 covering all things gaming, movies, and more. We eat your words.
All The News On The Biggest Games