While IO has a fairly unique twist, it's far too slow to do anything of note and the film becomes a bore. 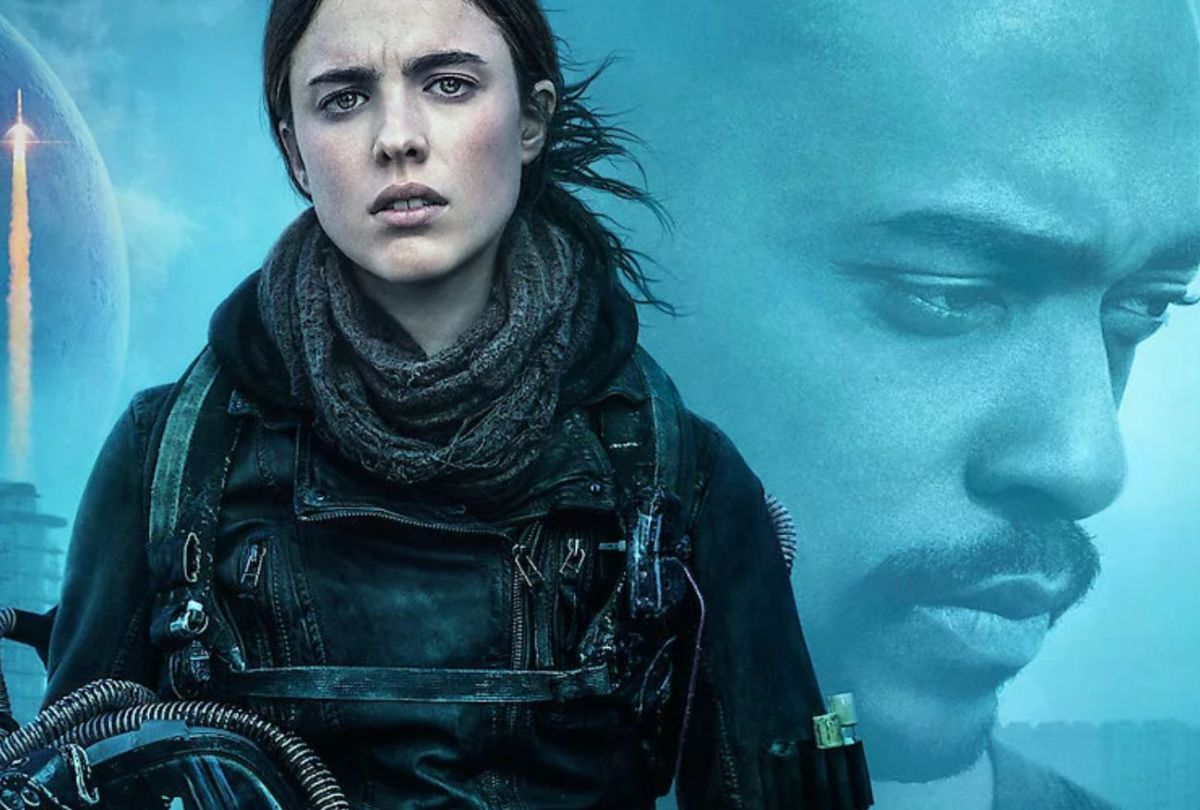 IO tells the story of Sam, a young scientist who has chosen to remain behind on Earth after the planet is deemed too dangerous and uninhabitable to live on. All her time is spent in her house on the cliffside trying to find a cure to prevent her having to flee Earth like everyone else. Sam’s solitary existence is interrupted by the arrival of Micah, a man who has come in search of her father.

Although there are a few parts of the film where some brief special effects are used and a handful of different locations presented, the majority of the film takes place in the house on the cliff. This goes to show just what can be accomplished with only two actors in a single location. The development of their characters, growth of their relationship and the secrets they both hide from one another are the driving force of the film. The fact that they are lost souls is reinforced by the long stretches of film where there is little or no talking at all, combined with the long, lingering camera shots that add a sense of isolation.

The small sections which focus on Sam’s scientific endeavours provide some interesting world development and also prevent the film becoming too solely reliant on just the characters. It is important to note that this film is fairly light on jaw dropping moments and big blockbuster special effects. It is a slow paced character study and those looking for spaceship explosions and laser gun fights might be disappointed with the slow and gradual unfolding of events in IO.

There is an interesting use of causality and fate as these two characters who at first share no connection become intrinsically linked with one another’s story. It is all part of a bigger, underlying theme and although some of the twists are predictable, other surprise reveals will catch you off-guard. It also provides for an interesting watch, as having both characters’ motivations and standpoints forces you to question who is right in the scenario and ultimately come to the conclusion that both arguments have merits.

The editing style and choices give IO a slightly dreamlike feel, which adds to the almost surreal approach the film has gone for. This also reinforces the mystery elements of the story, as a handful of the twists are hinted and teased at in small fragments throughout the film. This visual form of storytelling is one of the strongest elements of the film; the lingering camera shots, long, gradual scenes only punctuated by occasional dialogue and sparsely separated dramatic moments build up tension which makes the closing sequence very poignant and impacting. However, the crawling pace of the film can become a little too sluggish in points and seems to rely too heavily on the characters to carry the film.

IO delivers something different in terms of science fiction and its decision to focus nearly all of the attention on two characters in one location will have viewers decidedly split on the outcome. The interesting dreamlike editing style gives the film a bit more of an edge and is a clever technique in terms of reinforcing some of the themes and concepts of IO. The handful of twists, a little world context and the unique visual style make for an intriguing watch, it’s just a shame that the film is a little too much of a slow burn.