NBA 2K20 Is Getting Review Bombed To Hell On Steam

Excuse me, sir, what is this weird ball doing in my casino? 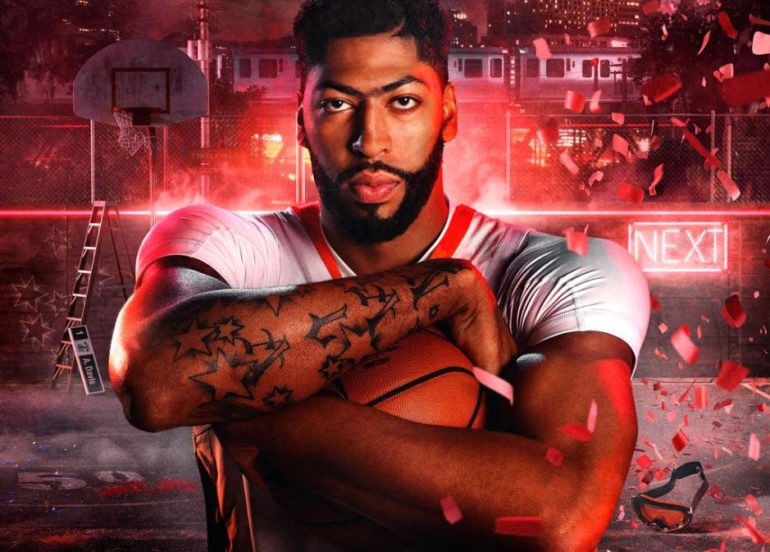 NBA 2K20, the latest installment in the the annual sports franchise, is currently in the midst of one of the most intense review bombings in Steam’s history, just two days after its launch on September 5th.

2K20 has been no stranger to criticism, especially since 2K’s suitably strange decision to release a trailer dedicated to showing off its microtransactions and gambling mechanics, and making it seem like a completely normal thing that hasn’t been pulled from a dystopian, capitalist nightmare.

Now that the game is out, fans haven’t wasted any time in playing the game and relaying their thoughts, and they’re not kind. NBA 2K20 is currently sitting on an overwhelmingly negative rating on Steam from 765 reviews at this time of writing. 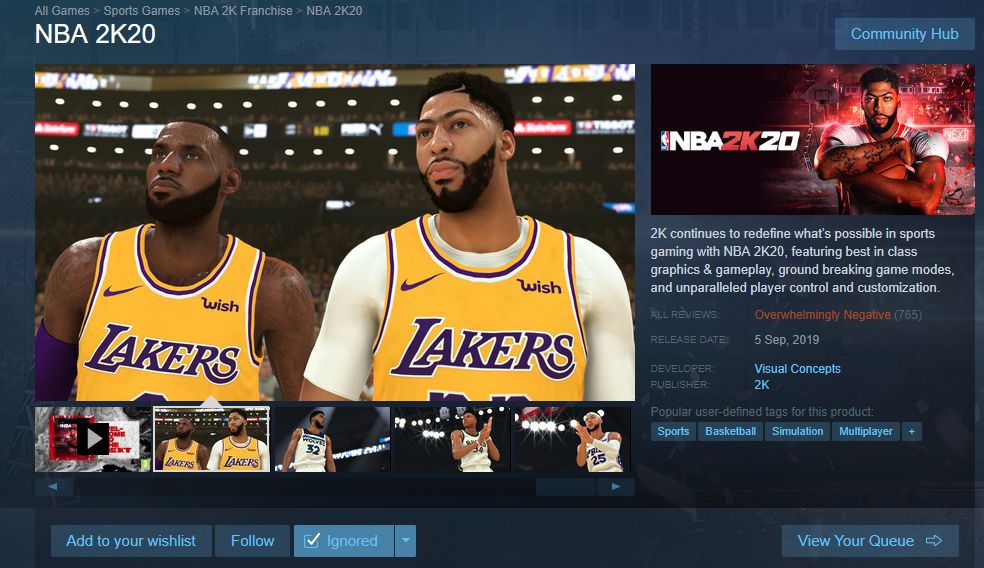 There are quite a few players who bought the game and played it incredibly briefly to then leave a bad review before presumably refunding it, but the vast majority of its reviewers have played in excess of 5 hours, so there’s a lot of legitimacy to the critiques.

“Microtransaction extravaganza 2020. A casino game with some basketball in it.

“They keep getting rid of features and replacing them with gambling mechanics. Pay to win, loot boxes, and a straight up casino in a $60 game. While for some reason they get rid of Release timing (Normal, Quick, etc.) in rosters… Sometimes I wonder if 2K is actually a money laundering scheme.🤔”

There are also complaints of NBA 2K20 being too similar to 2K19 — the Windows bar icon is apparently 2K19’s.

For comparison, NBA 2K19 sits on mostly negative reviews on Steam, though it has significantly more reviews as the older game. It’s the same story with 2K18. You have to go back to 2K17 to find anything better than a supremely negative rating; 2K17 is on a comparatively princely “mixed”.

What’s also interesting to note is that NBA 2K20 has few critical reviews on Metacritic as things stand with just two reviews for its PS4 version and none for any of its platforms, suggesting that 2K were reticent to send out early code to stop bad word from spreading. The Sixth Axis famously gave NBA 2K18 a 3/10 for its abundance of microtransactions, which 2K tried to pressure them into changing.

As you might expect, the user reviews are equally as bad as they are on Steam. Bizarrely, however, the PlayStation Store version of the game has an almost perfect rating from 2000 reviews, though the PS Store’s review system admittedly needs a bit of an overhaul. Seldom do even the worst games get below three stars.

If you ask me, there is simply too much basketball in this slot machine game.