Even if the puzzle density and technical issues may drive you to madness, this cosmic horror still has something unique to offer. 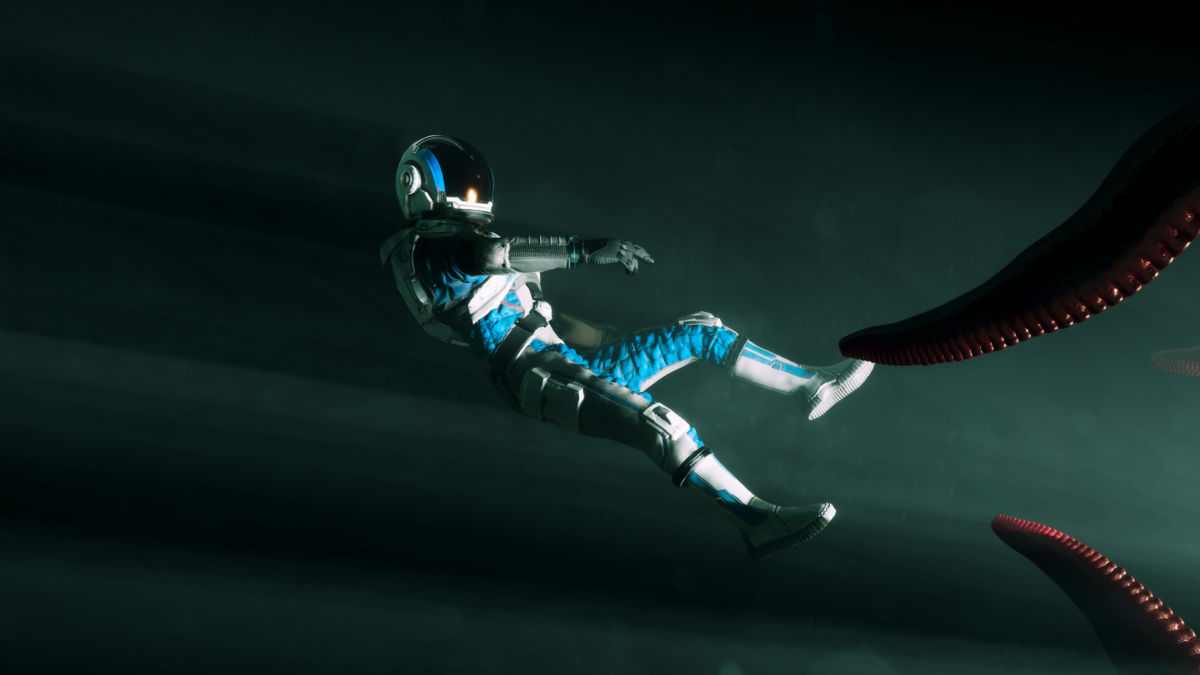 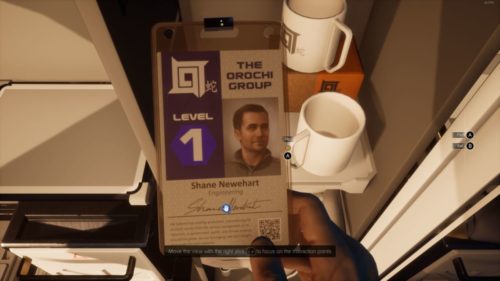 Lovecraft is getting around a lot these days, isn’t he? Despite never being as popular and well-known as the likes of Shelley and Stoker, his creations have been the source of many more adaptations and nods over the last few years than either of those two. Call of Cthulhu and The Sinking City are just two games that have recently paid homage to the actually rather dodgy author, so how do you make something Lovecraftian that stands out at this point? It’s simple: set it on Mars.

Moons of Madness is a horror game from Rock Pocket Games that puts you in the weighty space shoes of Shane Newehart, an engineer under the employ of the shadowy Orochi organisation to look after an outpost on Mars. After a troubling dream, Shane awakens to find that something is going very wrong. This is no adaptation of The Martian as potato growing is sadly absent from the gameplay, but rather a descent into madness that is tonally and mechanically hit and miss. 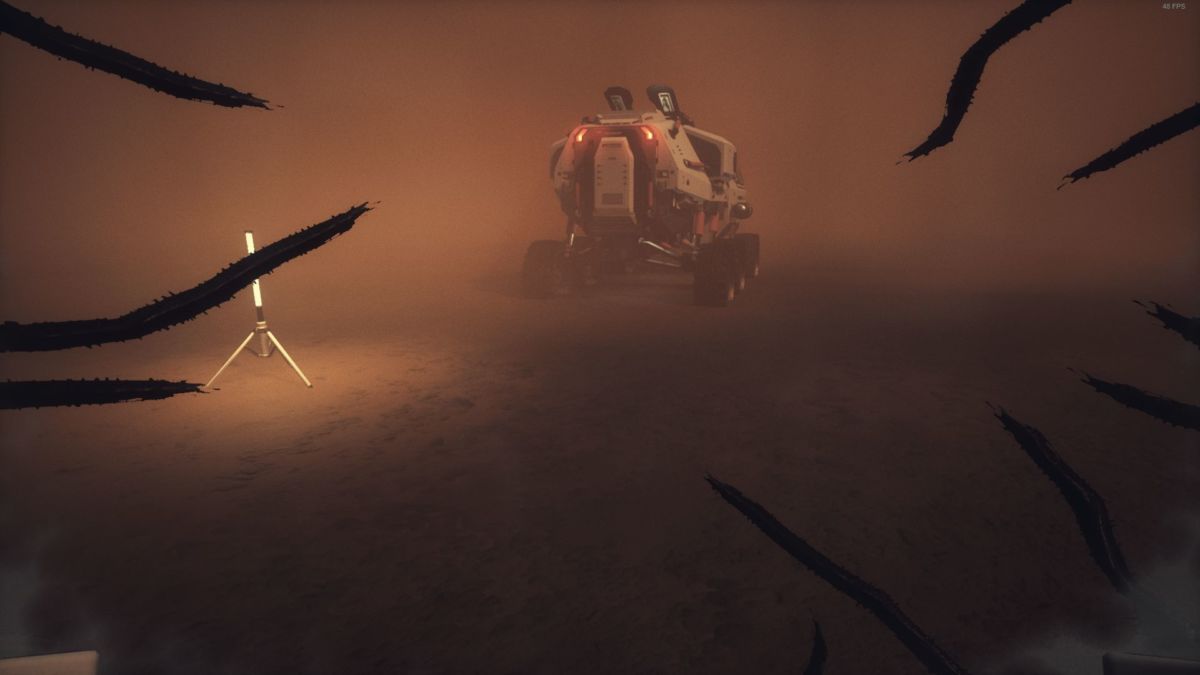 As mainly a pacifist horror, it’s not as simple as going around Mars and shotgunning away the tendrils — you are just a simple researcher, after all. Using a device strapped to your wrist called a biogage, you must scan the environment for clues and connect to certain systems, such as a security camera or a water reclaiming unit, to uncover just what is going on. This is slightly more cumbersome than it should be sometimes, you just trying to find the objective marker often resulting in you accidentally connecting to some tech instead.

The first hour or so of Moons of Madness is a quaint adventure designed to introduce you to the game’s unique approach to life on Mars. You venture around the station, unlocking doors and drinking coffee before eventually venturing outside. You need to equip a suit to beforehand, otherwise you will succumb to the oxygen-less surface of Mars very quickly. You have a finite air supply that you have to replenish often in a similar vein to Narcosis, though while that survival horror made oxygen the biggest scare, you will seldom be left gasping in Moons of Madness. 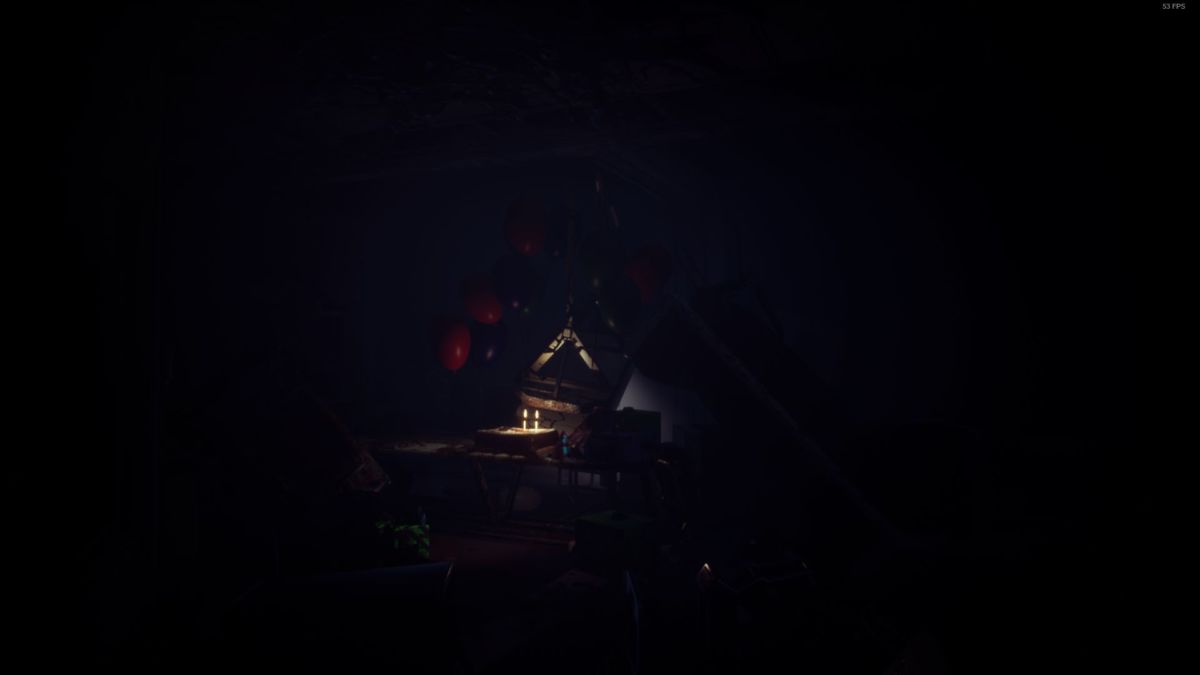 You may be left gasping for other reasons, however, at least initially. Featuring several well-executed jumpscares, Moons of Madness has a handful of truly unsettling moments, such as a veiled creature appearing behind you or a monster stalking you through vents. These all come early on and promise a supremely scary ride to follow, so it’s a shame that the game then decides to limit the horror itself and focus on being more of a puzzler.

I have a love/hate relationship with puzzles in video games, and especially when it comes to horror. The nonsense of Hello Neighbor killed any mystery or fear of the weirdo who lives next door within the second hour of trying to figure out how to use a magnet to control a shark. While Moons of Madness’ puzzles aren’t quite as oblique, the density of them in quick succession kills the tension and makes them come across as padding. 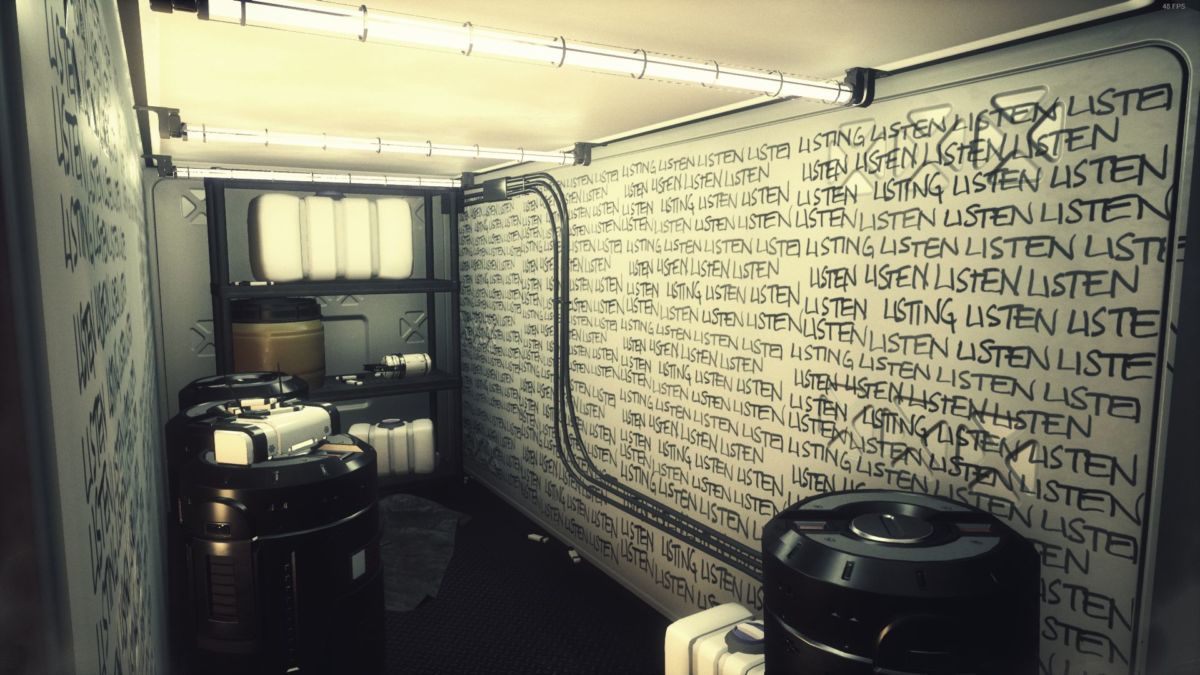 Take, for instance, a sequence which asks you to synthesise something using vials after having just dusted off a complicated brain-teaser beforehand. After finding the right combination on a hexagonal grid, you are then told that they must be parallel to each other, leading to a lot of fiddling around after thinking you’d already sussed it out. Then, after travelling about ten meters to look at a computer, you have to repeat the process but with an even more complex pattern. The focus on puzzling took me out of the game entirely at points, but the Eldritch goodness brought me back before long.

Moons of Madness’ story is fascinating throughout, even if its twists are telegraphed almost immediately and you miss some of the connection to secondary characters as it’s mostly a solitary journey. Shane’s main contact over the radio is his friend Declan, who often offers some levity when things start to look rough. Moons of Madness goes to some dark places and doesn’t shy away from repulsive imagery at points, which is in stark contrast to how beautiful Moons of Madness looks generally; the surface of Mars is a pretty stunning place. 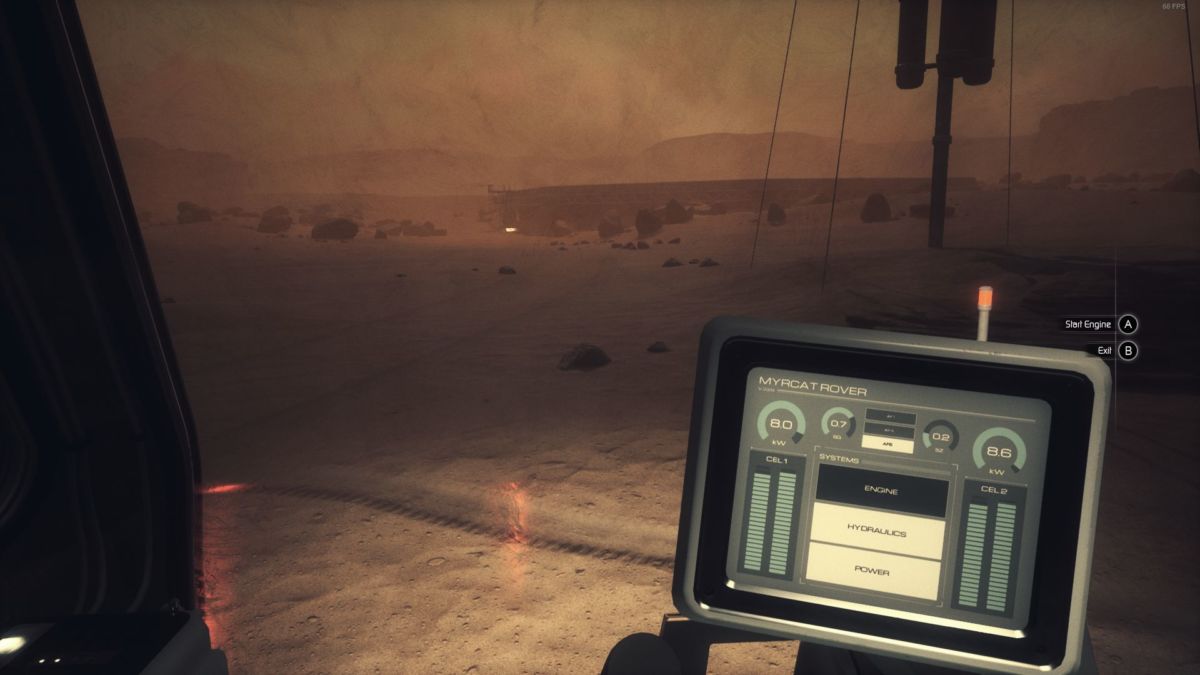 Away from how the main narrative plays out, there are a tonne of documents and files littered around to fill in some of plot’s finer points, which are all well written and work to pull you in even further. Some of them are unnerving on their own, detailing how people succumbed to the cosmic horrors of Mars. Secret World fans, which I am not admittedly familiar with, will likely appreciate the references to that universe scattered throughout, as well as anyone who can’t get enough Lovecraft in their lives.

I do wish, though, that there was more consistency with the voicework, which often doesn’t reflect the tone of what’s going on or what has just happened. Shane’s VO can bizarrely go from being scared for his life to jovial at the drop of a hat, and the actor seems to have lacked the necessary direction for the best delivery possible, for someone to recognise that there needed to be a second take on a line. 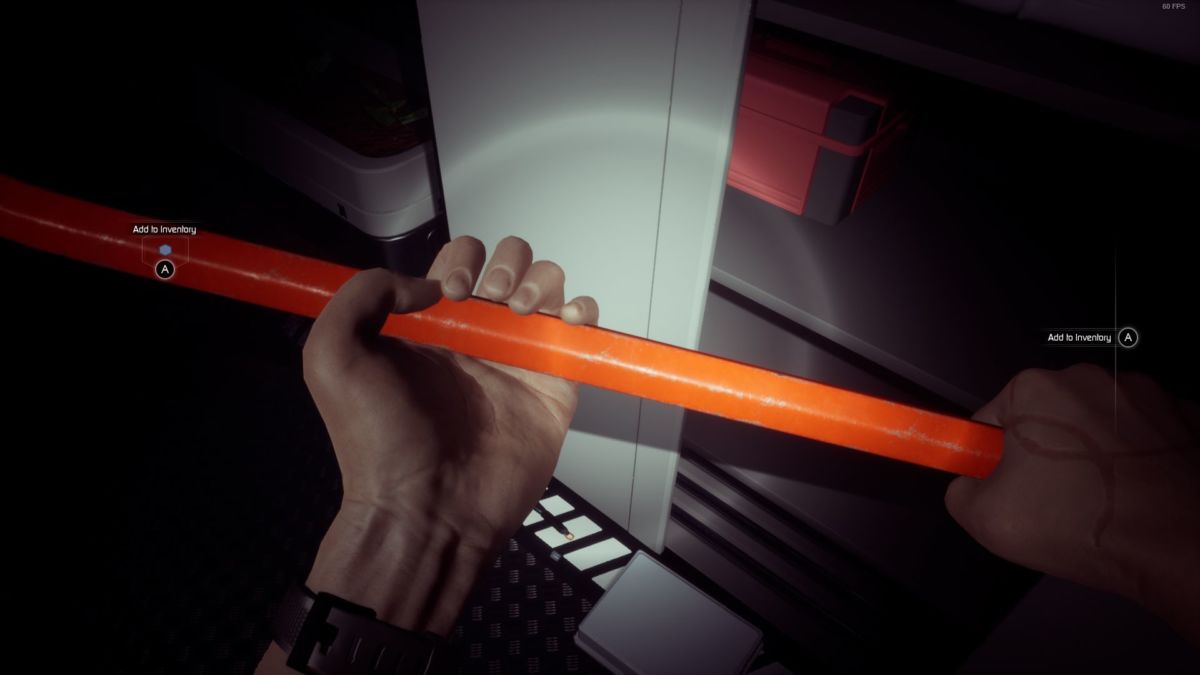 Technically speaking, Moons of Madness is a little manic with frame hitches aplenty on my 1060, i7, 16GB rig with VSybnc enabled as one of only a few games to cause screen tearing on my setup. In addition, a couple of bugs, such as Shane holding an invisible keycard, meant I had to restart from a checkpoint that was some ways back; the checkpointing itself can be a little spotty, too.

Moons of Madness starts strongly with a descent into the depths of sanity that loses it way slightly thanks to a over-reliance on puzzles and tonal inconsistencies. You can do a lot worse this Halloween, however, and anyone who loves Lovecraft will no doubt lap this up.

Verdict
Even if the puzzle density and technical issues may drive you to madness, this cosmic horror still has something unique to offer.
7