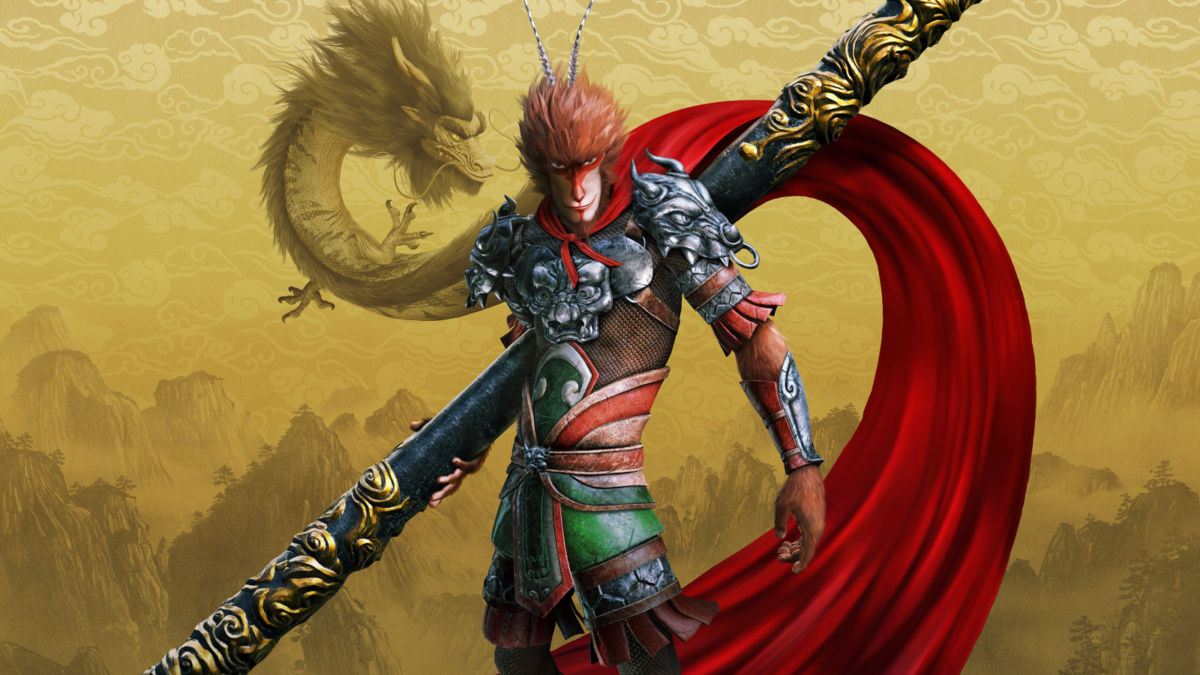 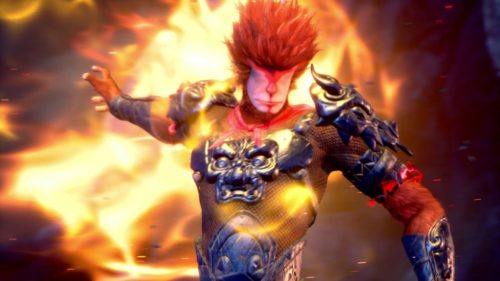 If you’re looking at this review wondering what the hell Monkey King: Hero Is Back is, don’t worry, you weren’t the only one. Based on the Chinese animated movie from 2015, this new game follows the same basic premise as the original movie, only with a little bit more action because, you know, it’s a video game. While movie tie-in games tend to be absolute stinkers, Monkey King is an okay stab at the 3D beat ‘em up genre, but it has its issues.

The story is based on the classic Journey To The West, as Sun Wukong a.k.a. Dasheng is imprisoned by Buddha after defying the Heavens. Reawakened after 500 years by a young boy named Liuer, he’s told that the only way to unlock his still suppressed powers is by doing good deeds. With the help of the former Heavenly general Zhu Bajie, our three heroes set off to investigate a spree of kidnappings. 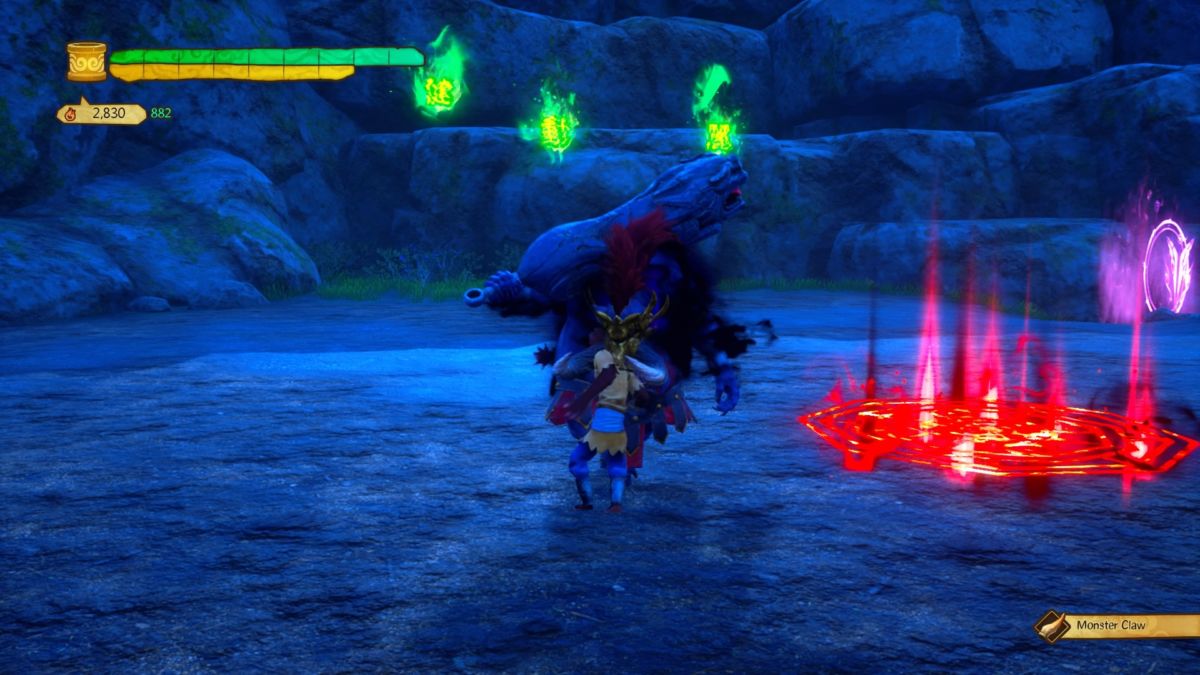 It’s hard to escape the feeling that the game’s narrated prologue, depicting Sun Wukong’s assault on the Heavens and his eventual imprisonment, would have made for a much more interesting game than just a simple retelling of the film’s plot. Controlling a fully-powered Monkey King as he tears his way through the various deities could have felt like the Chinese Mythology take on God of War.

The overall plot is nothing to write home about. Dasheng spends the majority of the game being a massive jerk, as the only reason he’s given to do good is because he’ll get his powers back. There’s no sense that he’s learning a lesson for his transgressions from 500 years ago, only that he’ll be strong again if he does enough good. It’s a motivation that’s only going to take someone so far, so his inevitable redemption doesn’t feel earned. 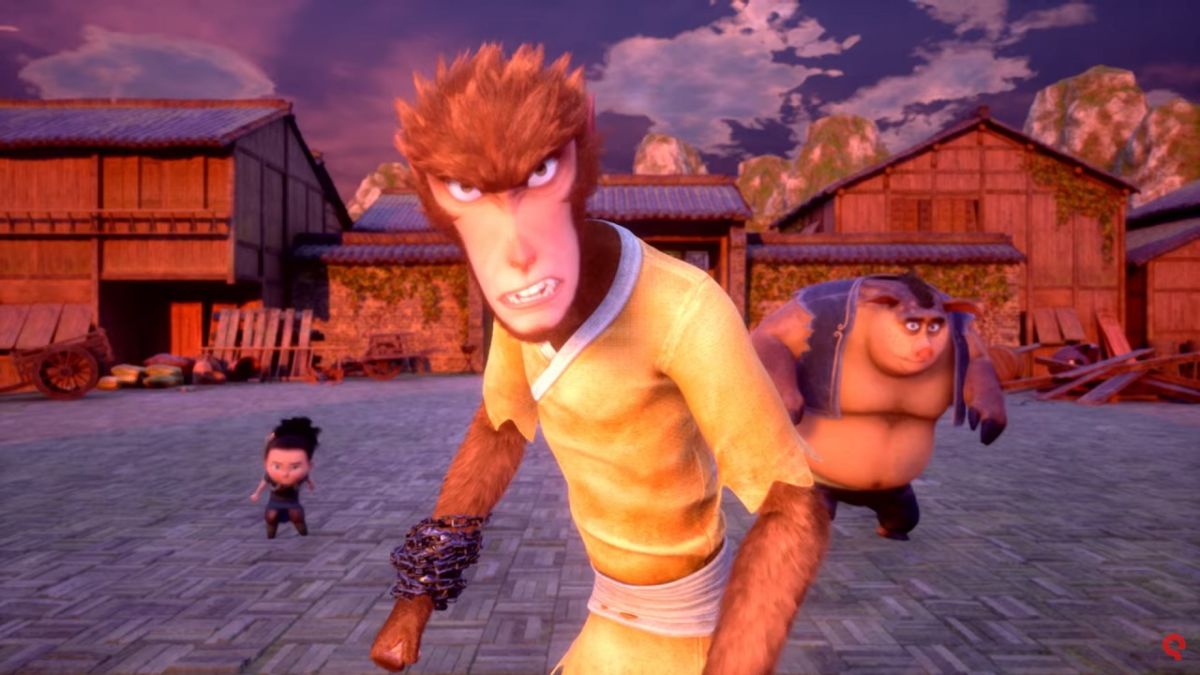 The English voice acting is also pretty bad. Liuer’s voice has this annoying, “nails-on-chalkboard-like” quality, which isn’t helpful when he decides to shout “impressive” during combat like the world’s worst Devil May Cry style announcer. Dasheng also sounds like he’d rather be doing something else, which fits into his arrogant character I guess, but again, it just makes him come across as unlikeable.

At least the graphics are nice to look at, with character models that are authentic to the source material. As much as you might want to mute the TV whenever Liuer shows up, it’s hard to deny that he looks like he’s been lifted straight out of the CGI movie. It’s still not the prettiest game in the world, but you take the positives as they come. 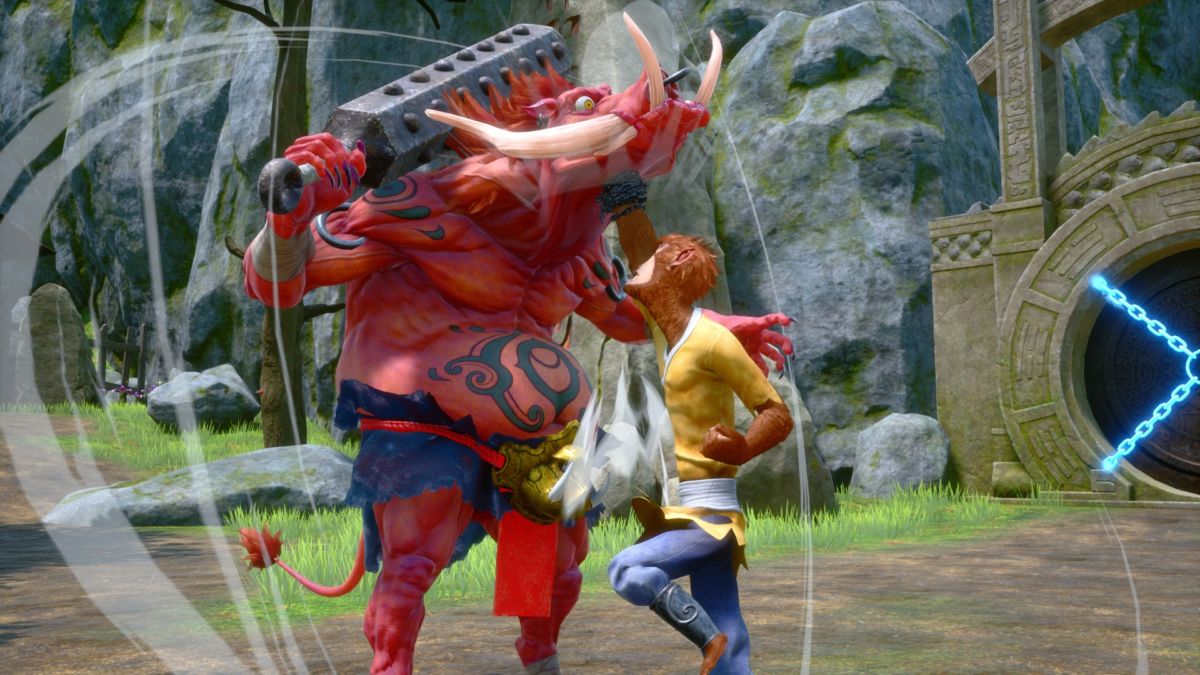 The gameplay follows the standard 3D brawler format, as square handles light attacks and combos while triangle launches a single heavy attack/combo ender. Circle lets you pick up weapons and X is jump, which opens up the combat in new ways. There’s also the opportunity for stealth, as you can crouch with L2 and utilise surprise attacks to takedown opponents when they’re off-guard.

Aside from a dodge mapped to R2, Dasheng has two defensive-focused abilities that can turn the tide of battle, if you have the right timing of course. Pressing square as an opponent attacks activates a one-on-one minigame where you mash square some more to batter your enemy. Pressing triangle just before an attack performs a purge, a counter hit that can either one-shot weak enemies or deal high damage to bosses. The camera will zoom in on the blow and time will slow down to show the impact, which makes the move feel more gratifying to use. 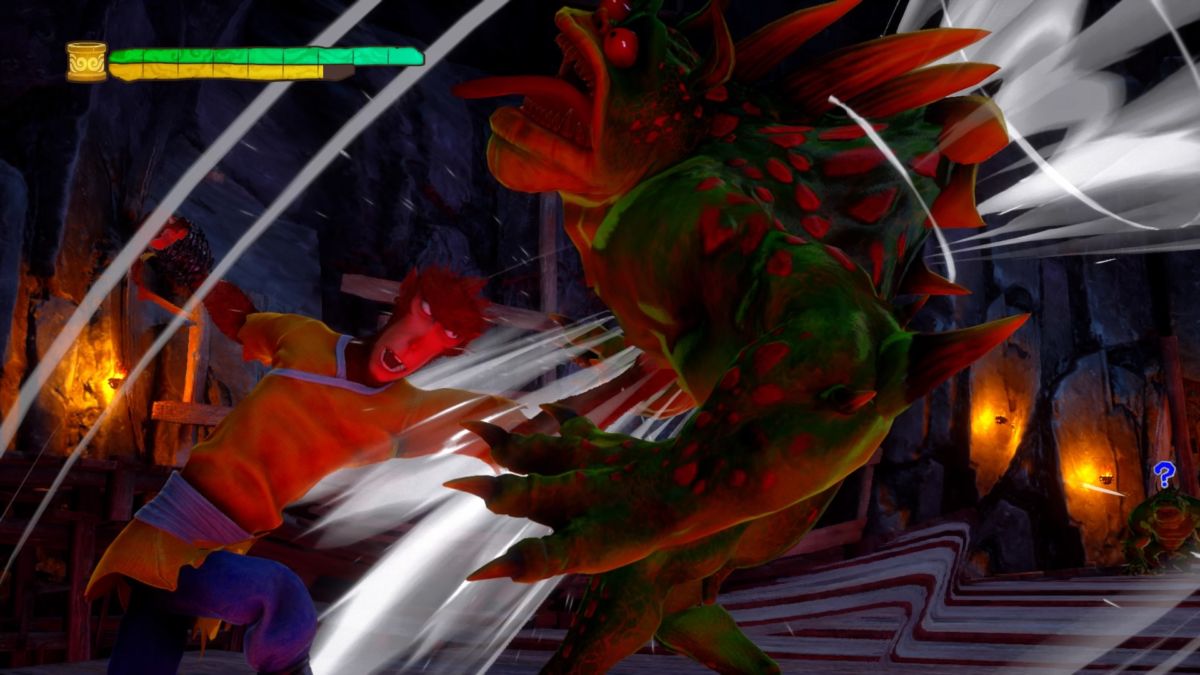 During your journey, you can collect Red Souls from fallen enemies to level up abilities that you unlock throughout the course of the game. These new abilities help to keep the combat fresh in certain ways, though activating them can break the flow of battle sometimes. You can also find Earth Gods hidden throughout the environment that allow you to upgrade your health, magic pool and technique, which makes collectible scavenging useful. Technique is particularly useful, as it adds additional hits to your combo, improving the combat somewhat.

Unfortunately, the combat suffers from repetition in all forms. The simplistic nature of the basic combos means you’ll be using the same attacks throughout the whole game, no matter how many extra light attacks are thrown on top of it, while the one-on-one/purge mechanics only have a few animations each. You’ll inevitably get tired of seeing the same body blow or uppercut after the 10th time.

The enemies you face throughout the game also fit the same basic archetypes that are introduced within the first two hours, and even certain bosses make multiple repeat appearances, especially during the latter stages of the game. It’s hard to get invested in a game that’s so committed to recycling its own ideas during its short run time.

Monkey King: Hero Is Back isn’t the high-water mark for gaming in 2019, as its flaws are clearly evident. There’s a decent beat ‘em up nestled in there somewhere, but the weak storyline, bad voice acting and the constant repetition serve to undercut the game’s values.

Verdict
Hero Is Back is a decent beat ‘em up, held back by too much repetition over its short run-time to make it worth recommending.
5
Cultured Vultures is a pop culture website established in 2013 covering all things gaming, movies, and more. We eat your words.
All The News On The Biggest Games