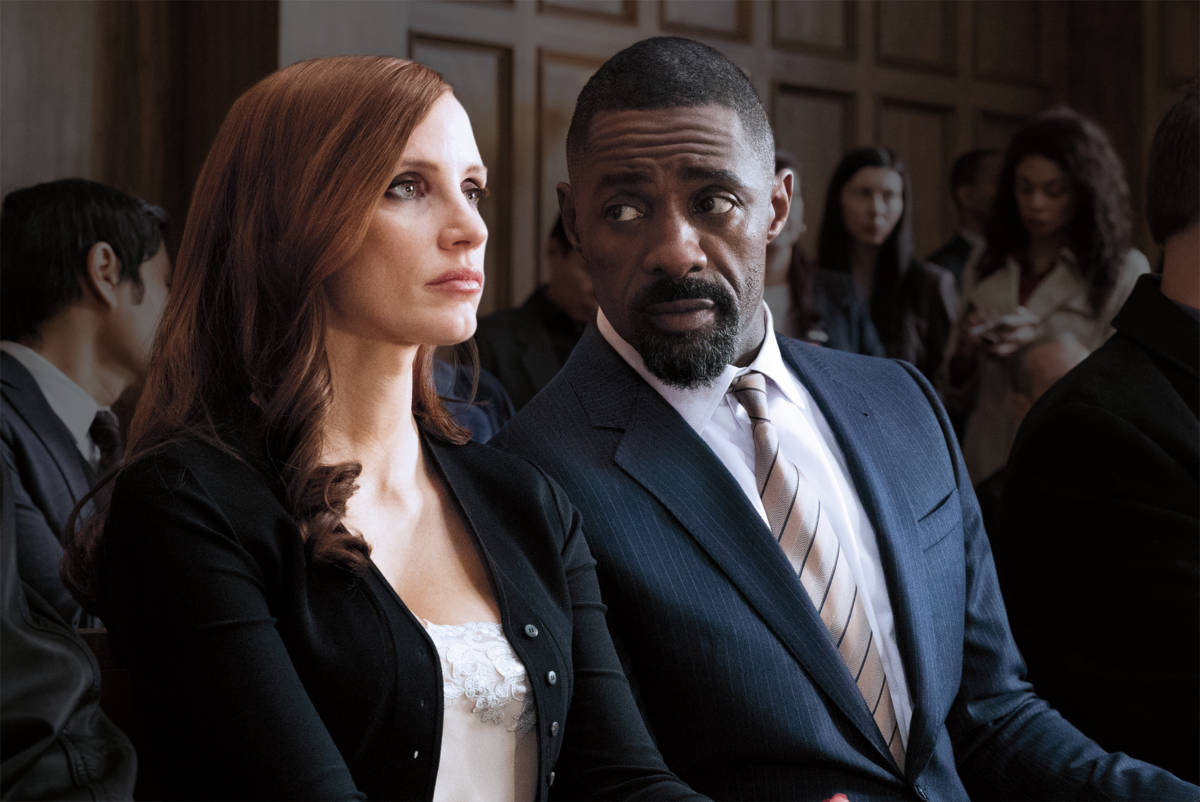 Chastain masters what so few people are able to accomplish: the speed at which dialogue must be spoken in a Sorkin project. There’s no denying just how talented Chastain is as an actress. As Molly’s Game draws all of the attention, it needs to be mentioned that her best performance in 2017 came about in the underrated gem, The Zookeeper’s Wife.

In taking a stab at directing, Sorkin brings the true story of Molly Bloom (Jessica Chastain) to the big screen. It’s an interesting story worth telling: Bloom grew up with Olympic dreams at skiing and the film’s first ten minutes alone delivers so much backstory, but it’s important to keep up with. With her dreams faded, Bloom puts law school on hold and enters the world of underground poker. Her new lifestyle isn’t the healthiest and she’s soon asking defense lawyer Charlie Jaffey (Idris Elba, playing a fictionalized version of her attorney) for help. Without Chastain and Elba’s chemistry, the film would be dead in the water. While Molly’s Game isn’t perfect and has its own faults, their chemistry together isn’t one of them.

It’s interesting that Sorkin decides to tackle a story that –while protecting the guilty– includes people that he’s worked with or wants to work with. One has to wonder how that’s going have an effect when it comes to casting future projects.

The one big beef in casting is this: as good as Chastain is, she looks nothing like Bloom. It’s another case of Jewish erasure and it would be interesting to see if there will ever be a version of this film that stars someone who –not to take anything away from Chastain’s commanding performance– resembles Bloom, like Mayim Bialik. Would Bialik be able to handle the speed at which Sorkin dialogue must be spoken on screen?

In spite of all this, Sorkin’s script and direction of the film manage to leave a lot on the table with some questionable decisions. With a running time close to two and a half hours, the film is over-bloated in length and surely Sorkin could have been able to cut it down to an even two hours. At the end of the film, and even though it may cross into spoiler territory, Costner and Chastain are sitting on a bench and it’s a scene that very much feels as if it had been written and filmed explicitly for awards contention than anything else. The only purpose that it serves is for Molly’s father to give her a pep talk. It’s not even possible that Molly’s dad, in any universe, would just happen to show up at the same ice rink where Molly just happens to be skating of all places, purely to have a Oscar-y pep talk with her.

Sorkin’s direction of the film is aided by cinematographer Charlotte Bruus Christensen and Oscar-winning production designers David and Sandy Wasco. It’s important that the film is able to let the characters come alive against the rapid talk of a Sorkin screenplay.

One should not enter Molly’s Game with the expectations that it’s going to be The Social Network, A Few Good Men, Sports Night, or The West Wing. Sorkin does his best work when he’s writing, not directing. Molly’s Game just doesn’t meet the high standards set by prior Sorkin projects.

Following its world premiere this past September at the 2017 Toronto International Film Festival, STX Films releases Molly’s Game in select theaters on December 25, 2017. The film will expand nationwide on January 5, 2018.