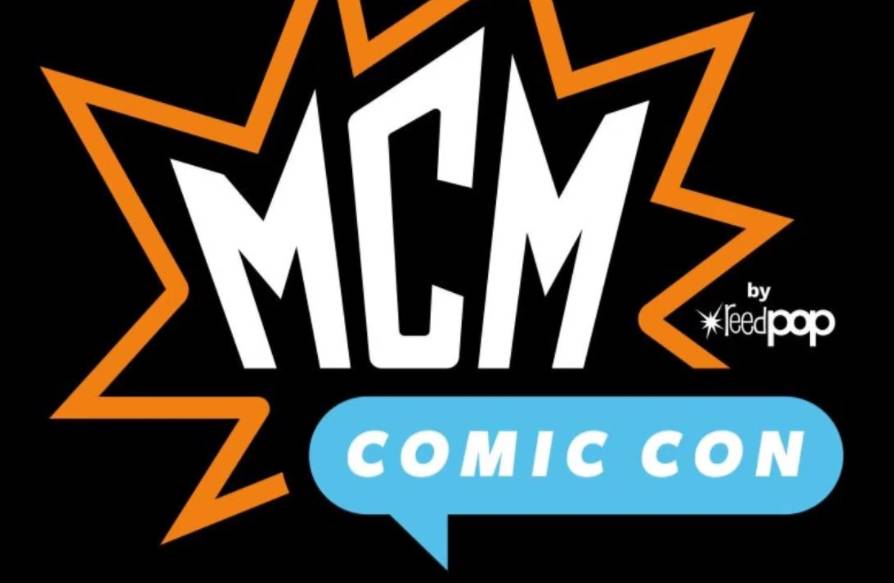 Going to a big con for the first time can be a slightly unnerving experience. You have to dodge large cosplay props, you have to queue for toilets, you have to sound like a sensible person when asking a favourite celebrity to sign a poster for you and you’ll probably fall over people’s bags. (Actually, that last one was just me.) It can be pretty hard going if you’re not used to it. At least the Q&A sessions are generally quiet and sedate affairs, right?

Well, Michael Rooker’s Q&A session was not in the least bit quiet or sedate, and it was all the better for it. He ran about the entire con hall, up and down every row, the camera crew alongside him, sticking microphones in people’s faces and answering question after question after question. (Bear in mind, the man is 62 years old.) It was mad and extremely entertaining. Here’s a rundown of everything we learned:

Michael Rooker can easily climb onto stages, but chooses not to. He and the MC did a little climbing-onto-the-stage skit before the Q&A began and frankly there could have been no better introduction.

Michael Rooker is much better with children than Yondu is. A little boy spoke up that Yondu’s death in Guardians of the Galaxy 2 made him cry, and the whole room simultaneously went “aww.” (It still hurts us all.) Rooker picked him up, gave him a big hug, and reassured him that Yondu wasn’t really entirely dead. After all, there was that arrow at the end of the movie! And he made sure to compliment the child on his cosplay, because he was a picture-perfect baby Yondu.

Michael Rooker once nearly died choking on a lemon drop. And he recounted that story to Comic-Con in hilarious detail, even describing the part where he felt his vision going black, yikes. But thank god, someone was around at the time to give him the Heimlich manoeuvre, and the lemon drop ended up embedded in the wall. Just as well, because aside from everything else, there’s no chance in hell he wouldn’t have been pissed to die that way.

Michael Rooker enjoys Pokemon. So much so, it seems, that when he encountered a con-goer in a Pikachu outfit he insisted she share her Pikachu impression with the crowd. She did. And also he did.

Michael Rooker enjoys getting paychecks. And he mentioned so frequently.

Michael Rooker will, under certain circumstances, help you get a date. A little boy asked Rooker if he was single, “cos my mum’s looking.” Whether it was actually the child’s idea to ask that question, who knows, but Rooker took it all in stride and brought the mum in question right to the front of the stage. Then, he attempted to find a boyfriend for her. What a fantastic first-date story that would’ve made. (P.S. Michael Rooker is not single. He’s actually married with two daughters!)

Michael Rooker has no time for “would you smash” questions. When asked one, he dramatically turned away. Come up with something else, guys!

Michael Rooker may have stolen a few things from the Guardians of the Galaxy set. He is a space pirate, after all. And he doesn’t know where Yondu’s famous arrow ended up once the movie was done. Perhaps those two things are unconnected… but probably not.

Michael Rooker also has a souvenir from the Days of Thunder set. He spent the whole day wearing a snazzy red-and-white baseball cap. Turns out it’s from the 1990 movie Days of Thunder, which he starred in alongside Tom Cruise and Nicole Kidman.

Michael Rooker doesn’t always understand British accents. He’s not entirely sure what the World Cup is either. But he wishes the red guys luck!

Michael Rooker wants Yondu to get his own movie. Because of course he does! And to the extent, in fact, that he yelled “YONDU WANTS HIS OWN MOVIE!” very loudly to the crowd. And every last one of them agreed with him.

Michael Rooker has some theories about Yondu’s Ravager outfit. You ever noticed those three little arrows on the front of it? Apparently they’re for playing darts.

Michael Rooker LOVED playing Mary Poppins. Yep, his favourite line in Guardians of the Galaxy 2 was “I’m Mary Poppins, y’all!” Can you blame him? And he was shocked, shocked, to learn that Princess Leia did a similar Poppins thing in The Last Jedi.

Michael Rooker did not lose his house in the California wildfires! It only came within ten feet of his house in fact. He was lucky!

Michael Rooker believes Yondu deserves the utmost respect. As do we all, but Rooker takes it to another level. Yondu may be technically dead, but he’s not gone! “Didn’t you see the arrow of his energy shooting off into the cosmos?” And he was appalled when someone told him they only cried for a few seconds over Yondu’s death. “That’s all? A FEW SECONDS?”

Sadly for everyone, the Q&A session could only last for twenty minutes. (Rooker himself pointed this out in the beginning of the panel, by holding up the countdown clock to the audience, no less.) Once those twenty minutes were up he was gone, tornado-like, out of the hall.

Luckily, he was replaced by his buddy and occasional co-star Sean Gunn! Sean Gunn’s Q&A was actually a bit more quiet and sedate, but no less entertaining. He covered his dual roles as Kraglin and Rocket Raccoon in the Guardians films, as well as his time on Gilmore Girls. But wait – Rooker couldn’t resist sticking his head into the hall one last time. “You were an amazing Rocket! Crawling around all day long!” he shouted at Gunn from the door. “This man is a genius!” And then, after a tiny bit of banter, he was gone again. Let’s hope he comes back to Birmingham sooner rather than later and brings all that energy there again.