Who ya got this year? 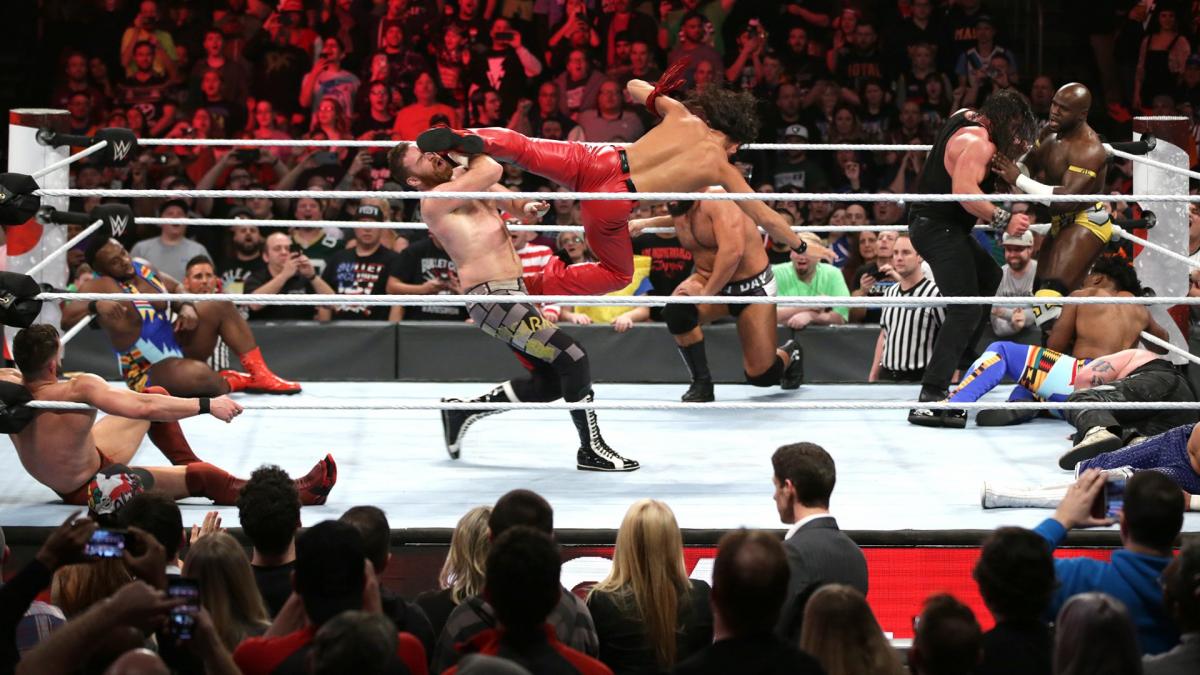 The annual Royal Rumble pay-per-view is just around the corner and the hype is as electrifying as ever. With two huge Royal Rumble matches to look forward to, one for the men and women of the WWE roster respectively, there’s plenty of potential winners to choose from, some more obvious than others and a few that could indeed pull off an upset victory.

Each year, one lucky WWE superstar is plucked out of the locker room to outlast 29 other competitors, in order to receive a championship match at the ‘Showcase of the Immortals’ that April. Last year’s men’s Rumble saw Brock Lesnar picking up his second Rumble win, will we see a repeat winner again this year or perhaps some fresh blood in the very exclusive hall of Rumble victors?

The go-to prediction this year is of course ‘The American Nightmare’ Cody Rhodes, who many have pegged to be the wrestler that pulls off a huge return-win, circa Triple-H in 2002 and John Cena in 2008. Rhodes has been out with a torn pectoral injury since Hell in a Cell, where he turned the last few doubters onto his side with a valiant effort against Seth Rollins in the show’s main-event.

Most assumed that Cody would be shoehorned into a Rumble return ever-since the confirmation that he’d be taking time away from the squared circle, and with so much hype material being aired about Rhodes, as well as his recent plastering over the company truck’s WrestleMania promotions, all signs seem to point towards him making a big comeback at the Rumble.

I for one would love to see Cody score the big Rumble win, as it would cement his newfound status as a major player within WWE’s ranks. It may be a bit of an anti-climax considering that many have already speculated his win, but you can’t deny that it’ll spark a little something in your soul, akin to when the likes of Stone Cold and Shawn Michaels scored their last eliminations to win their own Rumbles.

Bit of a left-field prediction here, but Karrion Kross has a very high chance of going the distance in this year’s Royal Rumble match. Kross returned to WWE in impressive fashion, pitching himself as a main-eventer by attacking the likes of Drew McIntyre and The Bloodline. Despite not actually receiving a championship match just yet, Kross has managed to hold onto this aura that gives him that credibility of being a potential leading star, along with his wife Scarlett.

Obviously, Triple H has a lot in mind when it comes to former NXT talent like Kross, and what better way to boost his momentum than with a shocking Rumble victory this year. Kross has the look and the status to pull it off, perhaps eliminating someone like Brock Lesnar in the final two to give everyone that ‘wow’ moment.

If anything, a Rumble win, or at least a decent run within it, could be the last opportunity to truly give Karrion Kross the presence that they’ve hoped for since his return. Time’s ticking.

Sheamus had a brilliant end to 2022, scoring a rightfully-earned Match of the Year contender against Gunther in Wales, and then leading a WarGames team against the dominant Bloodline. Sheamus was poised to start 2023 on top, a potential challenger to Roman Reigns’ unified championship, however plans changed last minute with Kevin Owens instead taking the spot.

‘The Celtic Warrior’ hasn’t lost any popularity or momentum though, and could easily find himself slotted into a major championship match come this year’s Mania. Now, Sheamus has already taken to social media to initiate his run for the Intercontinental Championship (major rematch with Gunther, yes please).

However, therein lies potential new ground for a Rumble victor. To this day, the winner has never used their contracted title shot to challenge for a midcard title. Some may turn their noses at this, but hear me out, if WWE want to make the IC and US championships as prestigious as they once were, then what better way to get the world talking about them than by having the Rumble winner challenge for said title.

We’ve already had Austin Theory cash-in his Money in the Bank for the United States championship, how about a Great White goes for the IC gold with a Rumble contract?

Arguably, the most popular WWE performer this year is the ‘Honorary Uce’ Sami Zayn. Zayn captured hearts and minds as part of his ongoing Bloodline story, leading many to believe that at some point in the next few months, Reigns and his family will eventually exile Zayn, turning him babyface in the process and giving him the excuse to finally have a pop at the champ.

What better way to cement that turn than by allowing Zayn to pull off the miracle victory, surprising everyone within the Bloodline and winning the Men’s Royal Rumble match. I get Batista-2005 vibes from this potential story, with Roman Reigns pushing Sami to either pass up the opportunity to face him at Mania or forcing him to agree to take the fall after a telegraphed finger poke of doom.

This is what WrestleMania moments are made of, the crowd being fully behind an unlikely hero having to take down an unstoppable force. Let’s not pass this up, Hunter.

Anyone else wondering why exactly WWE decided to call this Royal Rumble ‘electrifying’? Many have assumed that Dwayne ‘The Rock’ Johnson may be making a rare appearance for his former home to set up a WrestleMania programme with Roman Reigns.

It’s hard to argue that there’s money in this match, something that has been talked about for years. However, is this the right time and place for The Rock to make his return and convincingly challenge his cousin for the title? I personally think that with the many changes that have happened under Triple-H (whether they’re going to last now that Vince is back or otherwise) that giving someone like Dwayne the honour of a Rumble win is off-the-beat.

Cody, Sami, Sheamus and even Kross would all be more suitable winners than The Rock, if WWE were serious about finally giving actual pushes to newer talent. But with the former chairman now back in the fold, the era of nostalgia may not be over just yet.